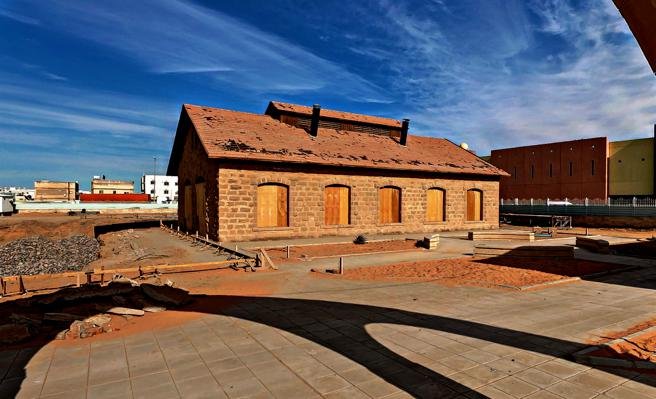 Tabuk was always a major center of trade sitting right at the spot were Arabia meets the Levant, connecting the South to the North. And rightly so, the Tabuk railway station was one of the biggest junctions on the marvelous Hejaz railway line that ran through the deserts of Arabia. Although now defunct, one can still witness Ottoman construction expertise in this century-old junction. The Tabuk railway station looks like an exact replica of the station at Mada’in Saleh, another stop on the enigmatic Hejaz railway.

Today, the station is located right in the heart of the city of Tabuk and consists of a group of buildings constructed in a straight line parallel to the railroad. The entire premises covers an area of approximately 80,000 square meters, which has recently been renovated and is in a good condition. One can see remains of railway lines, rolling stocks, iron crossties and a small workshop at the site.

All Photos Sourced From: scta.gov.sa