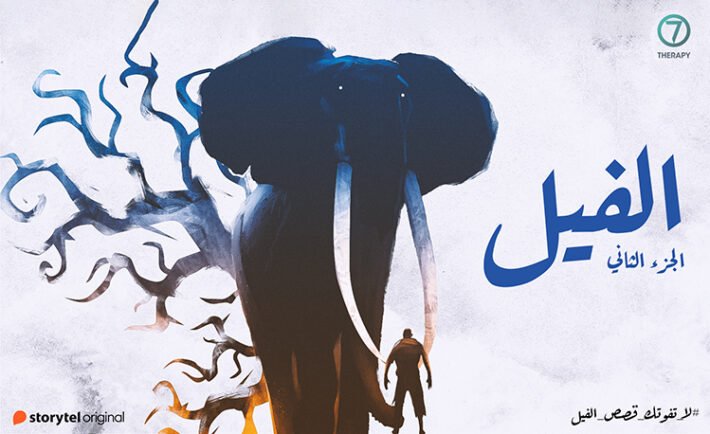 StoryTel Arabia is an audiobook podcast application influencing and inspiring listeners with a series of podcasts varying in different genres.

‘Al Feel’ is spreading awareness all over Egypt, the Levant, and Saudi focusing on mental health. With each episode, we are introduced to a real-life story of someone experiencing a psychological disorder, and in the same episode, we listen to a therapist respond to this story.

The 18-episode podcast was released on the 14th of February launching its introduction to season 2 of ‘Al Feel’ introducing and raising awareness about the different psychological disorders!

In collaboration with the online platform O7 therapy and their team of competent therapists, Storytel wrote responses to each and every story they received anonymously from people facing mental health challenges.

The 30 mins episode expresses inspirational, emotional, motivational, helpful, and warm words while you embark on a journey of mental health awareness of stories collected from all over Egypt and presented to Saudi and the Levant right from the perspectives of the storytellers.

From depression to OCD, a psychiatrist is seated opposite to the storyteller during each episode to discuss the disorder at hand and tries to give advice on dealing with this disorder. The episode also tackles how to support and help someone struggling with that psychological disorder.

With ‘Al Feel’, we get the chance to dive deeper into the wide spectrum of mental diseases from obsessive-compulsive disorder, depression, borderline and personality disorder to bipolar disorder, gender identity disorder, agoraphobia, complex trauma, excessive idealism, OCD, and psychosis.

Some other disorders portray the Arab perspective on obesity and the extreme impact on an individual’s health and emotional security, what victims of rape are exposed to and its accumulated impact during their adult years, how a person can regain his identity and psychological pressures in the work environment, effects of education on the formation of one’s personality, self-confidence and self-love, avoidant personality and its challenges in social circles, overcoming post-traumatic stress, excessive attachment in which people could highly tend to surpass unhealthy relationships, and lastly children with ADHD.