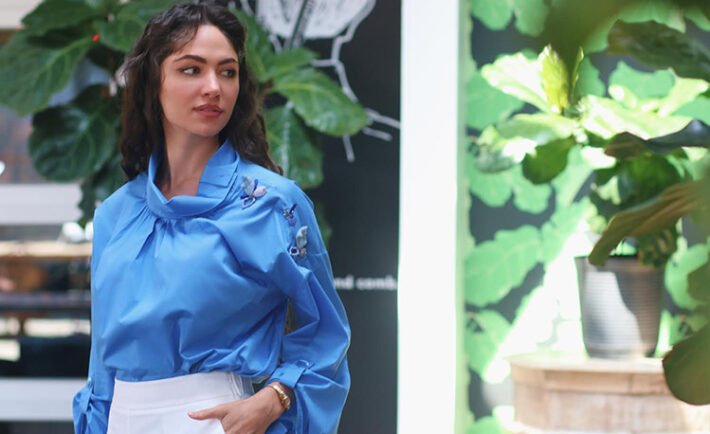 The Saudi Film industry has seen catapulting success worldwide with stories that highlight local narratives and shed light on the talent in the country.

One such star shimmering in the universe is Saudi actress Sumaya Rida. She, with her versatility, has been able to don many hats portraying memorable characters in genres ranging from horror to thriller and more, appearing both in tv and film.

I had the opportunity to have a one-on-one interview with Sumaya, diving deep into what inspires her while looking at how these recollections ultimately prompted her to pursue her true passion… Acting.

So what inspires Sumaya when she settles into and takes the persona of her character?

She shares, “My primary inspiration is humanity. I want to reflect on humanity and what makes us human, and I think at some point each needs to discover who they are and we need to overcome all limitations we placed on our humanity,” adding “I want to tell our stories to the world. I want to feel, I want to emote, I want to risk and share. This is what got me into this; it is a form of art.”

Upon being asked about seeing the art in the nuisance of acting, she states, “When you see any art, like when you see a painter, you can say this is his painting, his piece and his view of the world the same applies to actors and their vision.”

Sumaya first embarked on her cinematic journey at the young age of 12. However, she says that she didn’t plan for it, adding that her father had a Sony camera, and she used to take it and make movies with her family. 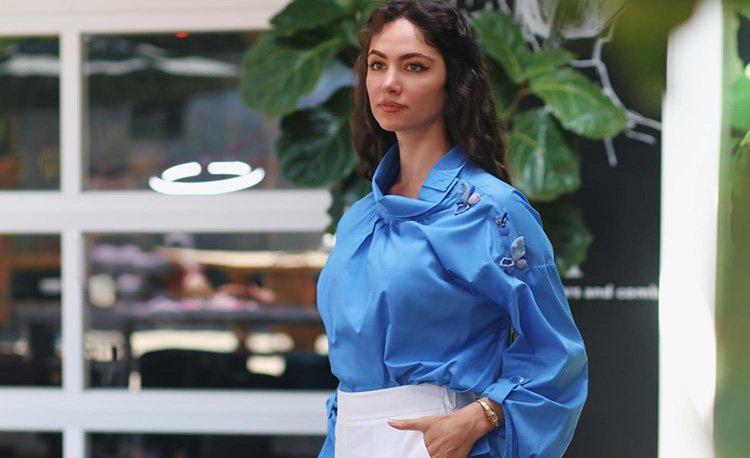 “I was lucky because my dad used to lend it to me (the sony camcorder). I used to record family members, and I started to make scenarios and stories. I had my sister and brother acting in them, and I sometimes acted by placing the camera somewhere. We used to make short movies; it used to take us a couple of days to make. Then, at the end of the project, the family would sit and watch the short movie that we made.”

Adding that “I used to act in the school theatre, in Saudi where we acted in plays meant to raise awareness,” explaining, “I moved to London to finish my high school. This was the cultural shift for me; it was when I was most exposed to the world. I studied business.”

Pausing while having the biggest smile on her face, Sumaya says, “What’s funny is that we used to shoot advertisements for the university as a part of our assignments; we studied marketing. “The faculty of arts and performing art was next to the faculty of management, so I used to see actors coming and going all the time, every single day. I never imagined that I would one day do this, and I think when it’s destined to happen and you see signs from a very early time. It’s up to you whether you take the initiative or not.”

She continues, “What I think determines your fate is you see signs everywhere. It’s up to you whether you do something about it or not.”

After returning to Saudi, she met director Ali Alsumayin in what she says was a mere coincidence; it was like fate Sumaya gleefully admitted. “ I was in his office, and I saw him and his team preparing for a show, and I wanted to be part of it. I took the initiative and asked him. I was like, I want to be part of this. He was like, ‘okay, record an audition for me.’”

At that time, Sumaya didn’t know what auditioning was, only having an academic background up till this moment. However, it only made her more determined, “I wanted to do everything in the right way, scientifically. So I did the audition and the research, I got the role, and then I went abroad, I took private lessons, classes, and short courses, and this is how I started.”

So, how does Sumaya prepare herself for her characters mentally?…“I think every person has a little world inside of them. I study my characters very well. If I don’t have what it takes or haven’t experienced certain things, I go and do my research, try to get into the character’s shoes, and meet real people.” 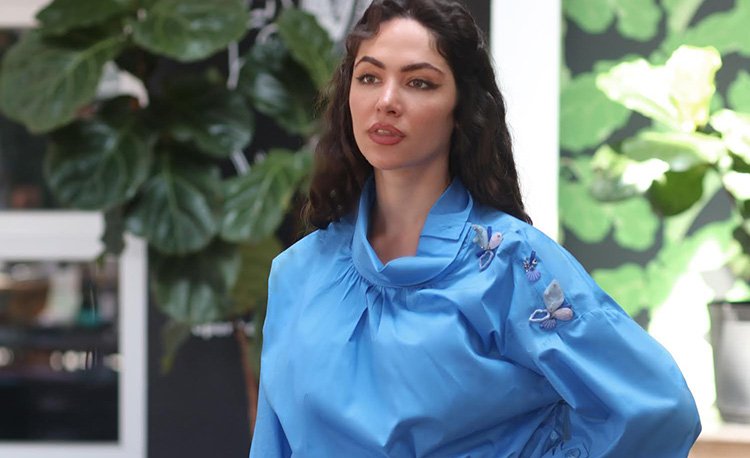 “For me, solitude is key. I have to spend some time alone because I think art is born in solitude. Every artist has to take time alone and away just to get into the mood; once I do that, I land on the character. I do the same to get out of character.

Sumaya has also seen Saudi Cinema evolve, “I see a tremendous change. When I started back in 2017, there were not a lot of Saudi projects. We only had big projects for tv channels, but now I see more independent producers making movies. I see a new wave of young artists and filmmakers coming and leaving their mark on the history of filmmaking, which makes me very happy. I want to see more, it’s an inspiring time, and we have everything we need. We have the support of our beloved government; we have more tools and investors.”

Sumaya’s latest project is a psychological thriller about Muslim woman’s strong independence and the oversharing of personal life on social media. “It is about a woman who overcomes her life challenges in a very unexpected way. One of the movie’s main messages is to emote the strong independent Muslim Saudi woman.”

When asked about genres she would love to try, Sumaya stated that she looks forward to taking part in Sci-fi, thriller, and crime genres; “Acting is not easy at all; you have to dedicate your work life as well as your personal life. So I would love to act in sci-fi projects, something that is outside the box.”