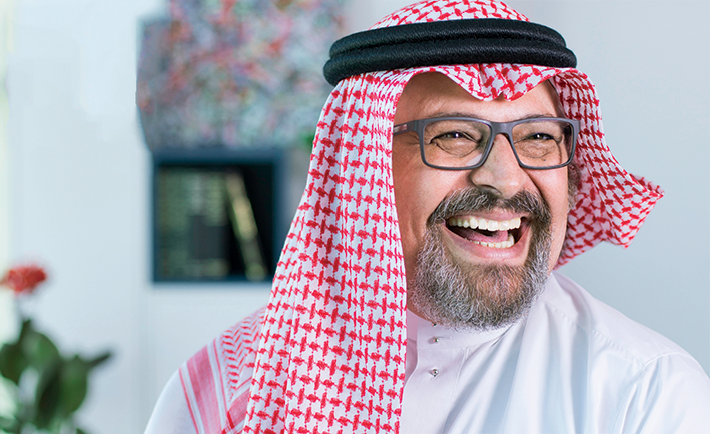 Entrepreneurship, Bob Marley, and the wisdom of Jamal Al Akkad.

We often feature business owners of either young startups or multi-generational family dynasties in Destination. We often talk about their personal journeys, their struggles, and of course, their successes. However, for every successful business owner, there are hundreds struggling to make it.

These men and women deserve a voice. Their stories are just as important as those who have been successful. In fact, their stories may even be more important to you than the business owners that have made it. It is from our failures, and the failures of others, that we can truly learn and grow.

So, who will give the silent majority their voice?
The moment the door opens, the first thing that catches my eye is his perpetual smile. He looks like a man constantly on the verge of laughter. His eyes convey a passion and drive to help the thousands of entrepreneurs he’s worked with, whose dreams he believes in as strongly as they do. He understands them and feels for them. And more than that, he is here to help them.

This, ladies and gentlemen, is Jamal Al Akkad. Al Akkad has founded several entrepreneurship-support organizations, lectured on entrepreneurship across the Kingdom, and been an entrepreneur himself. He is articulate, quick to answer, and well-read. By his own accord, he has had a string of failures in his life which he has gotten back up from and persevered to become the national icon of entrepreneurship in the Kingdom that he is today.

I asked Al Akkad to sit down with us to give us perspective on the entrepreneurship ecosystem. The first myth he debunks is that entrepreneurship means starting a business. Entrepreneurship, as Al Akkad eloquently puts it, is a way of thinking that embodies innovation and creativity; it means approaching problems in non-conventional ways with “no taboos in front of your way of thinking.” Taking a creative idea and commercializing it, is another matter entirely, one that requires the entrepreneur to “come down from 50,000 ft. and start with what is doable and practical.” It’s this step that many entrepreneurs neglect, and why many startups fail.

However, Al Akkad believes that failure is a necessary step in eventual success. In his love to help people achieve their dreams, he pushes them to learn from their failures rather than fear them. He encourages them to persevere, and asks them to reflect on their experiences, because he believes in their capacity to find the answers within.

Al Akkad admits that he often does not know the answers, but then again, neither does anyone else. He famously quotes Bob Marley: “Don’t let them fool you, or even try to school you.” This is the second myth he debunks: no one knows the formula for success, it is something you must figure out for yourself. And, more importantly, your success will be different than anyone else’s success, so don’t try to be like someone else.

Al Akkad also points out that entrepreneurs in various regions of the Kingdom have unique traits that they capitalize on. For example, Sharqiya has long been influenced by the presence of Saudi Aramco and SABIC; these influences have led to entrepreneurs that are extremely committed and disciplined.

Entrepreneurs from Najd, on the other hand, have long been adventurous, brave, and willing to take calculated risks. Consequently, the greatest economic growth in the Kingdom has come from Najd. 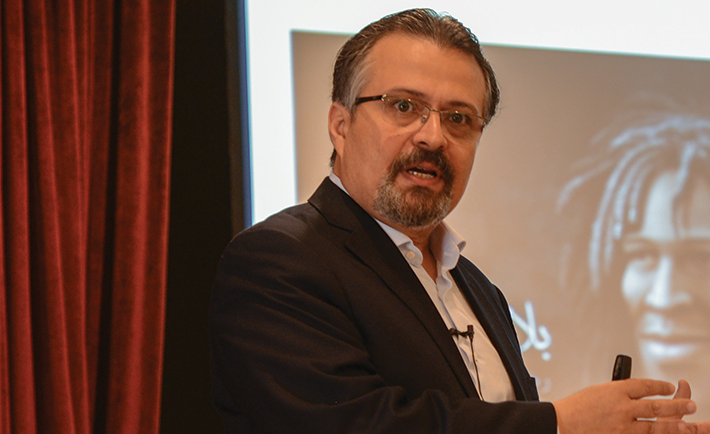 Hijazi entrepreneurs have a unique ability to capitalize on and create new markets, as a consequence of a millennium-old heritage influenced by Hajj and Umrah. As such, Hijaz demonstrates the greatest economic diversity of any region in the Kingdom.

You won’t find this regional analysis of entrepreneurship in any report or textbook. This is Al Akkad’s own interpretation of a field he has spent his life working in. He has leveraged his knowledge of our history and his experiences to weave a philosophical analysis of the ecosystem. In fact, if you were to describe Jamal Al Akkad in a few words, it would be that he is a modern-day humanistic philosopher. He believes that our society would do well to reflect more often on our history; there is a lot that can be gained from knowing what we accomplished in our past, knowledge that can foster our belief in ourselves to achieve more in the future.

When I ask Al Akkad who has made him the man he is today, who influenced him personally and professionally, he starts with his greatest personal influence: his mother. With love and compassion, he professes his gratitude to her for raising him to be a fighter with the heart of a poet. He then turns to his professional influence, and says “My Grandfather,” whose name he speaks with reverence and awe. It is from his grandfather that Al Akkad learned to love life, to focus on his own growth, and not to judge others; essentially, the principles that make Al Akkad the man he is today.

When I ask him whom he idolizes, he mentions Martin Luther King, Jr., because of his “I Have a Dream” speech. Al Akkad strongly believes the world needs more dreamers.

To illustrate this point, Jamal Al Akkad references King Abdulaziz, who, to Al Akkad, was a dreamer; a dreamer who dreamed of a much better world for his people in the early 20th century. He was a visionary, an entrepreneur in his thinking, and today, we are all living the realization of King Abdulaziz’s dream.

“Dreamers are the most human of us all. Everything starts with a dream.” – Jamal Al Akkad