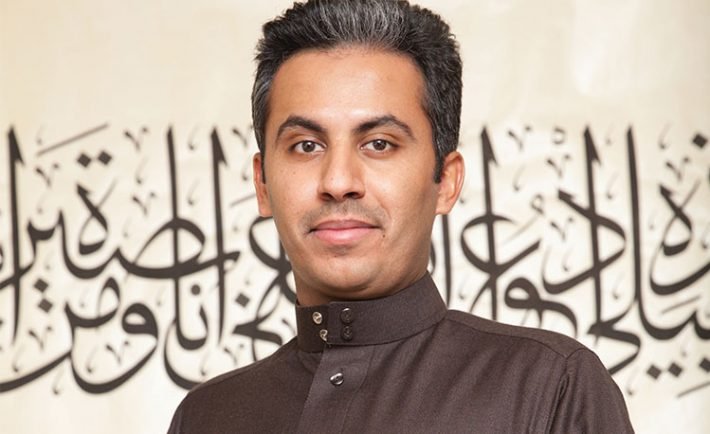 Talk to us a little about yourself.

My name is Fahad Saleh Al Majhadi, born in Riyadh in 1982, first Saudi to receive an ‘ijaza’ (an official license of arts) from the Head of Saudi Calligraphers Nasser Al Maymoon, an ijaza from Mumtaz Durdu, a calligraphy instructor in the Research Center for Islamic History, Art, and Culture (IRCICA), an ijaza from Sheikh Hassan Jalbi, the master calligrapher of Turkey. I’m also the first Saudi to receive a certificate from IRCICA, a tradition dating back to the Ottomans. I grew up in Riyadh, and I love routine. Coffee is another passion and I dedicate ample time for it every day.

Do calligraphers have levels? 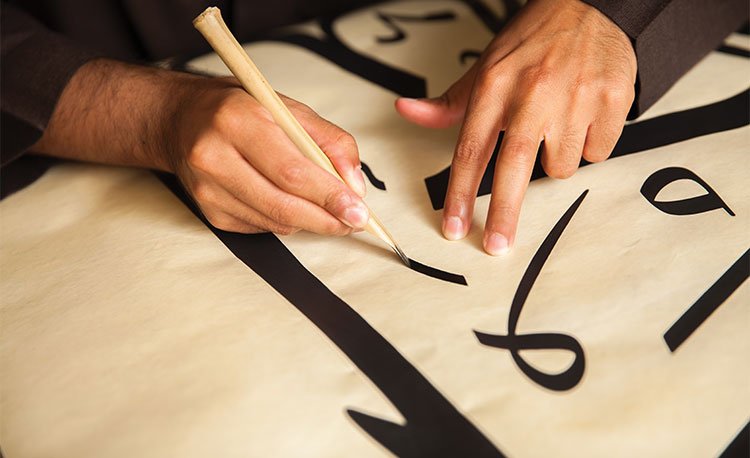 What is the most difficult aspect of learning calligraphy?

In my personal experience, it’s when the calligrapher reaches a stage where his vision does not match his ability, which leaves him frustrated because he can see what he can’t write. But alhamdullilah, my faith in myself and my severe perseverance helped me overcome this stage.

Are there particular tools you have to use, and does the quality of said tools make a difference?

Yes, the tools have a large role, especially when producing paintings. The right paper, as well as good quality ink must be taken into consideration. The best tools are the natural ones, for example ink made of natural resources and by masters of the trade. For the pen, different types of wood are used in accordance to the calligraphy type, the jawi pen is for naskh calligraphy while Turkish or Iranian pens suit thuluth calligraphy.

Who is your role model?

My role model in the field is the titan Othmani Sami Efendi. After Allah’s blessing, my admiration and emulation of him is what helped me reach the stage I am in now, to the point where my fellow calligraphers have titled me Sami of Riyadh.

Do you think the art of Arabic calligraphy has been somewhat neglected these days?

The art of Arabic calligraphy is a venerable one, with many secrets, and it has seen large neglect here due to the lack of cultural artistic awareness in our society. However currently, and after expending a lot of effort by me and my colleagues, there has been a reawakening of the art and interest in it by some officials, which came about after they saw the high level of artistry that the Saudi calligraphers possess and the respect they wield internationally at this time.