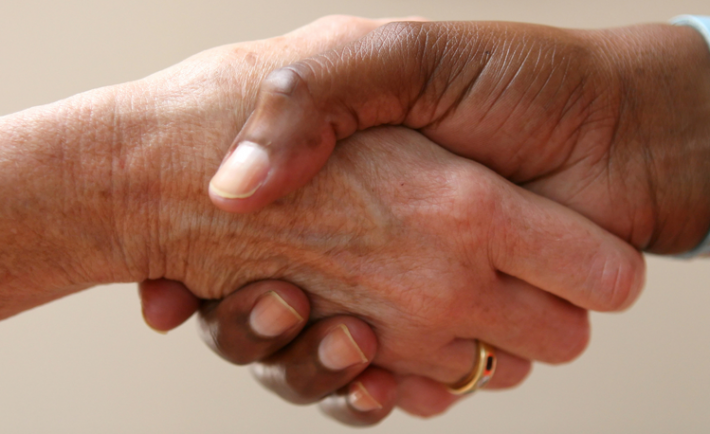 Like the passing of a fleeting vision, the ‘out-of-the-world’ noble characters of our past history, hardly seem more than a chimera in the dusk light. To even think, that an era where traits such as chivalry, benevolence, valour and magnanimity lay rampant, barely seems more than a delusional person’s figment of imagination. But alas, such disbelief embarrassingly just voices aloud our ignorance and illiteracy in regards to our golden history. For indeed, such an era did exist, and not in someone’s fantasy dreamland, but in fact about 1400 years ago.

Without a doubt, then was the time, when people competed to excel in righteousness and were motivated by pure guidance (Quran and Sunnah) and truthful promises of Paradise!

One among such great incentives is the hadith where the Messenger (PBUH) said, “Allah, The Most Great, admitted a person into Paradise because he was lenient in his buying, selling, paying and demanding of his money back.” [Al-Bukhari in At-Tareekh Al-kabiir]

This hadith shows the virtue of being lenient in trade, whereby the Prophet (PBUH) mentioned that Allah granted paradise to a man who was lenient in his trade by fearing Allah in his business and financial transactions. Also by being forgiving towards others; if they struggled to repay their debts towards him and not pressuring them to sell their valuables in order to repay him.

Even though, a world without sellers, buyers and business is categorically wishful thinking, this hadith nevertheless carries a message to each and every one of us, as pearls of wisdom giving glad tidings of paradise.

Furthermore, debt cycle anecdotes are not news to us. We are well aware in regards to the misery of those clouded in debt, we have heard of suicide cases committed worldwide due to the immense despair that a person’s debt brings him. Can we not then, contrive to be patient and helpful to those who owe us? It might not mean much to us, but to those, on whose head debts hang as a never-ending nightmare of despair, it may mean a world of solace and peace.

Moreover, it is important to remember that every business that one ventures in and harvests fruits from, is only by the will and mercy of Allah. Then what, my dear friends, is the need of being deceitful. Further on comes this awe inspiring hadith, ensuring us that if we become fair; Paradise, by the will of Allah, shall be our final abode.

So dear friends, together, let us reconstruct a business world free of hypocrisy, sham and trickery, where honest trade is our motto and Paradise our target. This vision can only be attained by adhering to the rules and regulations of the Quran and Sunnah, for verily in the following of these, lays the success of this world, and even more importantly, the Hereafter’s.

Finally, in conclusion I appeal to each and every one of us to take hold of this hadith as our ticket to Paradise (Allah willing) and instil within ourselves the mannerisms of leniency and generosity in our day-to-day trade.

May Allah grant us success. Amen.