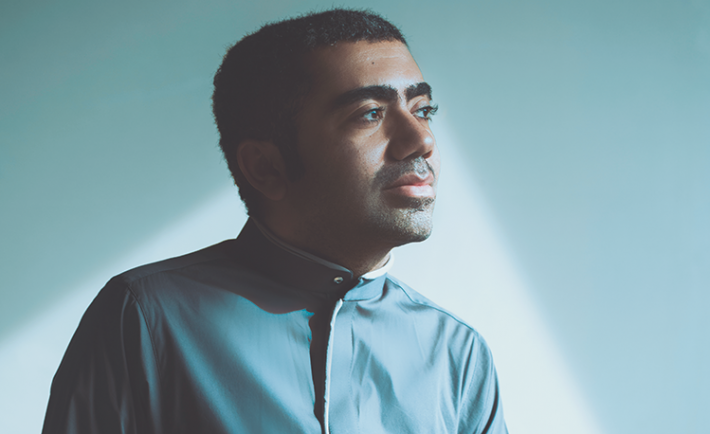 Writing on the Margins.

While boys his age were playing on the streets of Hofuf, Ahmed Al Omran would be reading the Asharq Alawsat, a pan-Arabdaily newspaper— his youthful mind already enthused by politics and current affairs.

His love for reading quickly diversified into a passion for writing. The latter caught the attention of a teacher, who further challenged him in class and gifted him with his very first dictionary. However, instead of jumping into journalism after High School, Al Omran first pursued a degree in Pharmacy at King Saud University, Riyadh to satisfy his father’s wishes.

Al Omran started the “Saudi Jeans” blog in 2004 as a way to practice writing in English. He was one of the first Saudi bloggers in Saudi Arabia whose writing was accessible to an international audience due to its linguistic medium. It remained an outlet for Al Omran throughout his university years. After presenting his diploma to his family, Al Omran finally followed his true calling. He acquired a scholarship and finished a Master’s degree in Journalism from Columbia University, New York.

Al Omran is one of the few international Saudi journalists. Predecessors like Fazia Ambah, who worked at the Washington Post, highly influenced his path. He spent a year working for NPR, before returning to Saudi Arabia to be a correspondent for the Wall Street Journal. His writing has also appeared in the Guardian, the New York Times, and now he works for the Financial Times.

When asked what led him to a path in international journalism, Al Omran replied, “The way Saudi Arabia was being reported on included many examples of poor writing in the post-9/11 period. I believed that I was in a unique position to provide insight into my country because as a citizen I would have far better access to the people and their stories.”

“We are living in a special time, seize that moment to create important and valuable work.” – Ahmed Al Omran