Facebook has been around for several years now and almost everyone you know is on it. It lets you be stupid without anyone stopping you. A place where one can just sit behind the screen and secretly judge you.

These are some of the “types” I have come across.

OMG this person is obsessed with himself or herself!! Uploads at least 15 pictures a day and is usually the first one to “like” their own post. They also like to think the world revolves around them and brag of their fantastic life and first world problems. Guess what? No one cares, Sweetie.

You got laid off from work, your house burnt down, you’re failing, you’re starving, you broke a leg, you’re homeless, you’re sick, basically everything sucks and yet they’ll tell you, “your probelms are nothing compared to others’. So Smile. HOW AM I SUPPOSED TO SMILE? Their too positive outlook on life is very annoying. Too annoying at times. It may be good, but not in front of a person like me.

They turn every personal argument into a social media combat. Because you didn’t take trash out last night, you deserve this. Can’t they just learn to keep a few things personal.

They share/like/repost everything you do! They add your friends and share baby photos. Sometimes you are the one typing comments for them from them, Get it? 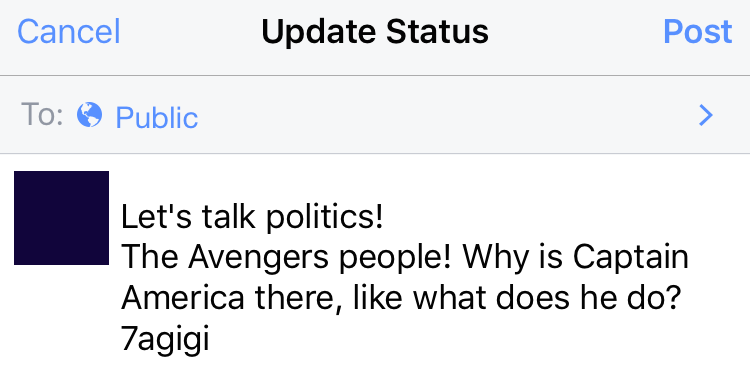 I don’t know what they eat in the morning, but their political and religious views are too extreme. And if you by chance disagree with them on some point then the hatred in their hearts for you is eternal.

Their statuses are so vague. It’s almost frustrating. “I am so shocked!” well, what shocked you? Tell me!! “OMG, I can’t even” what? What can’t you even?? In simple terms, they are attention seekers and like it when they pique others curiosity.

They’re the ones who post match scores every second! Please don’t pollute my feed; I don’t need that in my life. There are so many of them that on match day it almost seems like I’m on a social media that is dedicated to sports and sports fanatics.

They are smart. They don’t post much, but are always on social media. They snoop through your timeline and judge you. But they won’t like or anything. They just want to remain invisible.

Did you recognize your social media personality?