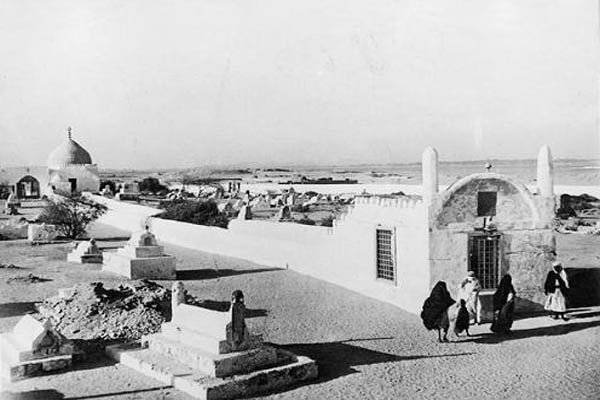 Legend has it that Eve, the first woman created on Earth (peace be upon her), also known as Hawa, was buried in old Jeddah. While there is no absolute archaeological evidence to support this, the legend still remains alive and passed on by generations. Here are some interesting stories related to it.

1. It is estimated that her tomb was around 120 meters long and three meters wide, before its condition began to deteriorate.

2. Even though there is a sign written by the cemetery gate that reads “Eve’s grave,” there are no headstones or names that mark the exact spot that Eve is buried.

3. This was done to prevent people from venerating the site.

4. According to a tale, Jeddah was named after our universal grandmother Eve, since Jeddah means (grandmother) in Arabic.

5. However others argue that Jeddah got its name from its location, and it was originally pronounced “Juddah” which means seashore in Arabic.