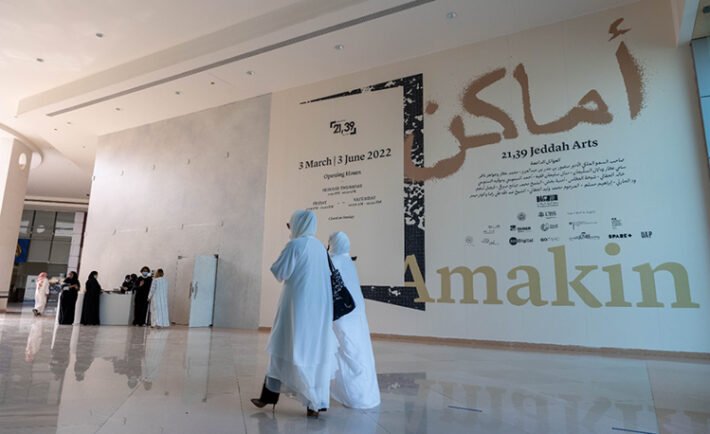 This year’s exhibition has been curated by art historian and curator Venetia Porter and will open to the public from 3rd March – 3rd June and will then be hosted by Ithra, Dhahran from 30th June to 30 September 2022.

Inspired by the song of Mohamed Abdo, al-amakin kullaha mushtaqah lak or ‘all the places long for you’, for Amakin, Venetia asked contributing artists: ‘take us into your makan: a place you love… somewhere real or in your imagination.’ 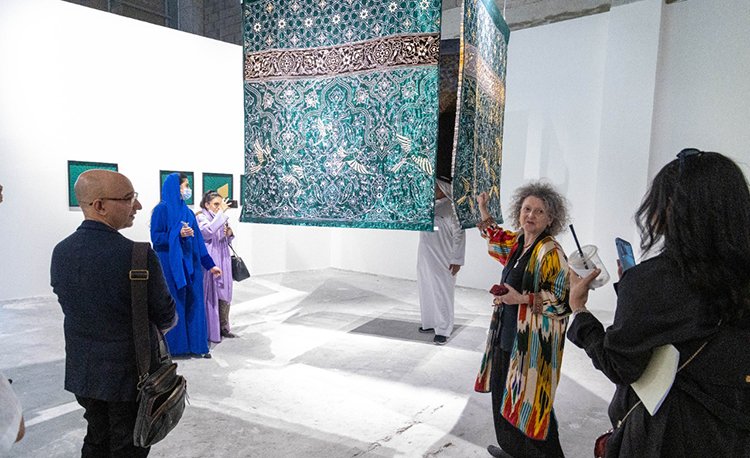 ‘The minute I heard that song it all fell into place,’ she explains. Evolving during the global COVID pandemic when home, dreams, and imagination became a lifeline out of isolation, the resulting works by 27 artists, both special commissions and loans, are especially poignant. Expressed through different mediums including neon, painting, artists’ books, sculpture, photography, poetry, and film, the strong narrative explores each artist’s relationship to their own makan.

The exhibition begins in Jeddah, the city known as ‘The Bride of the Red Sea’, signaled in neon by Abdullah Al-Othman, and starts with pioneers of Saudi art Safeya Binzagr and the late Abdulhalim Radwi. Now 82, and a native of Jeddah, Safeya Binzagr is the only artist in the country to have opened her own museum, while the late Abdulhalim Radwi is well known for his monumental sculptures on the Jeddah Corniche. In other works connected to Jeddah, we also see a fantastical film set in Jeddah by Mohammed Hammad, photographs evoking al-Balad by Emy Kat and Reem Al Faisal. While Bashaer Hawsawi highlights the heterogeneous nature of the city through the myriad of textiles from all over the world that can be found in al-Balad. 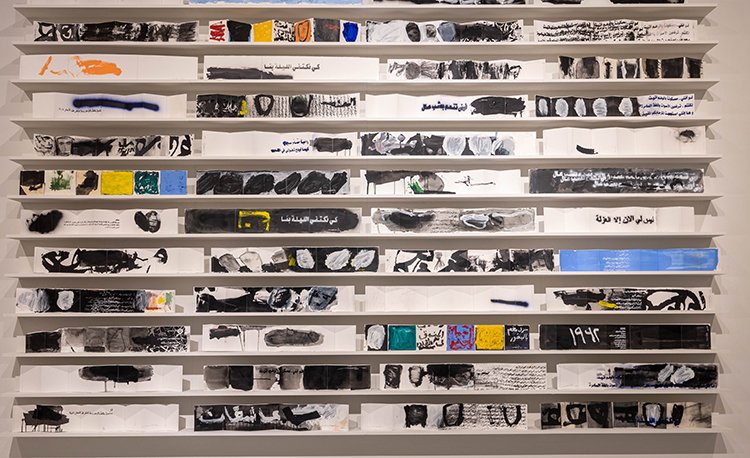 From Jeddah Bader Awwad AlBalawi takes us to North Khobar, documenting the changing nature of the city, while Talib Almarri invites us to his makan, the dreamy lake of al-Asfar. Ali Cherri introduces us to Sultan Zeib Khan who guards an ancient necropolis in the Sharjah desert and Gaza-born Taysir Batniji’s poignant photographs tell a personal story of the idea of home.

Ancient Arabia is highlighted through the Mu‘allaqat – the famous poems reputed to have hung on the walls of the Ka‘ba at Makkah, and which were the inspiration for the first 21,39 Jeddah Arts, in a painting by Dia al-Azzawi. Catalina Swinburn has unpicked and re-woven archaeological textbooks books, while Shadia Alem’s drawings of the fabled Jinniyat of Lar are inspired by a story by her sister, the writer Raja Alem. 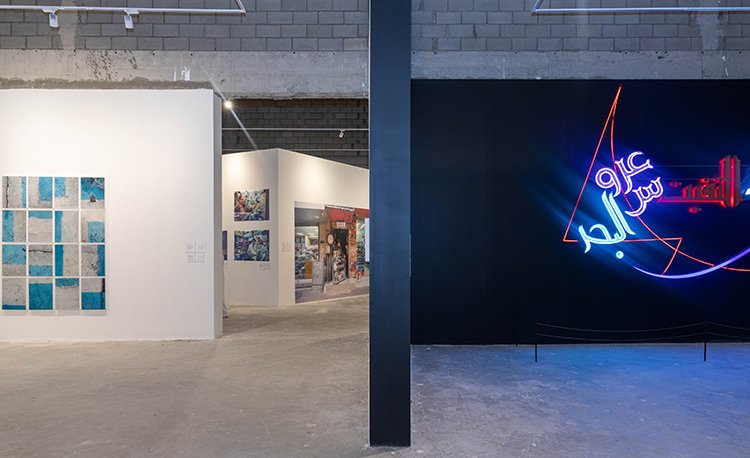 In choosing and commissioning the works for the exhibition, Venetia was strongly drawn to artists who work with paper: ‘I am fascinated by the process of drawing and printing, the beauty of handmade paper, the phenomenon of the artist’s book and how artists work with poetry to express the idea of makan.’ Imran Qureshi uses the traditional techniques of the Mughal painters to tell contemporary stories; in their abstract works, Sara Abdu paints with Henna, Badr Ali explores printmaking. Obadah Aljefri is inspired by his childhood notebooks, Asma Bahmim evokes the placing of texts in her aunt’s house al-Balad, while Manal AlDowayan turns a medieval text on healing into ceramic scrolls.

Poetry also plays a central role: in the artists’ books of Hussein AlMohsen who is inspired by the poems of Ghassan Alkhunaizi, while the sculptural forms of the books of Dia al-Azzawi, Ghassan Ghaib, and Nazar Yahya filled with poetry are a reminder of the destruction heaped upon Baghdad, the city which also haunts Sadik Alfraji which he brings to mind in the story of a single tree on a Baghdad street or in his animated film Ali’s Boat. Lujain Faqerah makes books that represent ‘places of stillness, somewhere quiet,’ and Muhannad Shono makes his book out of sand because ‘sand chooses which stories to tell and which secrets to hide’.

In the final work in the exhibition Aisha Khalid, takes us to her makan, Makkah, the richly embroidered textiles recalling the kiswa, the fabrics that clothe the Ka‘ba.

Venetia Porter was thrilled to be invited to take the helm in curating the 9th edition of 21,39 after attending and admiring the different editions since the beginning. ‘It is the vision of Her Royal Highness Princess Jawaher and the members of SAC, whose belief in the power of art created 21,39 Jeddah Arts that makes this so unique.’

‘SAC really gives you the freedom for creative expression. I have been continuously inspired by the talented artists who agreed to come on this journey with me.’ Born and brought up in Lebanon, Venetia is fascinated by the region and its cultures. She studied Arabic and Islamic Art at the University of Oxford, has a Ph.D. in the history and architecture of Medieval Yemen from the University of Durham, and has been a curator of Islamic and Contemporary Middle East Art at the British Museum in London.

SAC is comprised of a group of local art enthusiasts led by the vision of Her Royal Highness Princess Jawaher who wish to contribute to the local community through the promotion of art and culture. They believe that engagement with art has a positive influence not only in the direct communities where they are displayed but in the greater world beyond. 21,39 Jeddah sits at the forefront of Saudi Arabia’s contemporary art scene and has distinguished itself for supporting local, cutting edge and undiscovered artists. The non-profit program includes curated exhibitions, gallery openings, workshops, and a series of talks and discussions that aim to build bridges with the outside world through the universal language of art.