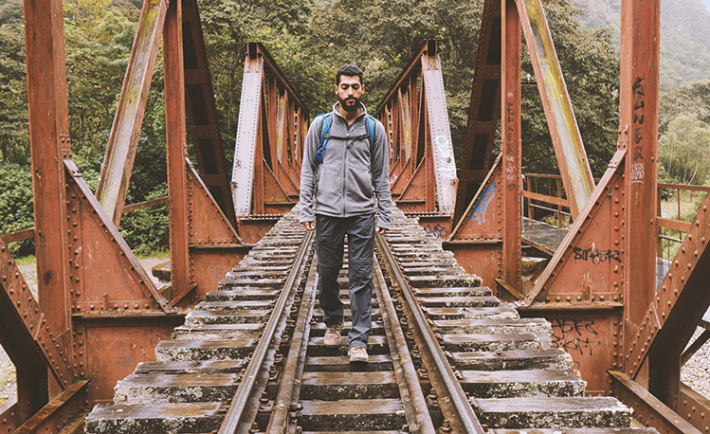 A tale of wandering scrubs.

In a fast paced life, where our world is transforming into a cyber one, we tend to lose touch with life, nature, one another, and eventually, ourselves. One of the best ways for one to reconnect with himself is through new experiences, and what a better way to do so, than to experience traveling. 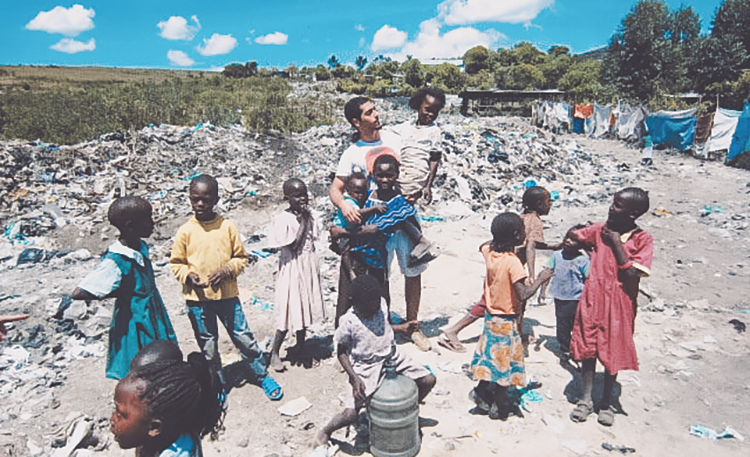 “I never liked to travel as a tourist. I like to have a main objective while I still get a chance to see the country”, that’s how Rayyan Abdulwahed decided to change the traditional perception of traveling, to an unconventional one. It all started during Rayyan’s first year of Dental School in Jordan. Not wanting to be restrained with the idea of him being a typical, busy dentistry student, he wanted to step away from the average, and be his own kind of unique. Traveling in-between semesters was what he opted for. Thus, he took his first solo trip to Spain, he stayed with a Spanish family, and learned the language, to truly experience the Spanish culture; “my mother was a big motivation to me. She’s the one who made me love languages”. 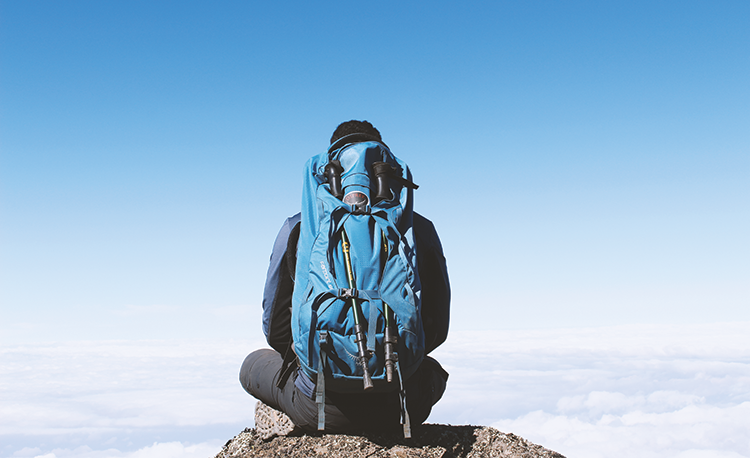 Taking in the peaks of Tanzania

After coming back, Rayyan couldn’t wait for his next adventure. He took a 5-week trip to France while staying with a French family. “I was the first Muslim, Arab, Saudi they have ever accommodated” although he faced some barriers in the beginning, he realized that it was caused by the lack of Arab travelers. This incident made him want to introduce other nations to our culture. 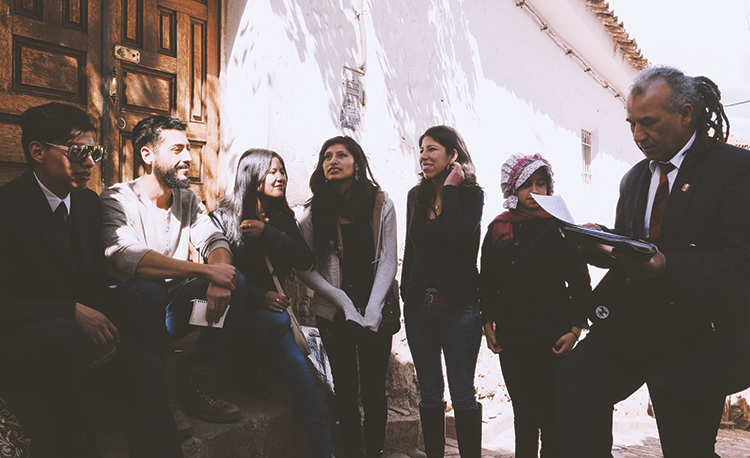 Rayyan traveled to Kenya through a volunteering organization after, where he volunteered at an orphanage for 2 weeks, and taught English, and it was a transformational experience to him, “I saw a part of Kenya that tourists don’t get to see. There were people living in between mountains of garbage; and that really struck a chord with me” he explained with a hint of sorrow on his face.

Reflecting back on his trip, Rayyan didn’t believe that he made a significant change, to him, he only provided temporary entertainment for children. Henceforth, after obtaining his bachelor’s degree in Dental Surgery, he traveled to Cambodia for a month; wanting to achieve a purpose beyond just traveling. Through a volunteering organization for professionals, he reached there as a dentist, treating orphans and HIV+ children. 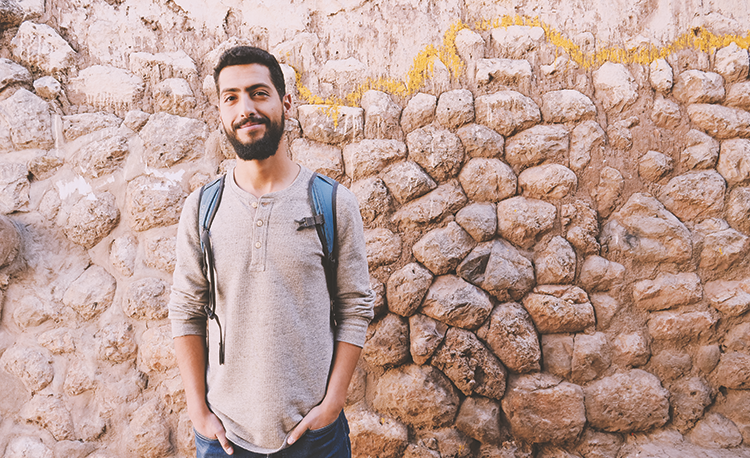 Unfortunately, Rayyan faced some challenges while treating patients, due to the limited supplies provided. His time in Cambodia consisted of performing dentistry in the morning, teaching English at a school in the afternoon, and exploring what the country had to offer during the weekends.

Rayyan then started a post graduate specialization program in Advanced General Dentistry in Riyadh, and during his first residency break, he traveled to China and stayed at a Buddhist monastery for almost a month, living without electricity, eating vegan food, practicing Kung Fu, Tai Chi, and meditation.Rayyan loves instilling the culture of unconventional traveling and experiencing new things, hence, he took his brothers to climb Mount Kilimanjaro in Kenya, then they went backpacking in Zanzibar. “I wanted my younger brothers to experience unconventional traveling, and it did kick start something within them”. 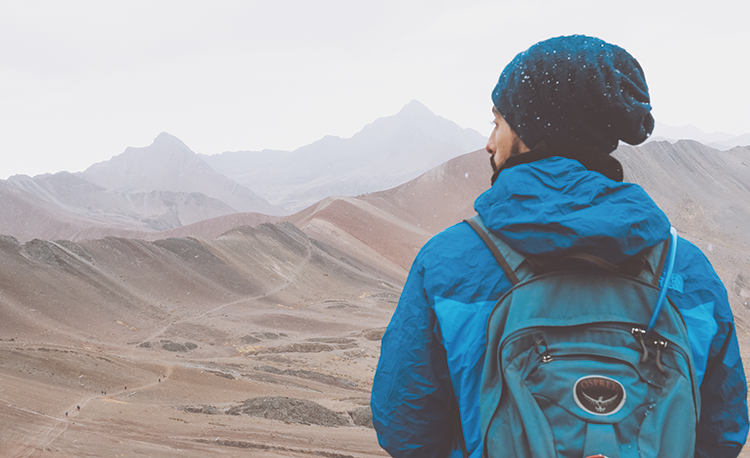 There were no post-graduation plans; but his passion to give back to the world lead him to Greece for 3 months with only a backpack, while he volunteered as a dentist through Health-Point Foundation at dozens of refugee camps. He spoke Arabic, English, Spanish and French, and wasn’t only a dentist, but also a coordinator between patients and other volunteers. We all know that the refugee crisis is painful, what we see on news and social media is completely different than being at a camp, seeing, talking and treating them, it was a challenging experience to Rayyan, but worthwhile.

“The refugee crisis in ongoing, and unfortunately only getting worse. If you feel like you can help out, don’t over think it. There are countless ways to lend a helping hand.” – Rayyan Abdulwahid 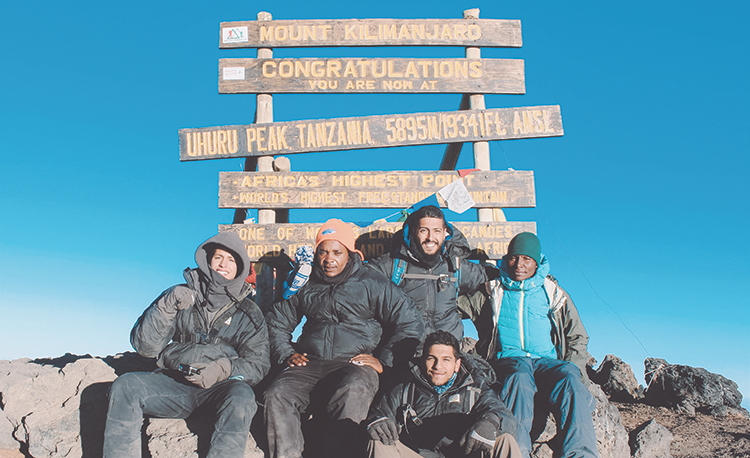 With an unplanned destination next, Rayyan decided to travel to Colombia, and the most affordable way for him then to catch a flight to Colombia, was to fly from Romania. “I was moving based on feelings. It’s nice to have the freedom of choice, no obligations, enjoying my own company, and not worrying about what’s next”.

He took a bus from Greece and traveled to Macedonia, Albania, Montenegro, Croatia, Bosnia and Herzegovina, Serbia, Romania for a week, and finally, flew to Colombia. Rayyan spent an average of 4 days at each country, enjoying their history, and many beautiful experiences.Rayyan was lucky enough to get introduced to the people and the culture. In Colombia, everyone was welcoming so he stayed for 2 months. Thereafter a month and a half in Ecuador came next, climbing a volcano for 8 hours, hiking in the amazon, and almost getting bit by a snake, were only snippets of what Rayyan experienced there. 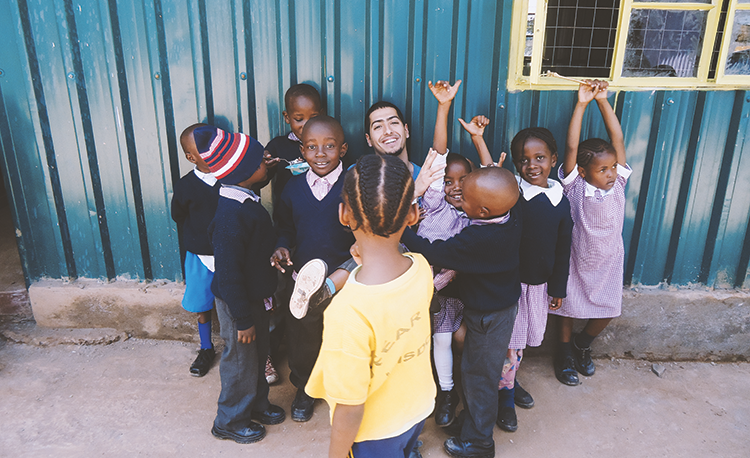 After, he took a bus to Peru for a 2 months stay, then another bus to Bolivia. According to Rayyan, if you want good coffee, chocolate and Spanish lessons, it is the place to be. Three months in Chile follows, where he experienced paragliding; hiking, camping, and stargazing in Argentina, then he accidentally visited Brazil during Carnival. Before saying goodbye to his journey on backpacking through the world, Rayyan visited the US and UK before going back to Greece and volunteer for 2 months; it was a great ending to a 15 month journey. “How do I put it in words… I guess I’m an adventurous person, I do get bored easily,” chuckling, “but I like to finish whatever I started, before jumping to the next thing.”

Traveling on a budget tips and tricks from Rayyan

1. Practice common sense, be realistic with where you want to go, and know your budget.
2. Backpack, it’s easier to move around, and teaches you to be minimalistic
3. Stay at hostels, but don’t go too cheap. You can also try couchsurfing.
4. Transportation? it’s time to take buses! Hitchhiking is free too, but you have to be cautious.