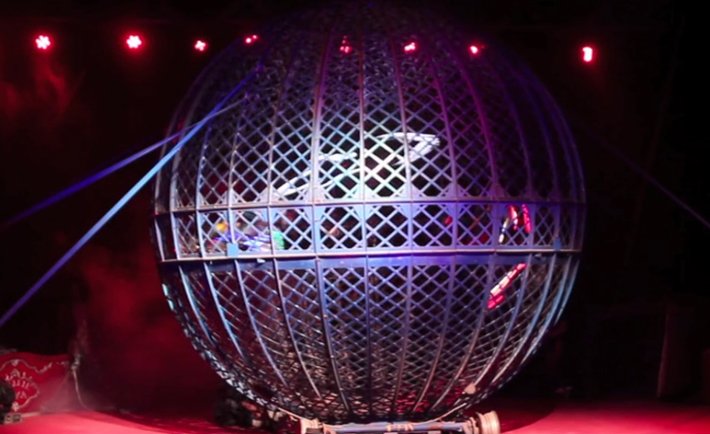 Circus has come to town! And it’s none other than the famed Bellucci Circus!

Here’s everything you need to know before you take your seat!

1. A travelling circus.
The Bellucci circus is a world that moves on its own wheels.

2. It’s international.
The circus has performed in many countries all over the world.

3. Places like…
Greece, Tunisia, Cairo, Morocco, Syria and Malta to name a few.

4. The beginning.
The story of the Bellucci family dates back to the 1800s.

6. Gaining popularity.
Through hardwork and dedication the circus became one of the most popular circuses in Italy.

7. Armando gets hitched.
The marriage of Armando’s son to the daughter belonging to another circus family proved to be a wonderful union.

8. Time for a collaboration.
The two circuses worked together and started performing internationally, and over the years the circus transformed.

9. Armando’s son Armando Bellucci.
He was born in 1937 and in his young years he started performing as an antipodist and a tightrope walker. Later he held institutional positions sitting on the board of National Circus and represented Italian circus in many cultural festivals and events.

10. The changes made in 1991.
With his sons, Armando Bellucci innovated the circus presentations and opted a stage circus as opposed to the traditional circular track.

11. The Bellucci Water Circus.
This aquatic circus was introduced. It was a huge success due to its unusual nature. It contained many water animals such as penguins, sharks, crocodiles, snakes and seals. The circus alternated between traditional and aquatic performances.

12. Resuming the tradition.
The circus eventually went back to traditional attractions which included acrobats, exotic animals and trapeze artists.

13. The Bellucci Circus today.
The circus displays many shows performed by men, women and animals. The performers come from all over the world. It’s famous for the quality of the shows and modernity of its faciltiies.

14. Bellucci Circus in Saudi Arabia.
With cultural sensitivities in mind, the Saudi Arabian tour of the circus will only have male performers. Among the 50 exhibits, there will be Argentinian dancers, a ring of death, balancing acts and acrobats from Mongolia.

15. From Cairo to KSA.
Mohammed Redwan, the site manager of the Jeddah tour, was impressed by the circus when he visited it in Cairo. So he decided to bring the circus for Saudi Arabian audiences.

Ticket costs vary from 150 SR to VIP seats in the range of 800 SR.
Tickets are available at Red Sea Mall, Andalus Mall, and Heraa Mall.
There will be two evening shows, at 9 pm and at midnight. Each show is 100 minutes.