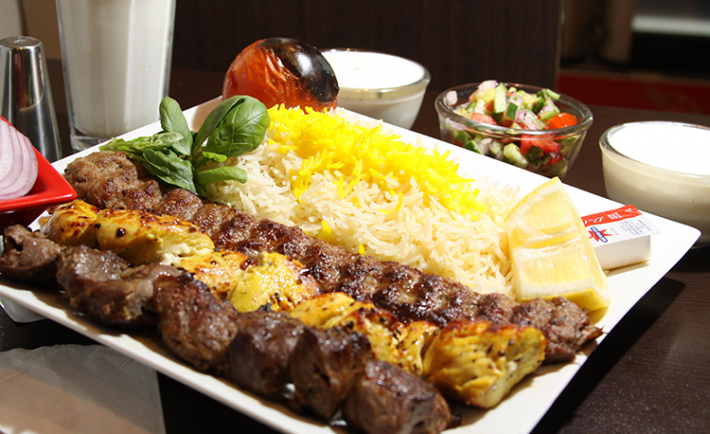 Jeddah is an incredible hub for food, from Japan in the east to Mexico in the west and all that is in between; food from every continent in the world can be found in the city.

With the tons of dining options out there, many restaurants despite offering amazing food remain relatively unknown (or less popular then they should be) and continue their operations with their set of loyal followers.

Whether oldies, high-end or economical, we got you covered with this list. Sometimes these restaurants are located on main roads and you may have crossed them many times, but never tried them… or they are located in the crannies of small alleyways of old Jeddah where you have never been in your life.

Without further ado, here are some restaurants that Jeddawis definitely need to try. 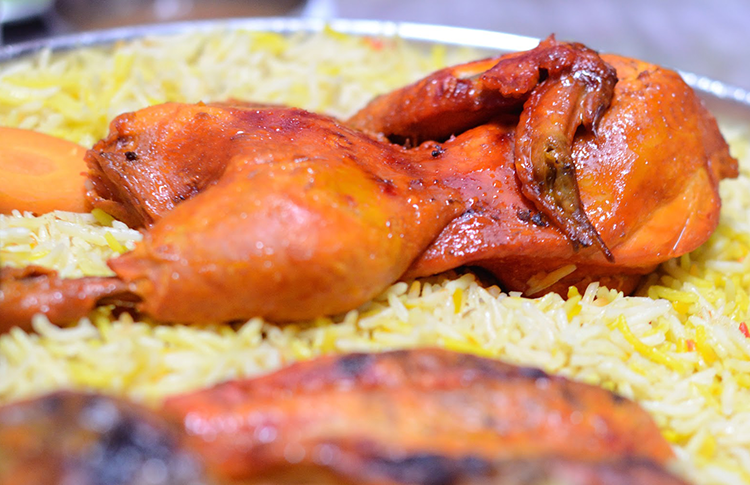 While Jeddah doesn’t have a shortage of restaurants offering mandi, Ghulaqi offers such delectable mandi that it can give its other famous counterparts a run for their money. The restaurant is open only during lunch and serves just mandi – it has been doing so for over 40 years now. It is located in the older part of Jeddah, near Bab Makkah, but the mandi is so satiating that you won’t mind the traffic nor the distance of the place. The restaurant is so inconspicuous that you may even go past it without noticing it, so do follow the coordinates. 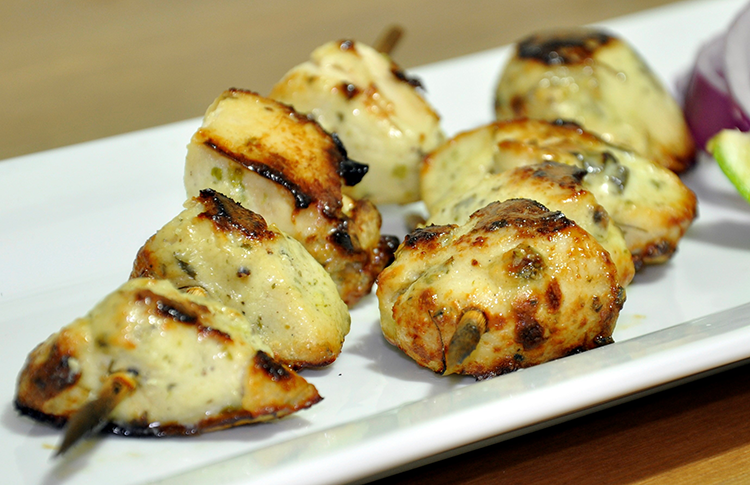 Sitting on the food court of Flamingo Mall with a dining section dedicated to it, BBQ Tonight operates on a buffet only basis. The kebabs here are unlike any other in Jeddah, rich with spices and flavors. Chicken Shashlik and Reshmi Kebab are the favorites here. The restaurant has seen a steady rise in its popularity and we won’t be surprised if we end up seeing another branch of it elsewhere in the city soon. 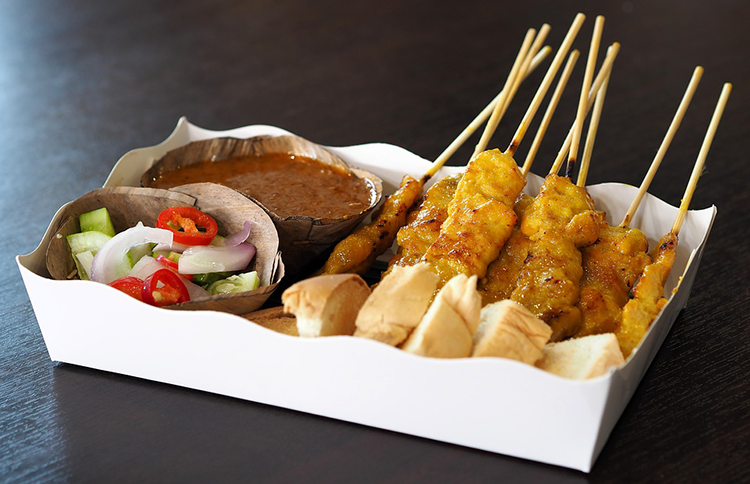 Calmly sitting just off Sary Street, Asia restaurant has been around for quite some time and has a decent amount of regular loyalists. It has amazing Thai food, probably the best in the city; deserves a visit at least once. A good place for you to spend the evening with your family. 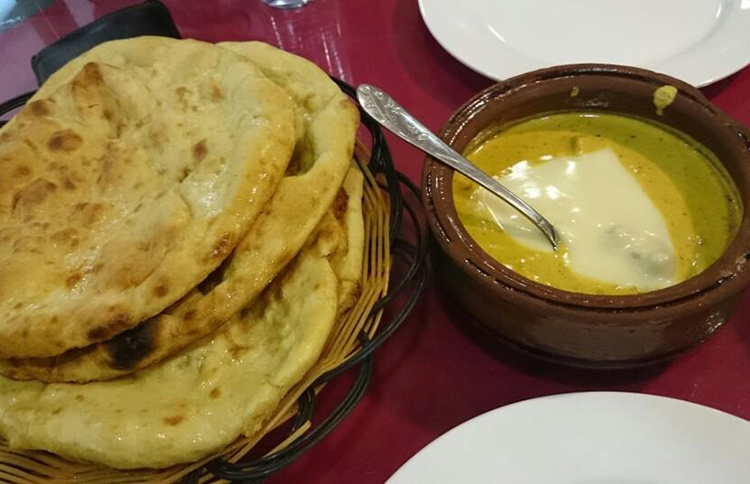 Though it has opened fairly recently on the restaurant trodden Sabaeen Street, the delectable food offered by them, has got it a loyal customer base. The food is so good in fact, that the idiom “no one can eat just once” can justly apply over here. Though it is not the best of places for dine in, a takeaway will do. 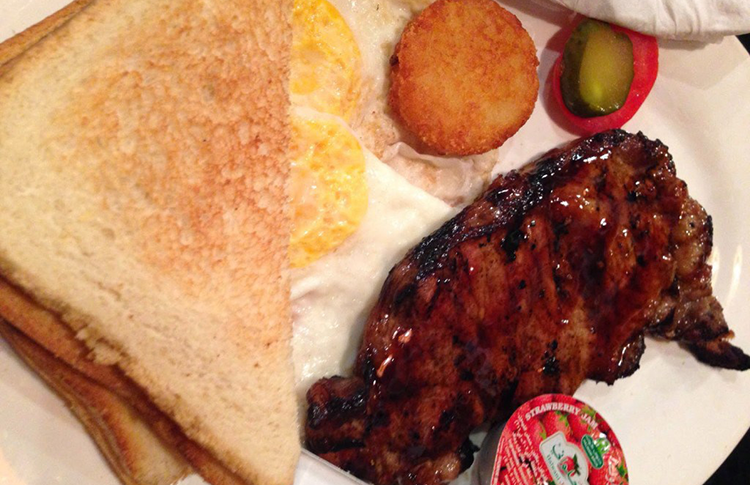 The restaurant is just like a typical American joint, sans the crowd. Similar food are served here ranging from steaks and cheesy burgers to the good old American hot dog, all at a reasonable price. You may have passed it many times ,as the branches are located on popular roads, but next time you do so don’t forget to stop by it. 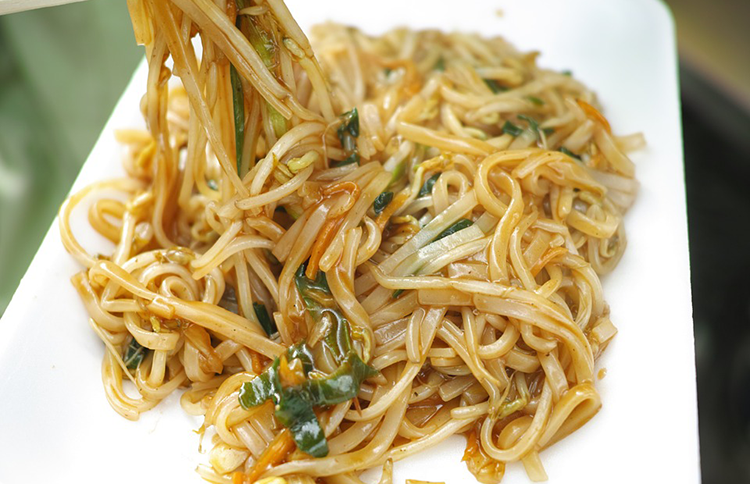 It sits inconspicuously next to Gold’s Gym just off Tahlia Street and serves Chinese cuisine that has been adapted to satiate the Arabian palate. Its location right in the heart of the city is an added bonus, so no excuses for missing out on it. 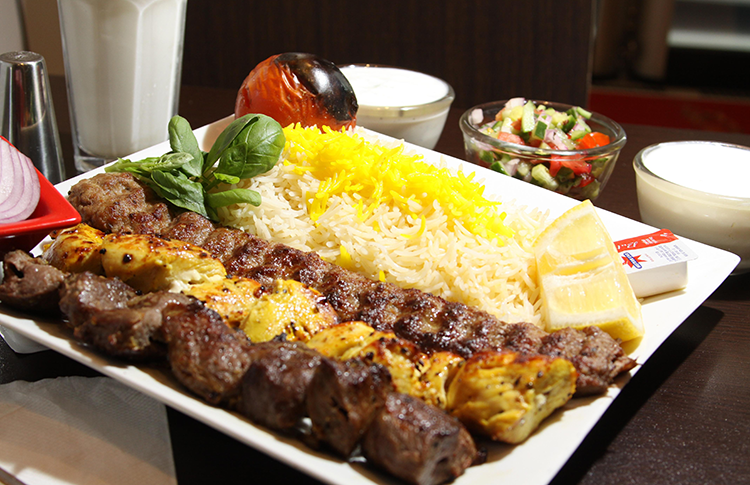 At Jahan, diners can expect to be served authentic Persian fare in a Persian-like setting on the restaurant trodden Andalus Road. 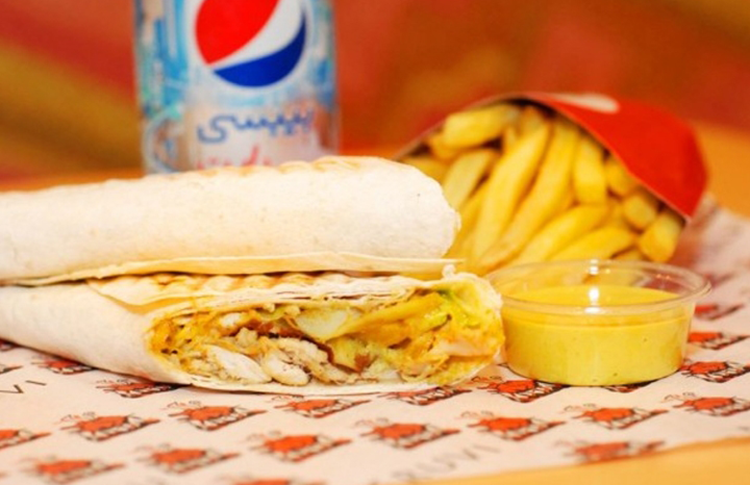 Bringing to you cuisine from the exotic land of Peru, Peruvi is a restaurant that is a must-try for those who can handle spicy food. The grilled chicken is simply put, superb. This local brand is packed with all the essentials to turn it into not only a national franchise but an international one as well. 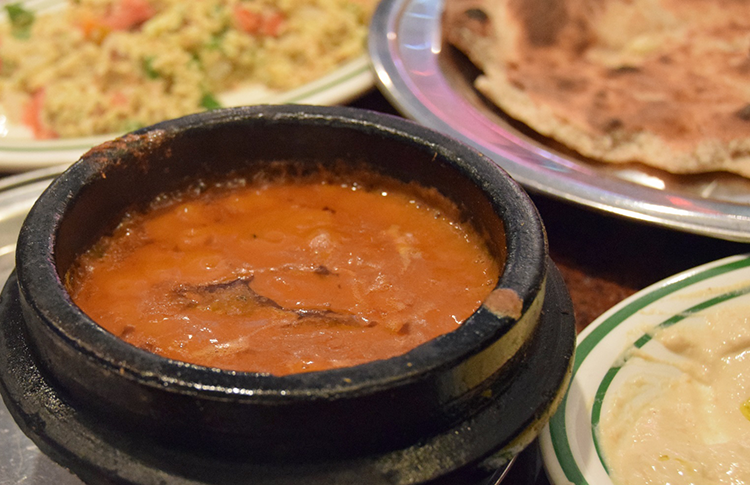 From malls to high-end streets, traditional Yemeni restaurants seem to be springing up everywhere these days. Sid Maariboffers traditional Yemeni food (some of which you most likely won’t find anywhere else in the city) cooked the way it should be and at economical prices. What more could you want? Just bear in mind, that it’s best for a takeaway order and not dine-in. 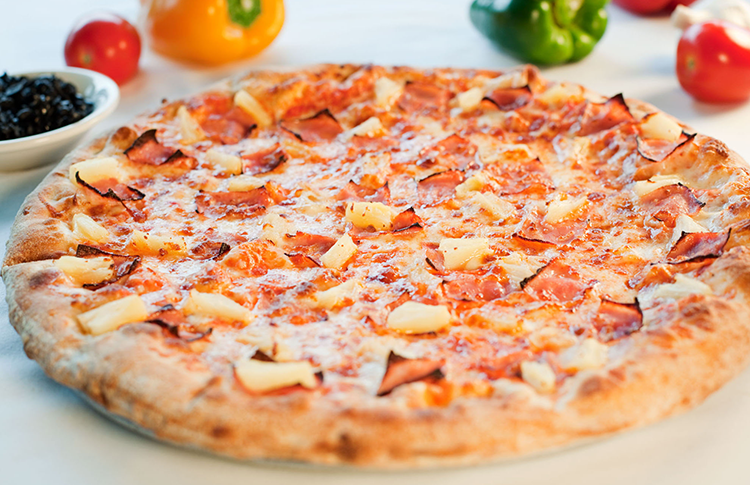 There are a plethora of pizza restaurants in the city and the competition is cut throat. Many go unnoticed (including international brands), as after all how many pizza restaurants can one try. This is a pizza franchise that originated in Thailand and has its branches in many east Asian countries. Currently its operations in Jeddah are going on a small scale, but nonetheless the taste of the pizza has not been compromised. Exquisite, just like a pizza should be. 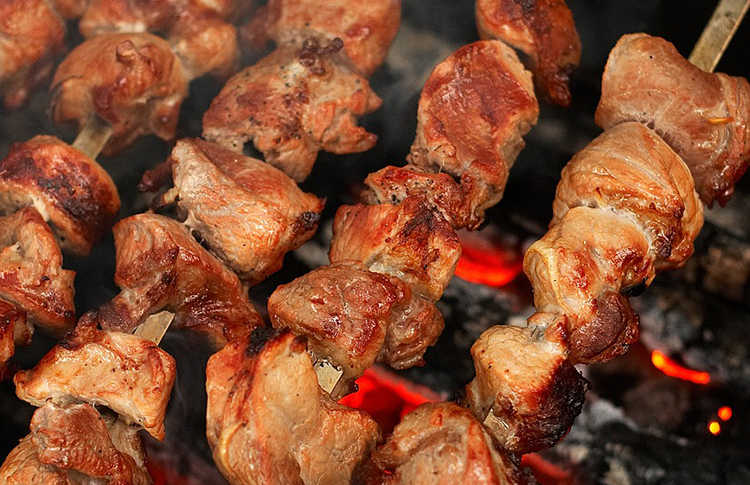 Located in Al Balad, this restaurant has been serving lip-smacking Hejazi kebabs for over 50 years now. Diners can even see the kebabs being made in front of them from scratch: right from the mincing of the meat to the final cooking over charcoal. Not to miss out on are their spicy kebabs, that go amazing with the tahina sauce that is served with it. 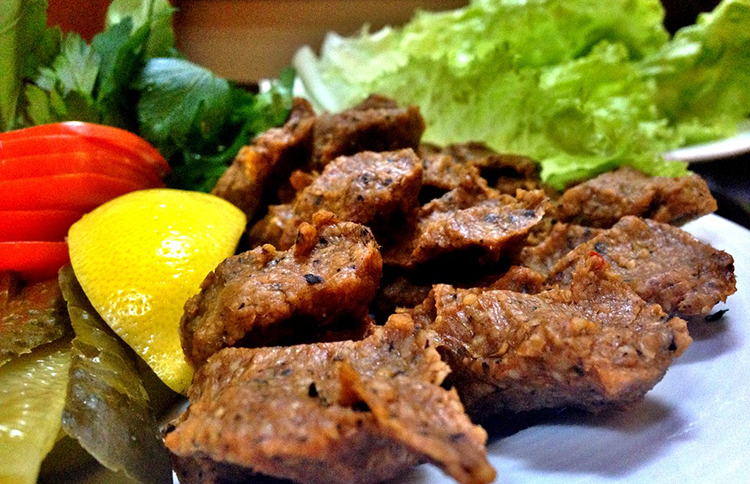 Turkish food prepared and served by Turkish chefs – Jeddah has no shortage of restaurants boosting of such and to stand out amongst them is not the easiest of tasks. What makes this one special is that unlike in most mid-to-economical range Turkish restaurants where you can’t even hear what the person sitting next to you is saying, here you can have a decent conversation without having to scream your lungs out – all while enjoying the tastes of Turkey. 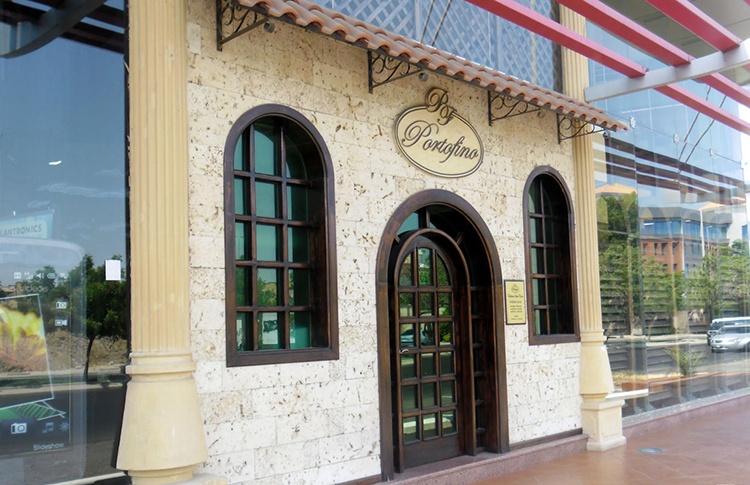 Located on the rather busy Rawdah Street, sits this cozy Italian joint. There are copious traditional Italian dishes that are served here, but the ones you can’t afford to miss out on are the pastas and the grilled salmon. This is the place you need to go to if you want to get away from the crowds and spend quality time with your family. 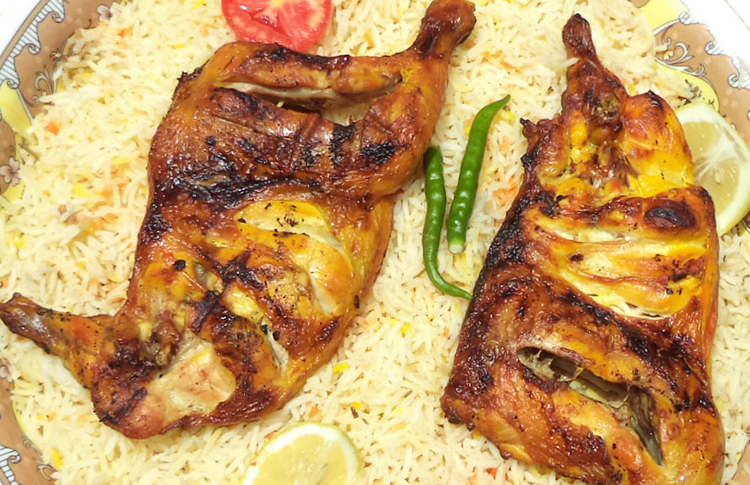 Expect to get the best madhbis in town here. The restaurant has been running for many years now and is located in a place that is chock-full with cars, so you can safely expect to be stuck in traffic during rush hours. The scrumptious food here is more than enough to compensate for that. Oh and don’t miss out on the tea served here, cooked to near perfection.

Know of any more hidden/tucked away places that deserve a visit? Our readers would love to hear from you.