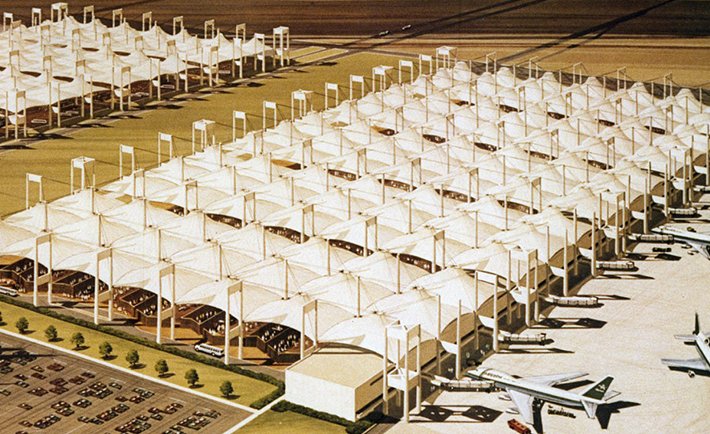 Jeddah seems to be fascinated by world records, and why shouldn’t it be after all neighboring Dubai is always in the news for them. Although Jeddah’s records are not that popular, some of them are truly outstanding.

From the tallest and the largest to the most – Jeddah doesn’t fail to impress.

With a height of approximately 133 meters (436 ft), Jeddah Light is the world’s tallest lighthouse. Located at the end of the outer pier of the Jeddah Seaport, the lighthouse has an outstanding range of 46 kilometers. Unlike conventional lighthouses, Jeddah Light even acts as a control room for the city’s port and harbor.

Measuring close to 10000 sq meters, the LED Screen in the King’s Road Tower is the largest in the world. In fact 3 sides of the building have LED screens installed, 21 floors on the north and south façades and 16 floors on the west façade are equipped with an LED display.

A local charity Ayoun Jeddah (Jeddah Eyes) collected 4,019 kg of school supplies within a 24-hour time frame. Most of the donated school supplies came from bulk donations by stationery suppliers.

4. Most Football Passes in 1 Minute

Maged Qasem Al Qerbi and Omar Mohammad Alzraiqi achieved the record for the most football passes in 1 minute. The duo managed a record feat of 107 complete passes as part of a promotional event held at a local mall.

As part of a PR campaign that aimed to raise awareness of breast cancer, 3952 females formed the world’s largest human pink ribbon in a stadium in Jeddah. It was also the first time that females were allowed to visit a stadium en masse.

Many believe the Gateway Geyser in America to be the tallest fountain in the world, gushing water to a height of approximately 630 feet (192 m). While that is an impressive height, the King Fahd Fountain gushes water at over 853 feet (260 m) making it much taller than the Gateway Geyser by a sizeable margin. Truly Jeddah’s landmark, Jeddah is incomplete without its iconic fountain.

Rising 170 meters high in the air, the Jeddah flagpole is the tallest in the world. Hoisted on the 84th national day, the flagpole broke the previous record held by Dushnabe Flagpole in Tajikistan, by 5 meters.

As part of their promotional campaign, the Binzagr Unilever Factory produced the world’s largest shampoo bottle measuring a massive 5.91 m x 1.79 m (19 ft 5 in x 5 ft 10 in). This feat was accomplished in 2012 and was displayed to the public at a mall in Jeddah.

9. World’s Largest Ship Made of Styrofoam

During the Jeddah Festival, a group of professional artists built a13.6 meters high, 18.4 meters wide and 4.5 meters deep ship entirely from Styrofoam. Previously, displayed at the Red Sea mall this was the largest ship of its kind in the world.

On 20th Sept. 2014 a local mall in Jeddah saw the unveiling of the world’s largest tea bag. Made by Rabea Tea, the tea bag weighed a colossal 250 kg.

At the 2012 SAWA carnival in Jeddah, the world’s largest scratch card measuring 11.92 m wide and 7.57 m tall was revealed. Created by STC to mark their 10th anniversary, the scratch card was a scale replica of their mobile phone recharge card.

Part of a green project by ENTEC, the world’s largest handprint painting measuring an outstanding 10,235 m² (110,168 ft²) was painted as a vow to preserve the country’s environment during the Saudi National Day celebrations. The painting resembled the Saudi map and close to 1.2 million people participated in creating the record.

When the Hajj terminal was constructed in 1981, it was the world’s largest shaded cable-stayed, fabric-roofed structure. Hung from pylons and covering more than 40 hectares, this gigantic terminal was designed specifically as a transit area for pilgrims coming to the Kingdom for Hajj (annual pilgrimage).

Although it doesn’t hold this record anymore it’s worth mentioning as it is perhaps the first world record which Jeddah held.

With the world’s tallest building coming up in Jeddah, we can safely say that that the list of world records the city holds is bound to increase. And we Jeddahwis just can’t wait to see that happen.