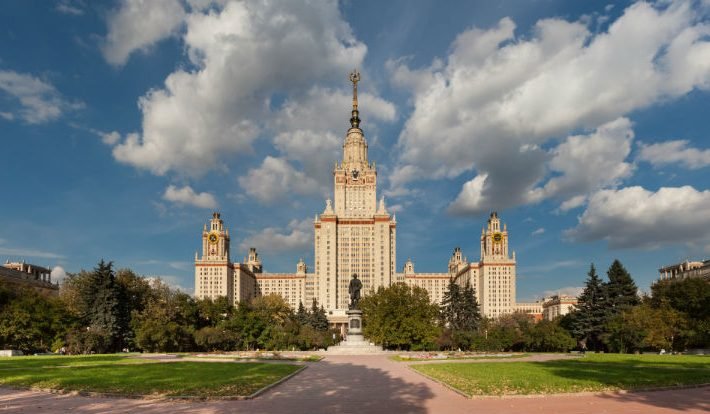 ‘A university is a place where students study for degrees and research is done.’

Well, when we go by the authentic dictionary meaning, it just sounds like a posh jail where you get locked up for four years and you spend hours on assignments and studying for this mentally excruciating thing called exams. That doesn’t mean that your ambience has to be boring. For future prospects: when you select your university/college, make sure that the surroundings excite you, too.

Here are the most beautiful universities that will make you transfer (or wish you studied there): 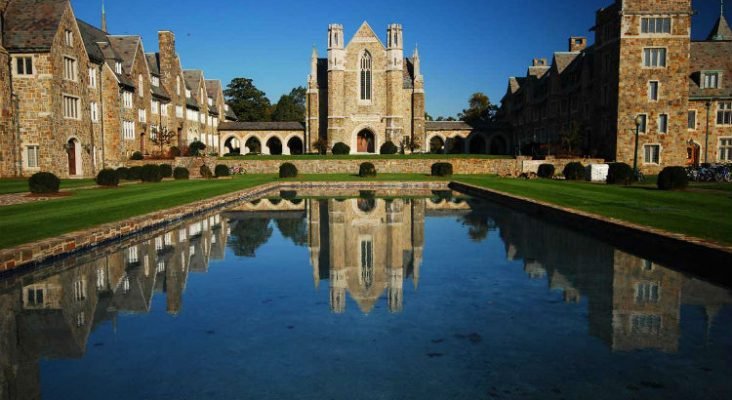 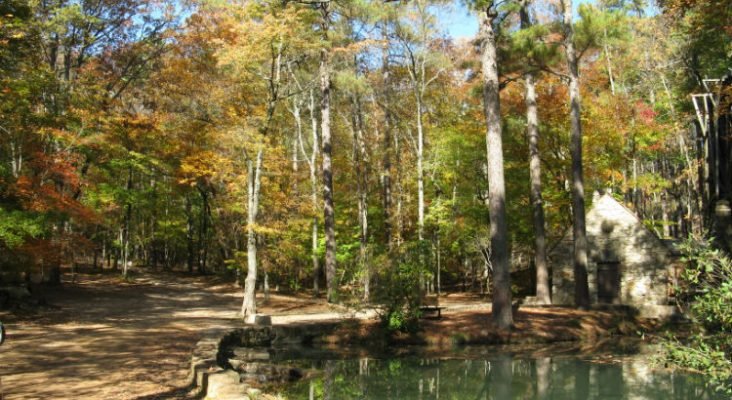 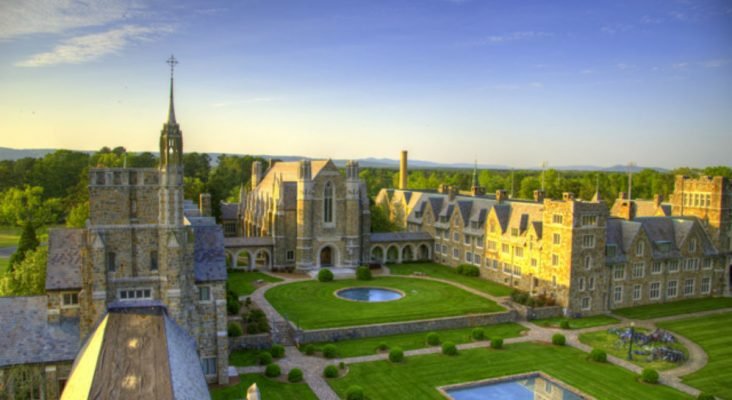 If you’ve watched the Princess Diaries, this college will definitely take you back to Princess Mia’s Genovian palace. It’s noble! The famous ‘House o’ Dreams’ is located on the Berry College campus on the summit of Lavender Mountain. It also has 80 acres of hiking, biking and horseback riding trails. If being surrounded by history and beautiful ancient buildings is your thing, then you definitely should consider studying here (or at least visit the place). 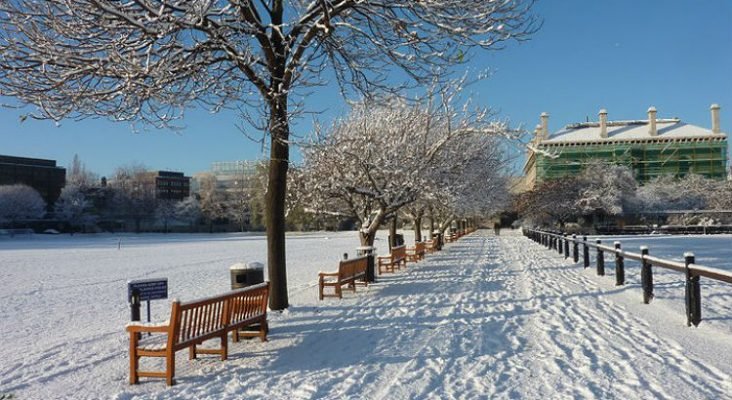 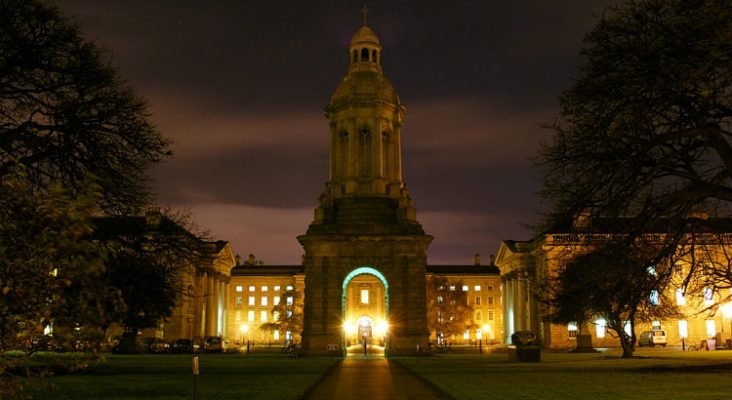 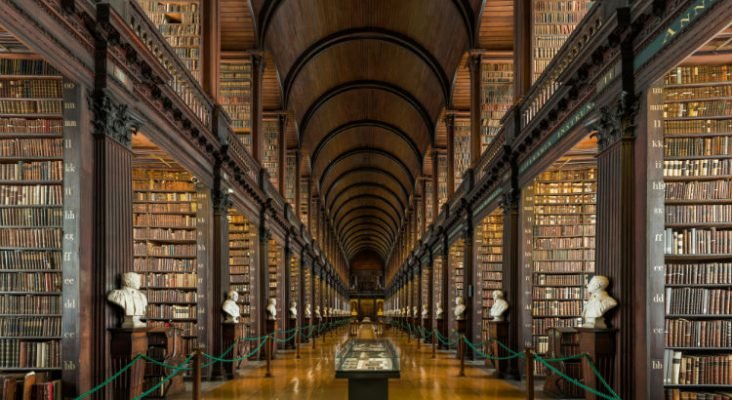 Trinity College is one of the seven ancient colleges of Britain and Ireland. It is the only constituent college of the University of Dublin. This college drips with heavy history. The most astounding part of this college isn’t its architecture, but, it is its library. The library is so ethereal, that it looks like something out of a Disney movie. Studying in the Emerald Isle with the luck of the Irish isn’t something everyone gets. 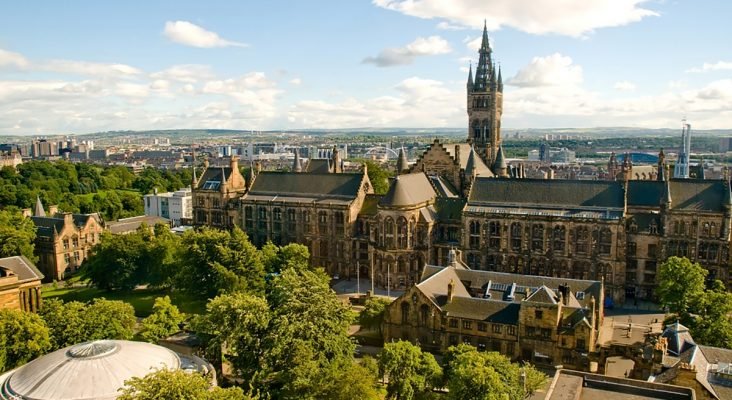 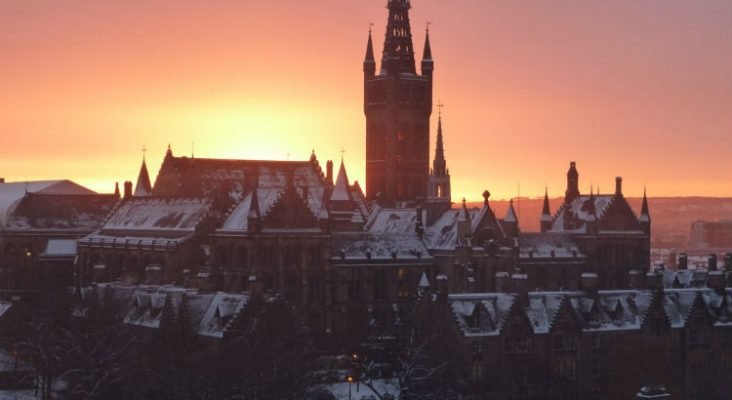 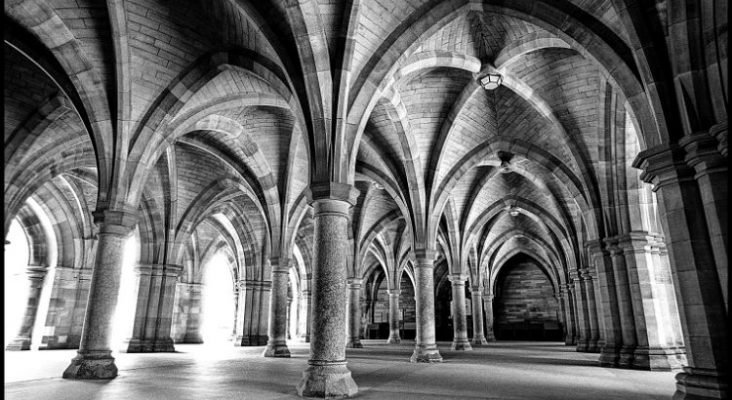 If you haven’t guessed it out by simply looking at the architecture, then you should know that the University of Glasgow is the fourth oldest English-speaking university is the world. It was founded in 1451 and its buildings are a pre-modern design. The campus looks like a palace. Imagining how it must feel living there. Like. A. Queen (or King)! 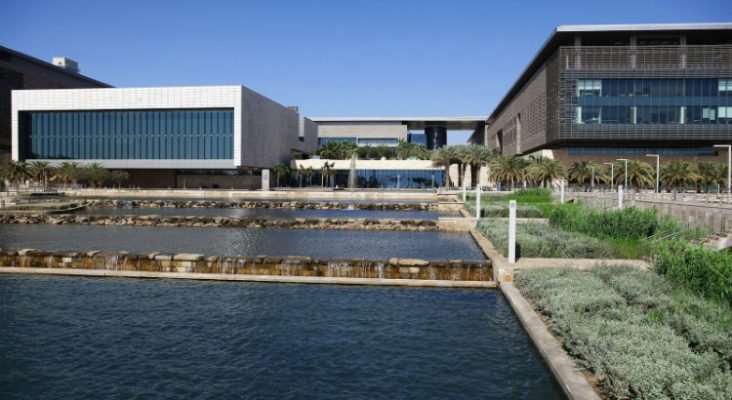 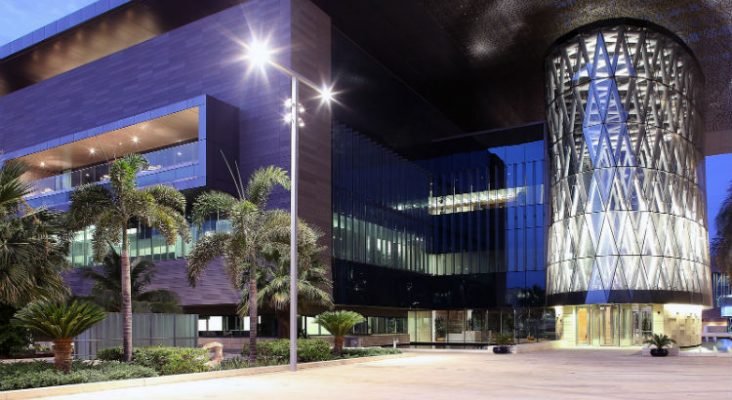 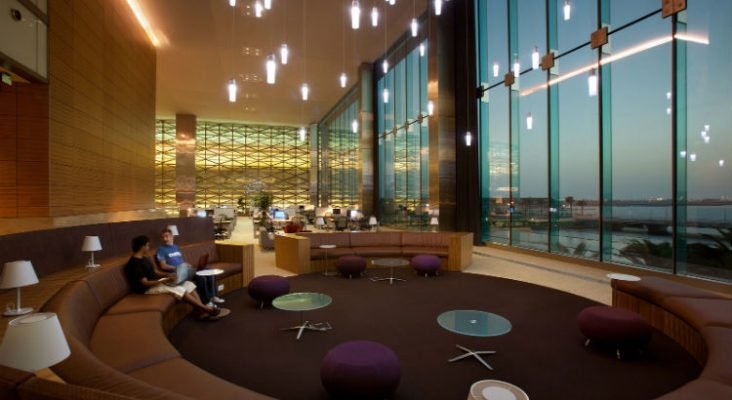 King Abdullah University portrays the perfect marriage of art and modern technology. It’s like a whole different world within itself. KAUST was ranked as the world’s top university in citations per faculty ranking indicator as per QS World University Rankings for 2015-2016 and 2016-2017. The campus ambience screams ‘luxury’. Who wouldn’t want to stay in the most luxuriously-built, wonderful looking and hi-tech modern village? 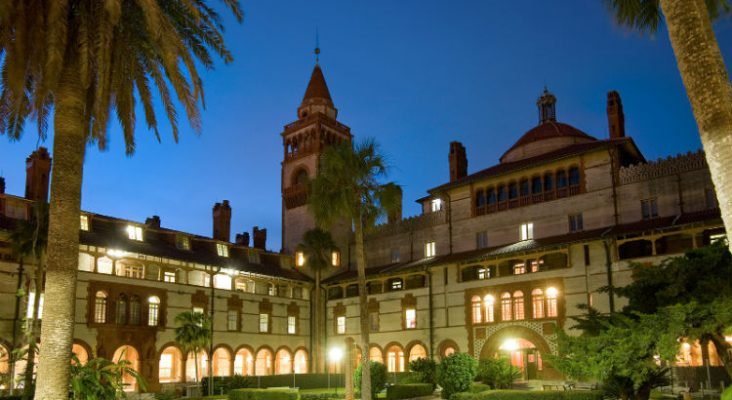 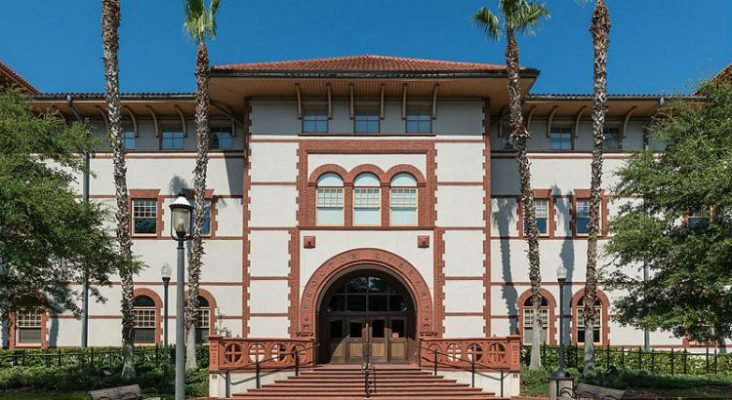 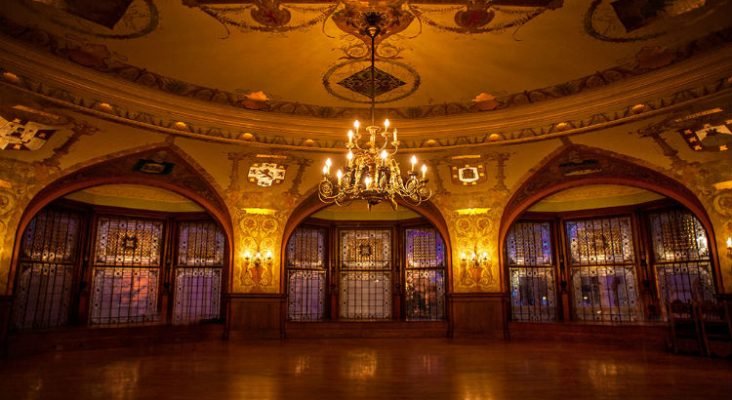 Have you heard of a hotel within a college? Well, Flagler College has a hotel within it. The Ponce de León Hotel is a luxury hotel and also happens to be the center piece of attraction of the college. The ambience of this college will make you feel like a royalty. If you don’t believe me, just look at the photos! 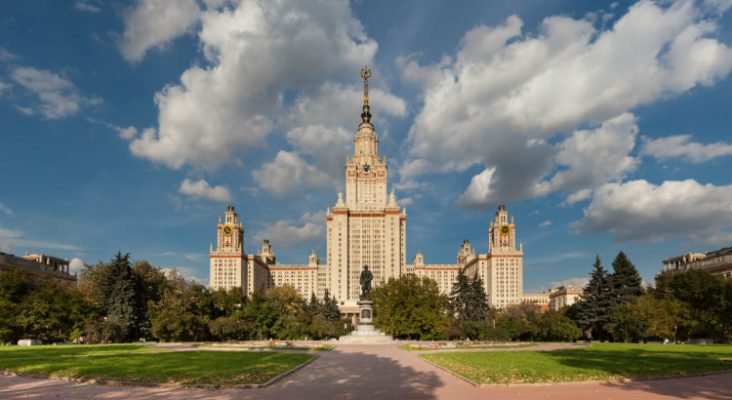 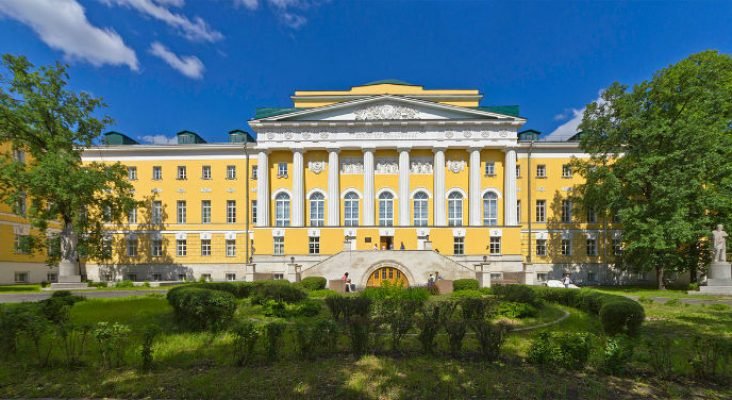 Did you know that the main building of the Moscow State University is THE HIGHEST skyscraper in Moscow? (It is the highest of the seven Stalinist skyscrapers of Moscow.) The central part is 790 ft. tall; the roof is an additional 597 ft. which is topped with an 187 ft. spire, which finally ends with a 12-ton star. Besides its mesmerizing architecture, it also claims to be the highest educational building in the world! Moscow State University is rated among the universities with the best reputation in the world. Amazing, beautiful and eye-catching, indeed. 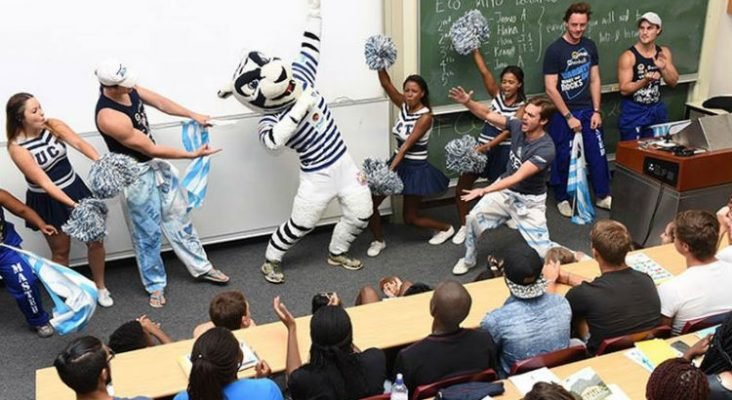 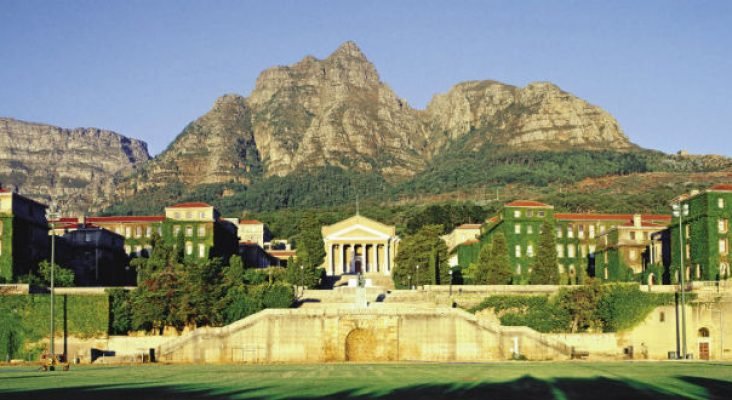 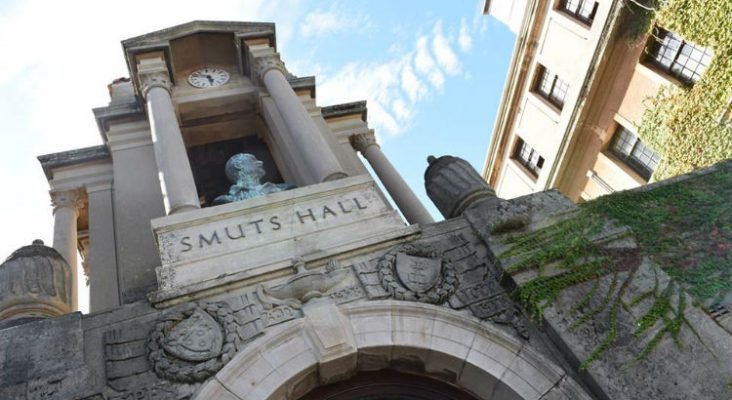 The beaches, the sun and the beautiful sun-kissed skin during the four years of university (and not just during spring break) are totally possible at the University of Cape Town. Everyone’s spring break goals can be lived every day at this university. With the Devil’s Peak located in the background, this university seems to have popped out of fictional novels. 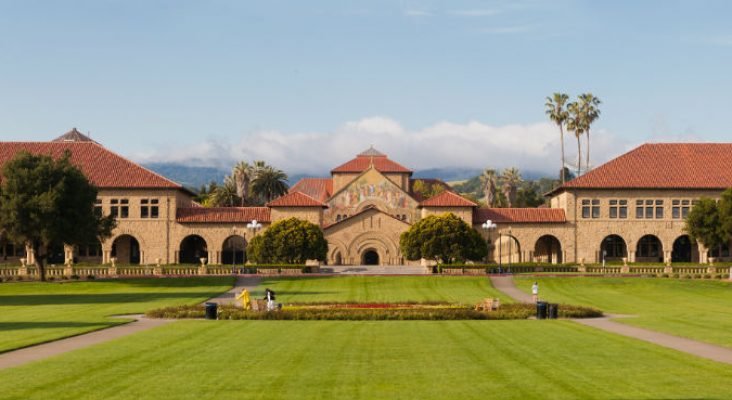 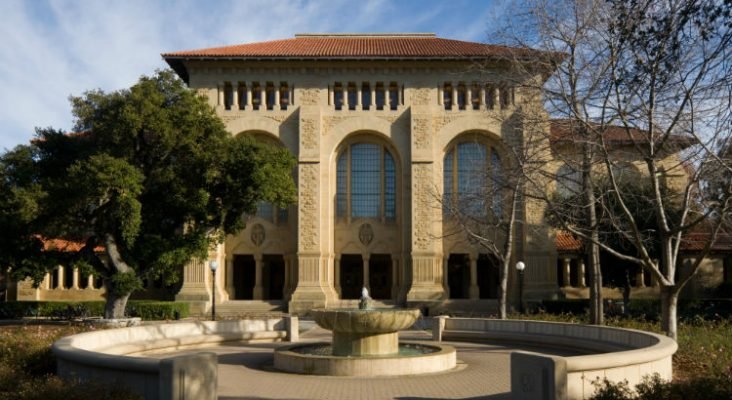 If the idea of a huge estate, complete with lakes, greenery and modern technology at the reach of your hand, astounds you, then Stanford University is the place meant for you. Irrespective of the campus, it stands as the #1 university in the USA. Stanford University is often named as the “dream college” for many students, as well as, parents. You might as well apply here… or get a transfer to live the life of dreams. 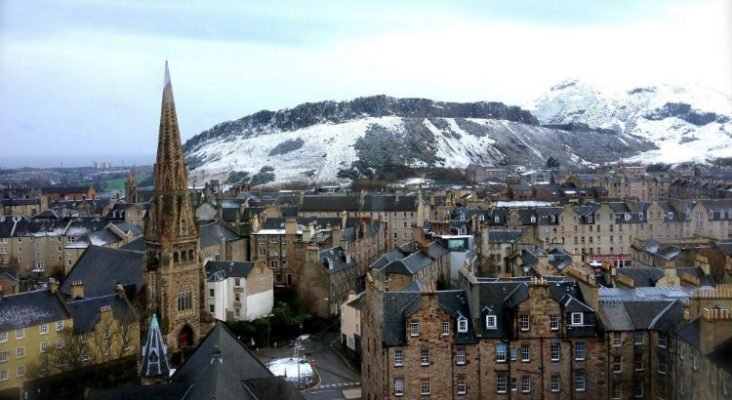 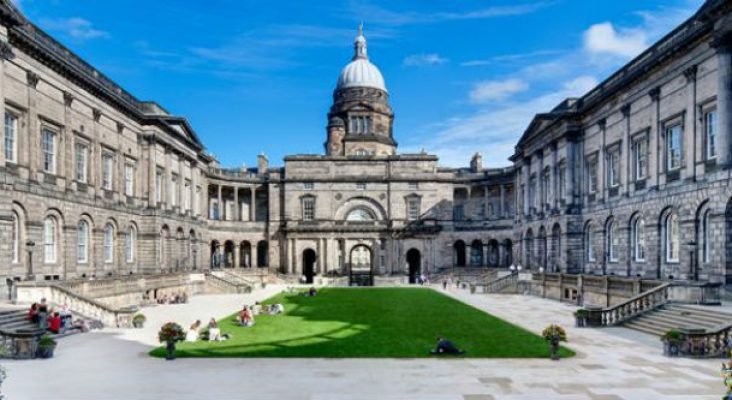 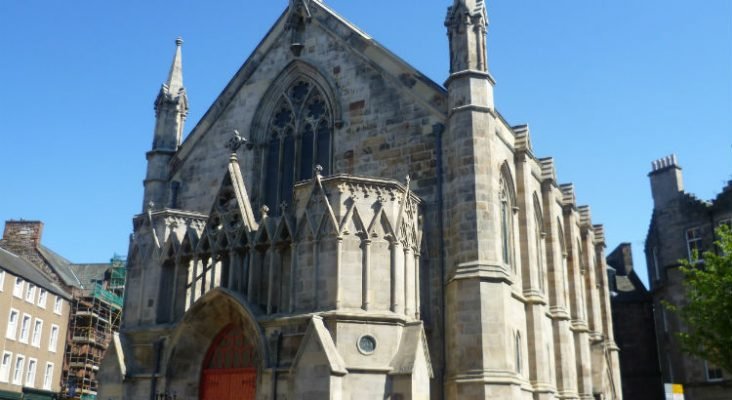 The University of Edinburgh is Instagram – photos worthy university. One of Scotland’s most ancient universities and the sixth oldest university in the English-speaking world. It started in the year 1583. The university’s first custom built building is the School of Law, and the college expanded from there. The university’s Institute of Geography was, once upon a time, a part of the Royal Infirmary. The university also uses some of its buildings to host the Edinburgh International Festival.

Not everyone gets the opportunity to study at a UN recognized World Heritage Site. The University of Coimbra is the oldest university in Portugal and in the world. This UNESCO World Heritage Site was initially ratified/found in 1290. Pólo I, the main campus building, is the monumental ancient university core centre. It is active since the time the university was first found, that is, before the 16th century. Though, major expansions did take place. The most astonishing architecture is the university’s chapel, palace gate and library. The courtyard of the old palace has also been turned into a part of the university. You get to sit and study there! How royal is that?

Here is our list of the most stunning universities/colleges on the face of the earth. Which universities or colleges (besides the ones mentioned above) according to you, deserve to get the title of being the most beautiful university? Let us know by commenting below. Let us all swoon together!