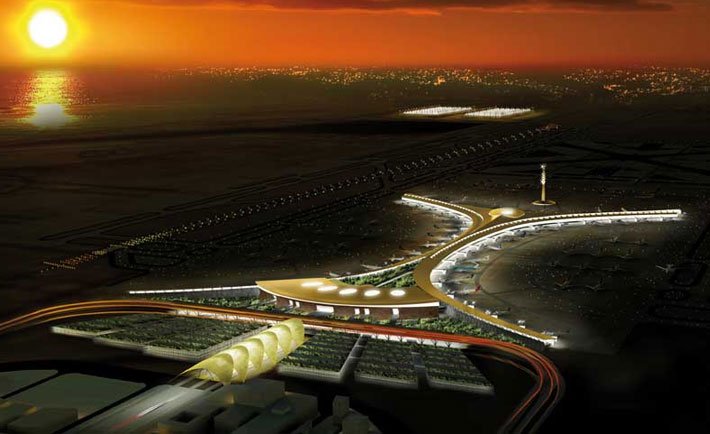 Ever since we heard that Jeddah’s airport would undergo an expansion project, we Jeddahwis just can’t stop raving about it.

Talks of the airport expansion project have become an inevitable part of our weekly discussions with friends and family. So here are a few facts about our much-awaited new airport.

Making it one of the largest travel hubs in the world.

2. The airport expansion project is part of GACA’s 2020 strategy, which seeks to develop the Kingdom’s 27 domestic, regional and international airports.

The strategy aims to raise the capacity of Saudi Arabia’s airports to more than 100 million travelers by 2020.

3. The project will be constructed in 3 phases.

The first phase is expected to launch by early 2016.

4. Jeddah’s airport will boast a capacity of 30 million passengers in the first phase.

5. The capacity will increase to 45 million in the second phase.

And up to 80 million in the final phase.

6. The total cost of Jeddah’s airport expansion project is estimated to be around SR 43 billion ($11.46 billion).

The cost of the first phase alone is expected to amount to SR 27 billion ($7.2 billion).

Employed in over 100 companies.

8. The revamped airport will house a monumental control tower.

Boasting a height of 136 meters, it is believed to be the tallest in the world.

9. The airport will feature 40km of linear lighting and 200,000sqm of indoor gardens.

The baggage handling system alone involves over 60 km of belts.

10. The project is expected to use around 3,100 tones of steel in its construction.

Other features include 46 fixed air bridges, 150 escalators, an enormous air cargo village and a state of the art road tunnel underneath the runway.