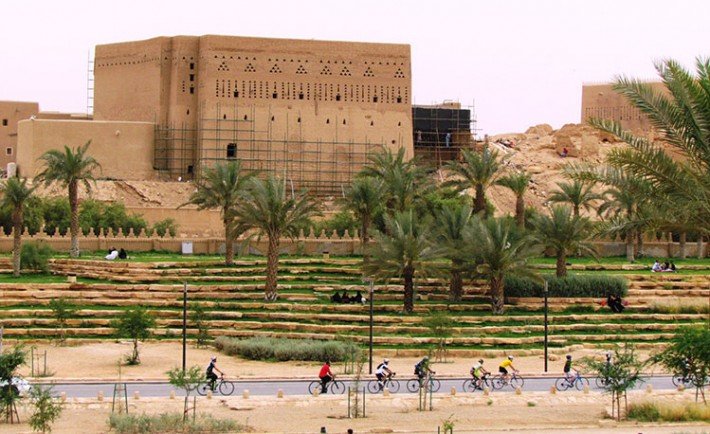 A listing in UNESCO’s World Heritage list definitely does manage to shine international spotlight on the county; its rich cultural and historical aspects of the particular site listed. However contrary to that, the interest garnered by the listing amongst the local population is at many times negligible.

Under the resolute efforts of the Saudi Commission for Tourism and Antiquities (SCTA), The Kingdom has managed to enlist 4 sites, which have brought a renewed interest in the rich history of the country.

So why should it matter to us?

For a start, we can begin by at least getting a basic know-how about this site that has played a central role in the cultural, political and religious reforms in Arabia. 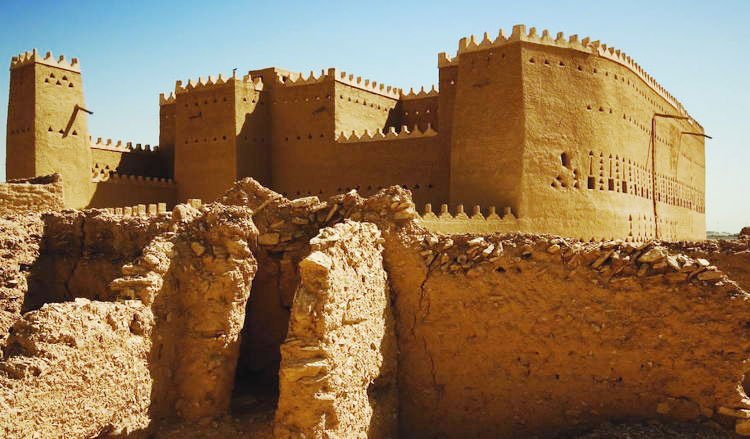 There are 3 districts in Diriyah, of which the Turaif District was enlisted in the UNESCO World Heritage List in 2010. Sitting on the outskirts of Riyadh, this former Arabian stronghold is one of the most prolific Arab sites in the coveted list. Turaif is located on top of a hill and overlooks Wadi Hanif; many palaces and urban ensembles fill this district that sits on the edge of an oasis.

The area was inhabited from as early as the 15th century, though there are some conflicting reports from a few historians who argue that there were other tribes who lived in the area for centuries before, but have not left behind any substantial evidence.

Regardless, Diriyah reached its height when the House of Al Saud overcame all odds and set their capital there in 1744. It remained as the capital of the first Saudi dynasty right until 1818.

Despite being the capital only for less than a century, the political and religious revolutions that happened at its core propelled it as the center of Arabia.

It was in the town of Diriyah that Muhammad ibn Saud was born in the ruling family, who later went on to become the Emir. Together with the religious scholar Muhammad ibn Abd Al-Wahab they managed to set up the First Saudi State and Diriyah came onto the World map. In the decades that followed, the Saudi State covered much of the Najd region and touched the eastern and western portions of Arabia. With wealth and people pouring in, the areas around Turaif swelled in size and the treasuries augmented.

However, this all came to a standstill when the town was besieged by the Ottomans and their allies. The siege lasted for almost a year after which the town was razed. When the subsequent Saudi States emerged they made their capital south of Diriyah in Riyadh.

The district is a unique urban and architectural masterpiece spread over an area of over 29 hectares. The place defines a significant phase in the lives of the Arabs in central Arabia, when they rose to prominence and set about developing an urban settlement of such a scale at a time when most inhabitants of the regions were nomads.

Turaif being the political and administrative center of the Saudi State, managed to urbanize many nomads. It even brought in traders from across Arabia and served as a caravanserai as well. These traders brought with them novel ideas, innovative construction methods and introduced new delicacies into the region.

Turaif and the area around it are the epitome of Najdi architecture.Consisting almost entirely of adobe structures that are characteristic to the region, the Turaif District served as the main citadel of the city.  They highlight the architectural prowess of the inhabitants of the region, which incorporated indigenous construction methods to cope with the extreme desert climate of cold chilly winters and blistering hot summers.

The clay used in the structures was obtained from the bed of the valley nearby that contained adhesive clay naturally mixed with sand and silt. Water was drawn from the wells by means of donkeys and camels with some of them still visible today.

A large portion of the Turaif District and the surrounding regions have been restored including the palaces and the outer walls. There are plans to make Turaif District more tourist-friendly under the ambitious “Turaif District Development Plan” that seeks to turn the place into an open-air museum of sorts. This will be done mainly through remodeling, inaugurating new museums and establishing a traditional market.

Turiaf District has managed to preserve its oasis nature with large plantations of date palms surrounding it, forming an endless see of green. Though some portions were partially re-inhabited in the past century, the vestiges were left relatively untouched as urban development took place further south, this allowed for easier restoration and archaeological excavations.

“If you want to understand today, you have to search yesterday.” ~Pearl Buck