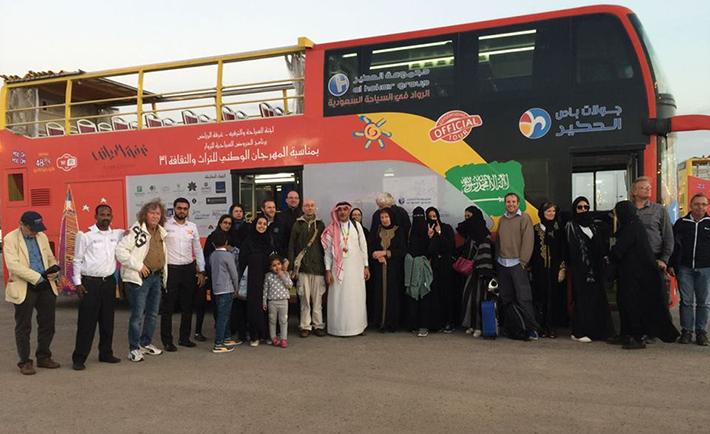 We couldn’t believe it ourselves.

For those Jeddawis who have always wanted to go on a Jeddah tour for a long time, here’s the best news for you.

Jeddah now has a double-decker city tour bus. The service was officially launched on the 28th of March.

The bus passes through major tourist sites in the city and the overall tour lasts for around 2 hours. Ticket prices have also been modestly priced, with SR 60 for adults and SR 35 for children.

There are two lines that the bus tour operates on, one green and the other red. The different lines follow different routes and visit slightly different sites. Such buses are common in many cities in the West; London is where probably the most famous double-decker city bus service runs.

All in all, the bus makes 30 stops and comes with an audio tour guide feature in several languages including English, Arabic, Urdu, Chinese, German and Spanish.

This bus service is definitely a good addition to the ‘things to do’ list of Jeddah. And, like you, we can’t wait to ride it as well. 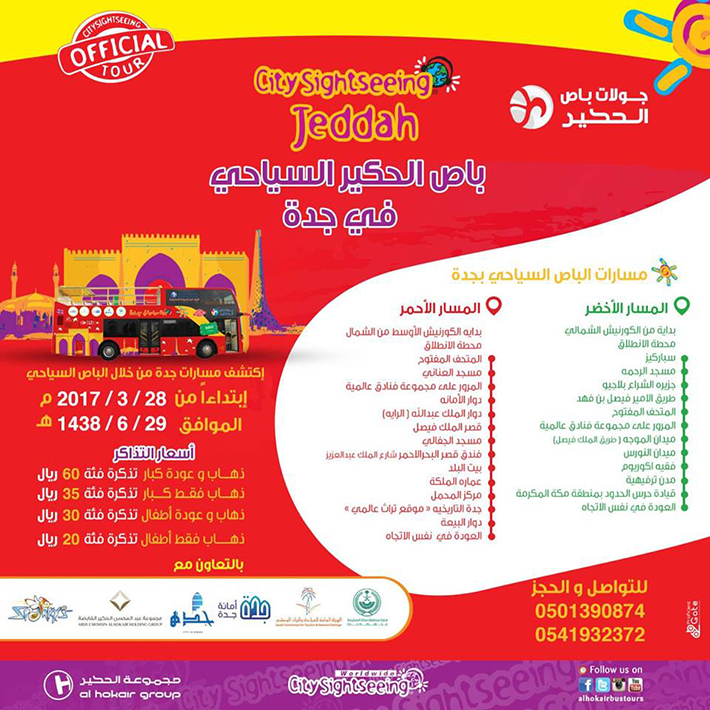