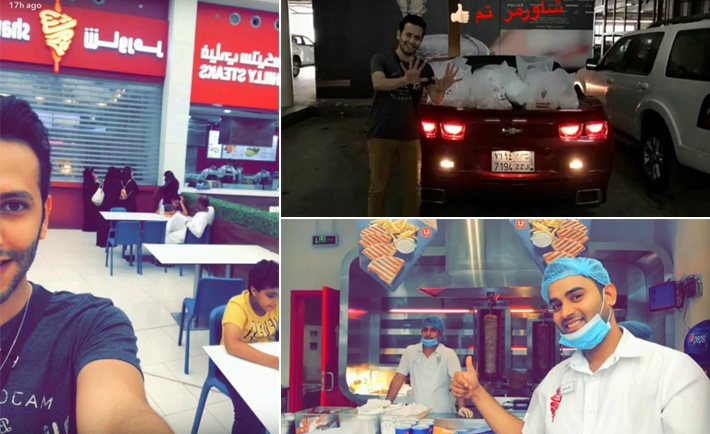 Could this story get more Saudi?

We’ve all heard about the “how many retweets for X” threads, right?

Active tweeters have been able campaign for college admissions (yes, really), Wendy’s nuggets, pets, cancelled exams – just about everything- through achieving a certain number of retweets.

But last night, one man’s quest for retweets in the name of charity went viral on Saudi Twitter.

The tweet, posted by one local Abdulaziz, called upon Shawermer to state the number of retweets he’d need to guarantee a gift of 100 shawermas to be distributed to the local street sweepers.

But, instead of Shawermer naming a price, they offered their 100 sandwiches, no strings attached. This inspired a complete flurry of individuals and companies rushing to do their part, too.

The pledged contributions are too many to begin to count. Within the span of a couple of days, promises of pizzas courtesy of restaurants like Domino’s, Maestro Pizza and Pizza Inn to name a few, meal packages, ice cream, water, money, cars for transport courtesy of Careem, telephone charge cards…the list trails along twitter. Your favourite local magazine (that’s us) offered up Umrah and dinner for 100 workers, too! Even the Saudi Ministry of Municipal and Rural Affairs stepped in to offer its help in streamlining the growing operation.

So, if there’s a lesson to be learned here, it’s about the power of the massive numbers in social media that made one man capable of doing so much good.