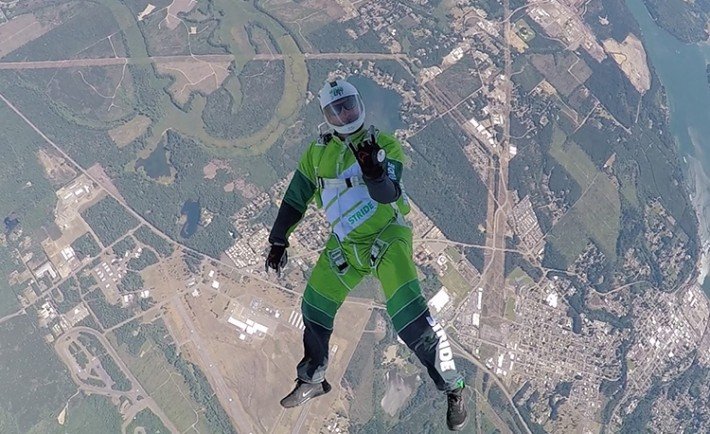 This week was exciting for Harry Potter fans, but Luke Aikins kept quite literally everyone on the edge of their seats.

Aikins gracefully performed a sky dive stunt, sans parachute. It would have powdered anyone’s body, but Aikins came down on a net without scratch. The net was only as large as a football feild, around 100 by 100 ft. The skydiver will be remembered for centuries alongside fellow Redbull Athlete Felix Baumegartner.

Here are some facts about Luke Aikins that you should know: