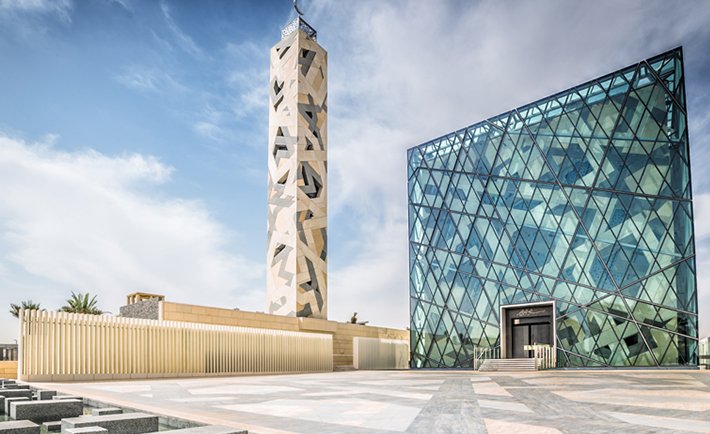 Sophisticated, contemporary and modish while staying true to Islamic design elements; this mosque in Riyadh is a landmark.

The community mosque is the spiritual center of the King Abdullah Petroleum Studies and Research Center’s (KAPSARC) residential development in Riyadh.

1. The mosque’s appearance changes from day to night.

During the day, the shadows from the complex mullion shapes travel over the inner stone façade. At night, the glass mosque appears to be like a lantern washed with light at the bottom and speckled with it near the top. 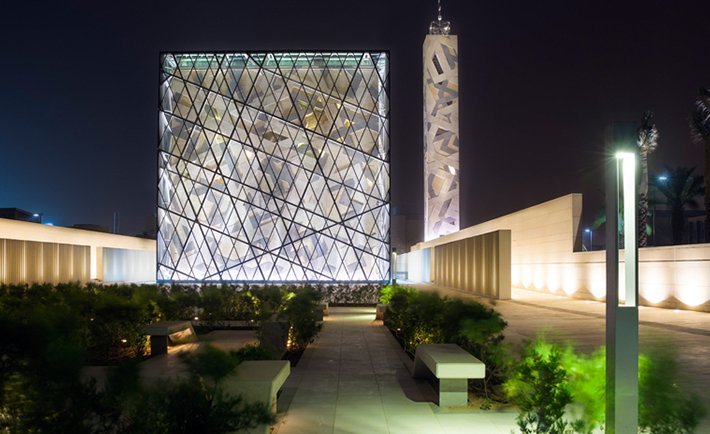 2. The mosque is surrounded by a reflective pool.

The pool glows at night, creating the illusion that the building is levitating over water. 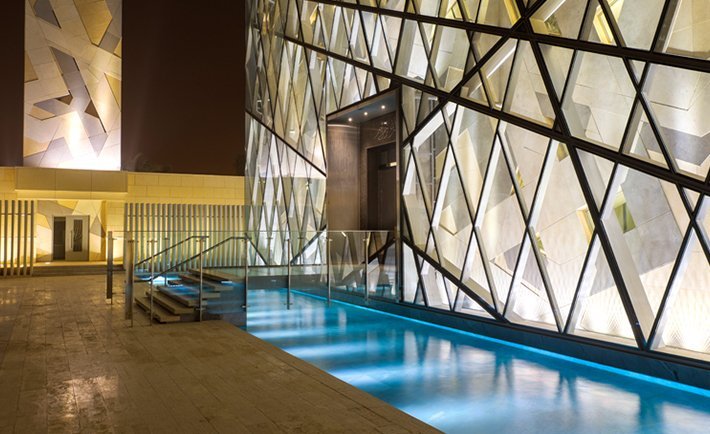 3. It was designed by American firm HOK. 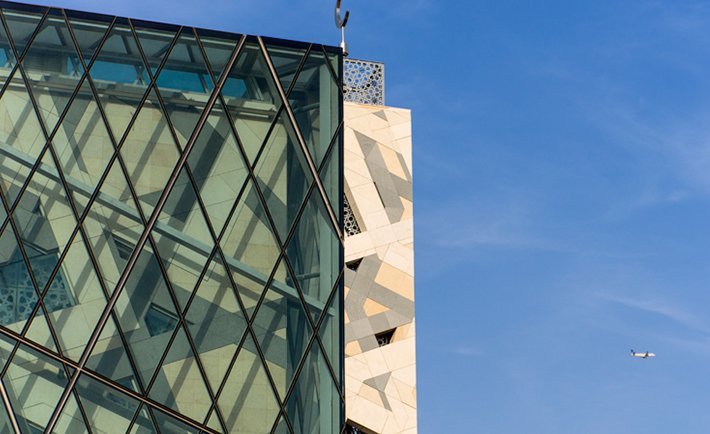 4. Worshipers enter the mosque by climbing a flight of floating stone steps.

Then pass through a glass bridge over the reflective pool. 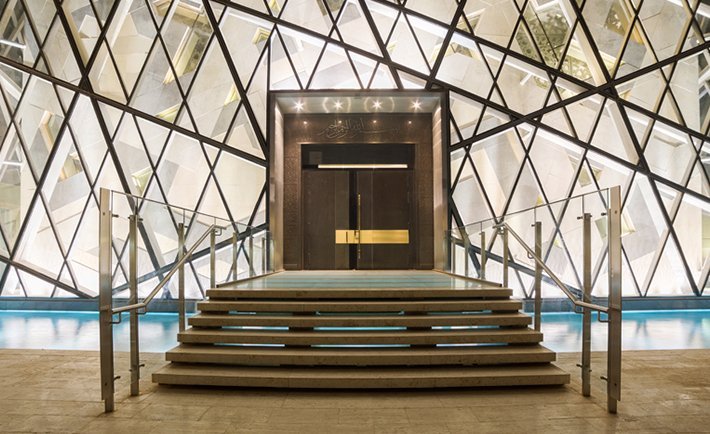 5. The building’s interior is said to be a “technological interpretation of a traditional mashrabiya screen wall”.

Encircling all four walls and the ceiling, the mashrabiya screen glows with the natural light coming through the built-in windows and skylights. This brightens up the interior. 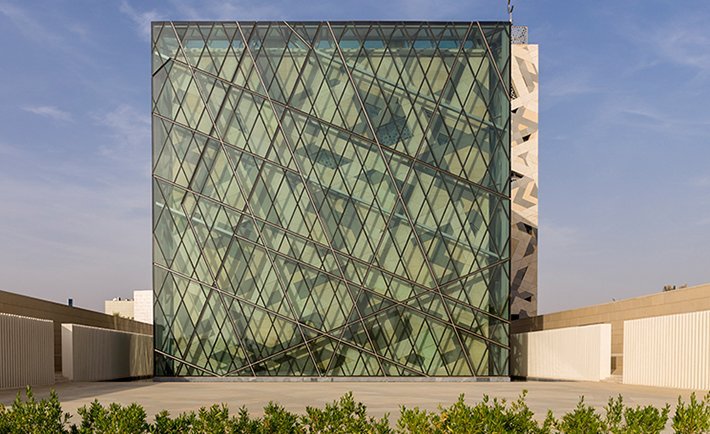 Which echoes the designs of the mosque’s façade. 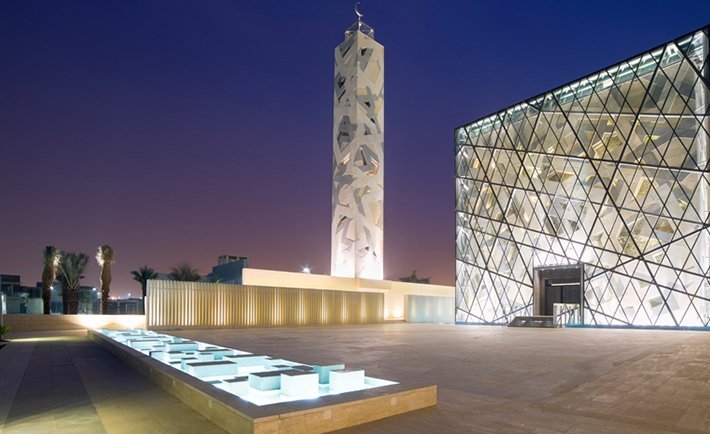 It was featured as project of the month in Cityscape magazine.

8. The mosque is part of a sub scheme of KAPSARC that includes ten communal buildings.

And a 200-house residential neighborhood and four other utility structures. 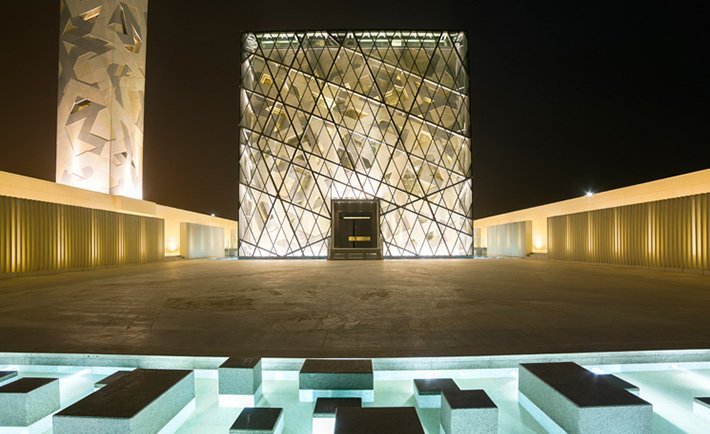