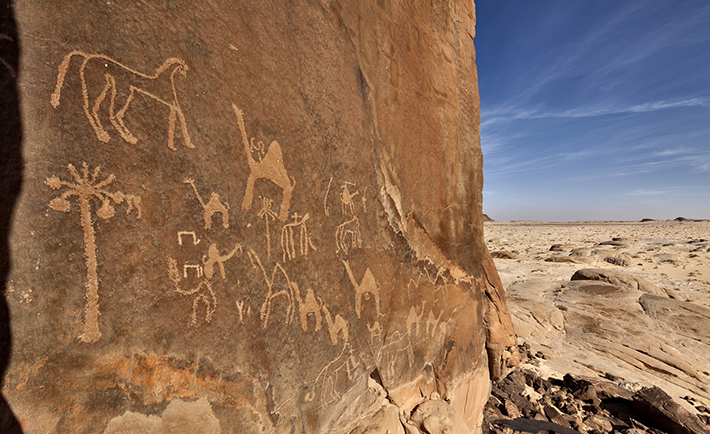 Deep in the Najran province, close to the Yemeni border lies one of Arabia’s oldest surviving historical sites.

The site of the former mystical town of Ukhdood stands in existence from 7th century BC, that makes it well over 2500 years old – a must visit for history aficionados.

This great urban city, a contemporary of Egypt and Mesopotamia, had grandiose palaces, rich residents and was a major trading hub that sat in the midst of a labyrinth of valleys and hills. This town is shrouded in mystery as very little is known about its social and cultural aspects even today. The city of Ukdhood is one of Saudi Arabia’s best kept secrets! 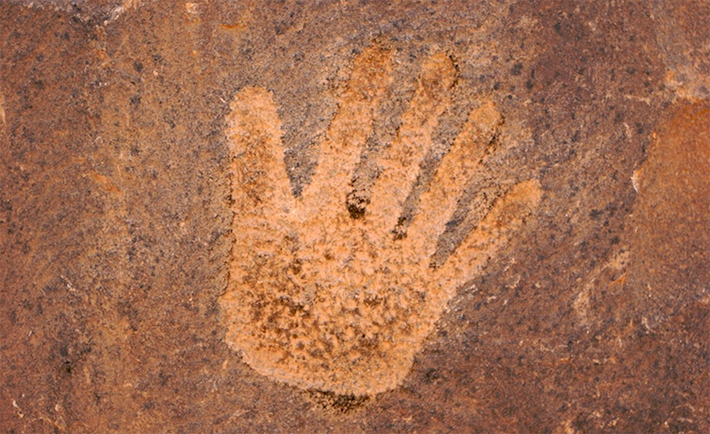 Ukhdood literally translates into ‘trench’ or ‘ditch’ in English and is believed to be the place that is referred to in the Noble Quran in Surah Al Burooj (chapter no. 85). In the Quran the residents of the place were cursed as they were bystanders to a massacre that took place, when the true believers were being thrown into a fiery trench.

The road from Yemen to the Mediterranean was the great trade route, passing through harsh deserts, verdant forests, terrifying bandits and exotic oases. The route served as a channel for trading of goods such as South Arabian frankincense and myrrh; Indian spices, precious stones, pearls, ebony, silk and fine textiles, feathers, animal skins, and gold. 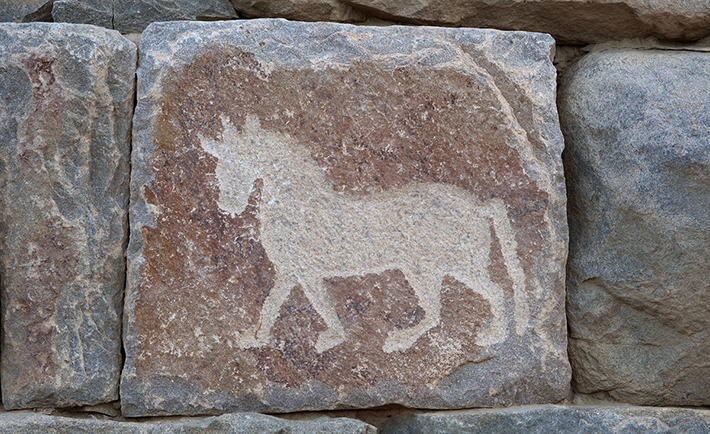 This route passed through the town of Ukhdood. Strategically located on a major caravan route it was able to levy taxes on merchants and through this the city became rich. At its peak, Ukhdood was one of the most important trading cities in Southern Arabia. The city’s downfall eventually happened when newer trade routes were developed and demand for frankincense decreased.

With much thrill and excitement we headed to the city of Najran some 900 kms south of Jeddah. Once in Najran we asked locals for directions and went straight to Ukhdood that lies close to the older part of Najran. After registering our names with the onsite SCTA staff member we were allowed in the fenced area which encircles the city of Ukhdood. 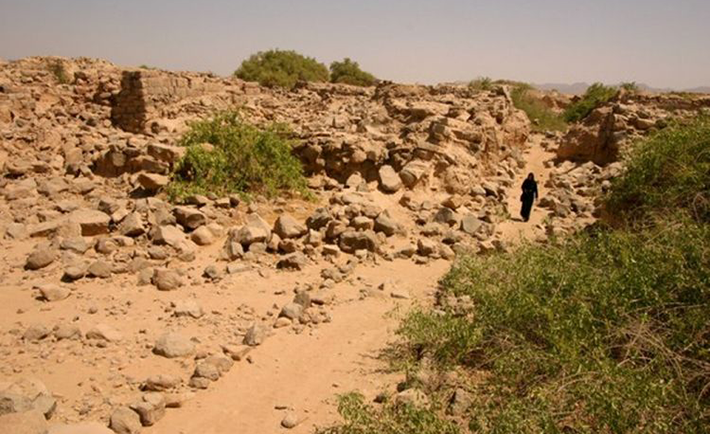 Initially we had to walk through a sandy portion that was scattered with rocks which seemed to go on for miles on both sides. We were looking curiously at these rocks as we walked past them for ancient inscriptions but couldn’t find any.

We then came upon a modern pathway that was under construction and as soon as we crossed the pathway we saw massive fortification walls rising against the dry landscape. Within these walls was the carefully designed city. 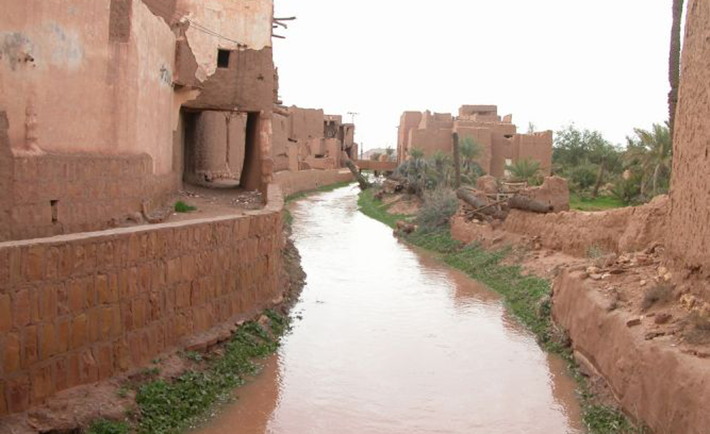 We made our way through an ostentatious entrance whose steps led us to a higher platform from where we were able to get a view of the entire ancient city. Though in ruins, it was still breathtaking. The massive size of the place, the sophisticated grid like pathways and the excellence in plotting that was done in the residential quarters left us awe-inspired.

After following what was the largest pathway at the site, we reached the acropolis and came upon the remains of the foundations of the King’s castle. Its wall was the most impressive structure in the entire premises. The wall had numerous petroglyphs and inscriptions on it, depicting stylized horses, two-headed snakes, cattle and even ancient South Arabian script. 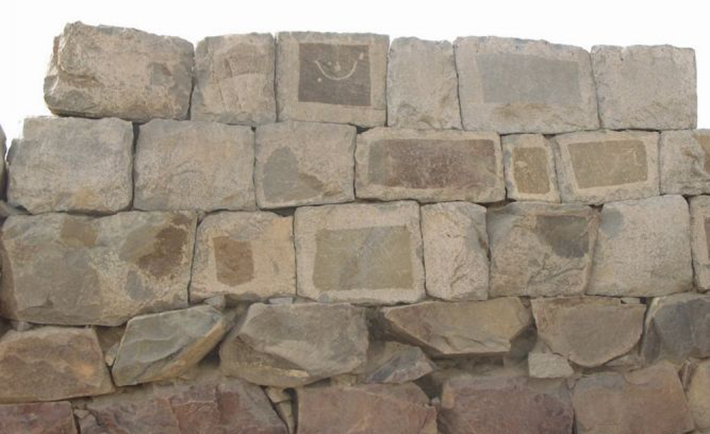 We heard about the existence of the ancient ditch which is mentioned in the Quran from other travelers but were unable to spot it ourselves. There are very few descriptions on site for tourists; there was hardly any information available about notable structures in the city and more importantly the purpose of each structure.

We continued to stroll around the ruins and spotted the occasional inscriptions. The most impressive of which was a tablet that had a large amount of ancient script engraved on it. The refinement of buildings, street remains and inscriptions speak volumes about the technological sophistication of the residents of the town. 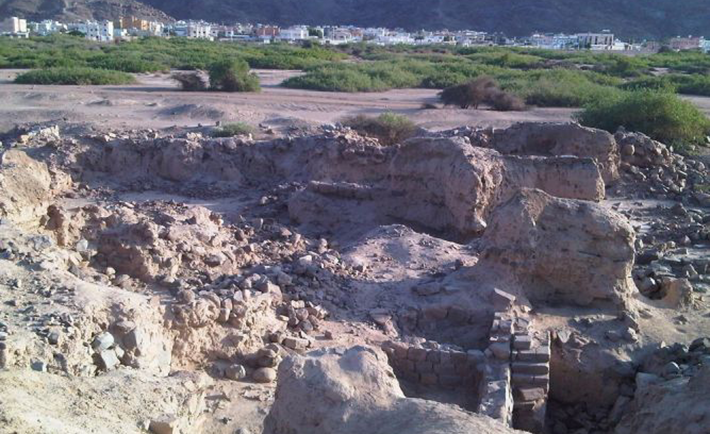 Close by were the residential quarters that were in a depleting condition, some were reduced to the ground and only scrambled rocks remained whilst others were standing firm yet roofless. There was also vegetation growing on the depleting structures making their condition worse. As we walked through the residential quarters we were trying to contemplate on life during the city’s heydays, it was actually quite a fun experience.

There is an onsite museum that is located close to the entrance but is currently closed as expansion works are being carried in it. There is also an ancient cemetery south of the external wall but time didn’t permit us to visit it. 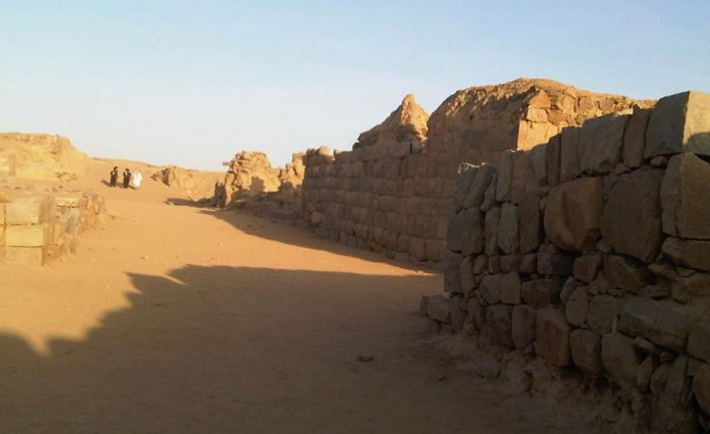 Shrouded in mystery the ancient city continues to intrigue visitors even after close to 3000 years of existence. It may be a bit horrific to see the site in a deteriorating condition but with restoration works having begun already one can expect things to improve for Ukhdood. Though in ruins, the ancient city is perhaps the oldest and most impressive archaeological site that we’ve visited.

So make your way through the crumbling stone walls whilst searching for the occasional inscriptions and experience ancient Arabia for yourself!