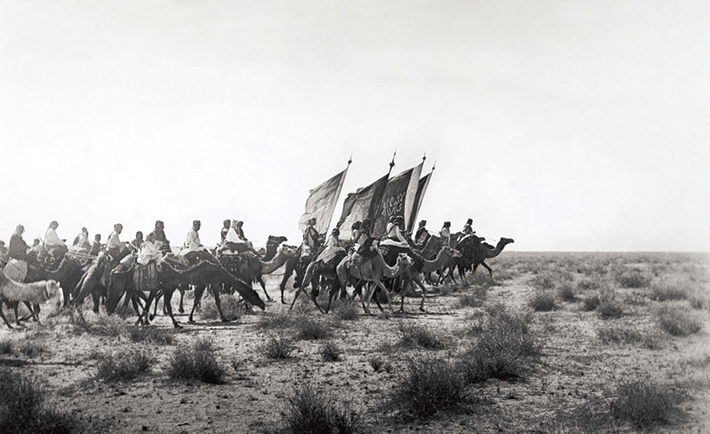 He has his name inevitably etched with Saudi Arabia’s formation years. He played a key role not only by taking one of the first photographs of many places in inland Arabia but also for trying to get Britain to recognize the growing power of Ibn Saud.

Born in Bombay, Shakespear served in many posts in British India before finally making his way to the interiors of Arabia. Fluent in multiple languages including Arabic and working as a British Political Agent in Kuwait, William Shakespear went on many expeditions to the Arabian heartland. 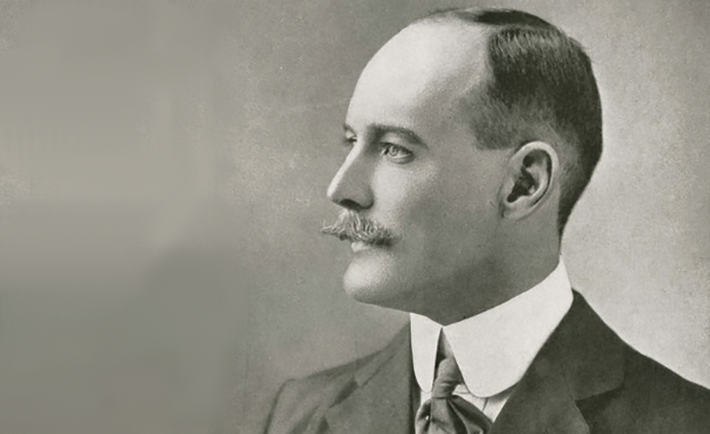 His most famous journey is one wherein he traveled from Kuwait to the Red Sea, mapping and documenting many areas that were unexplored by Europeans. Prior to this, he even made an overland journey to England traveling through Persia, Turkey and Europe on his Rover motorcar. It was this very car that he used for many of his travels in the Arabian desert.

During these expeditions, he became acquainted with King Abdulaziz, who was at that time the Emir of Najd. He mapped and studied the region in great detail and also managed to convince the future King to allow him to shoot his first photograph. This was taken by his plate camera. 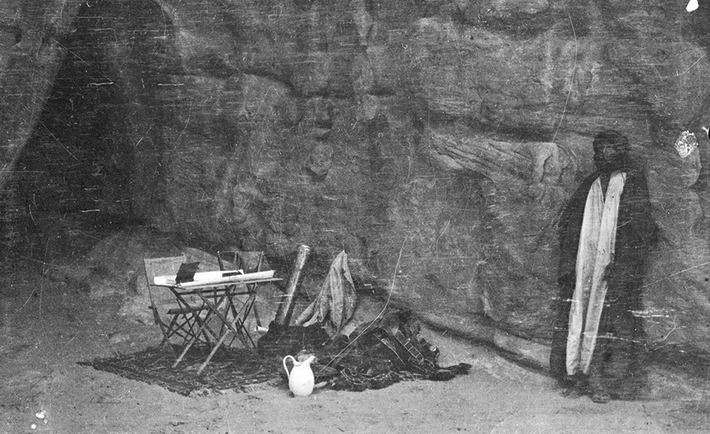 Shakespear’s camping gear and Arab figure by rock face and cave, probably in mountains in vicinity of Wadi Iram/Yatun Aqabah.

Shakespear seemed fond of Ibn Saud, who he described as “a fair, handsome man… of genial and very courteous manner.” The companionship and camaraderie between the two men laid the groundwork for the relationship that was to develop between Saudi Arabia and Britain.

Shakespear died in the Battle of Jarrab, he was only 37. Shortly after his death, a treaty drafted by him was signed between Britain and Ibn Saud that gave the Saudi rule in Arabia its first international recognition.