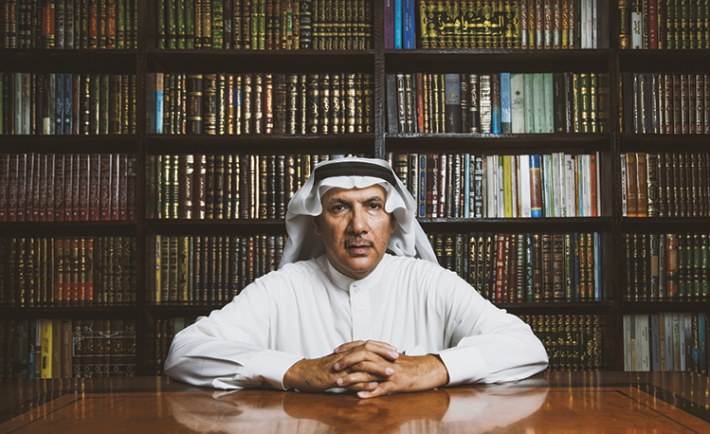 Take a leaf out of Ali Al Herz’s book.

“I would have never guessed that it would get this much attention, to be honest.” Ali Al Herz says humbly, referring to his 30,000 collection of books
that he has assembled in his very own household.

Al Herz, from the city of Qatif, identifies himself as a bibliomaniac, which is defined as love of possessing and collecting books. It is honestly the most beautiful addiction, according to him. He doesn’t only collect books, but also currencies, stamps, ancient documents, newspapers, and magazines.

Before his gathering books era, Al Herz grew up in a farming family. His mom was an avid reader, yet his dad was illiterate. His mother, thus, became his first school. Unfortunately, Al Herz’s father passed away so he had to drop out of school to help his mother. Despite being out of school, Al Herz’s love for books grew as he enjoyed reading books of myths and mysteries. Fast forward to the future, a library grew from a seed. He had 3 halls each named after a Greek philosopher, illustrating his love of philosophy. They are Socrates, Plato, Aristotle; home to thousands of notable and obscure names in the literary world. 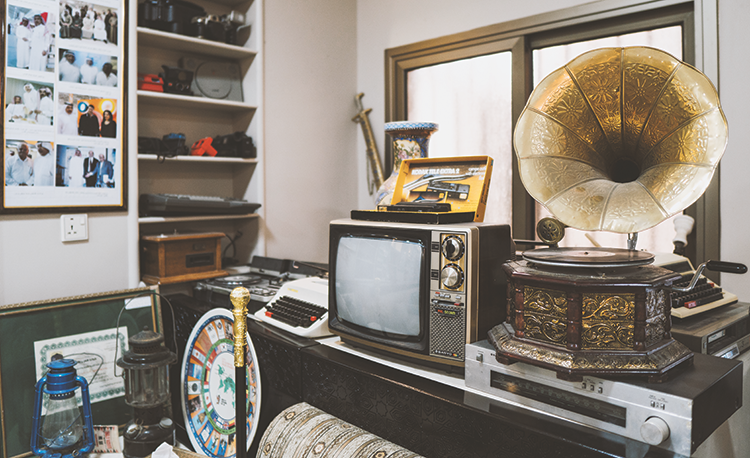 Although he never thought it would develop this fast, he believes it aligns with Sharqiya’s development and its growing interest in knowledge and books.
“Everything starts small then gets bigger. Except for misfortunes, they start big and then get smaller.” Al Herz says, speaking about his library. While he was mentioning the development of his magnificent “garden of curiosity”, I could not help but ask him about the future he sees for his library from now and onwards. Nonetheless, he said that he wants the library to be a back support for future generations and the youth of our beloved country.

“I believe my life consists of many stations. Interests can be interchangeable, from literature to history to religions topolitics to novels to anthropology philosophy.” Al Herz enjoys completing collections and being up to date with leaders in the community. He emphasizes on that by saying, “Usually, for example, if there’s a specific author, I would get all of his books and organize them. Hassan Hanfi for example, and add all his books. Especially if the authors are influential individuals in society.” Nevertheless, he added up his library up to approximately 30,000 books and 100,000 newspapers and magazines, especially ones from previous centuries and with historical value.

Like me, you are probably wondering what kind of genre the book expert recommends to the public. “Every person has a personal interest when it comes to reading books, like, a favorite author, but when it comes to me, I find interest in Russian literature and Philosophy.” But he believes in diversifying interests, of course each individual has their favorite genre, but that should not stop them from exploring new fields. Al Herz speaks of this matter and says, “I have a lot of visitors. Delegations from the country and outside of it. Students. Cultural/knowledge events and forums. Europe. Different countries. India and Africa. I do not want my library to be just a personal one, but also a public one where different people can benefit from it and share the knowledge. As I have been named before as a cultural/knowledge guide.” 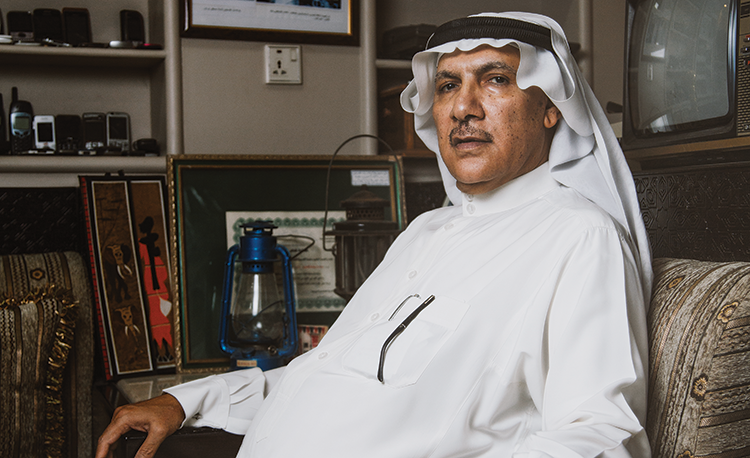 Did Al Herz read all of his books? He answers this question with, “No, unfortunately, there is no way for one human to read this many books in a lifetime. Also, my library includes some dictionaries. And with novels, you have to read it from beginning (suspense) to (problem) end (solution).” So it would be a disgrace to put a book down when you are not even done with it yet. He read almost no less than 70% he has read or went over. Especially when he was 14, he ended up memorizing Arabic literature. He read not less than 8 to 10 hours.

Al Herz’s advice to those interested in reading is that, “Reading is a wide sea, every individual must practice this exercise. It is like working out, but for the brain. You need to work out physically just as much as you need to do so mentally.” Also, a way to make this new generation more knowledgeable.

Al Herz indicates that, “This generation is in fact fond of reading. I recommend students to visit libraries and bookstores more, because it’d plant a seed of love and curiosity for reading when you’resurrounded by books. A lot of book lovers started off that way.”