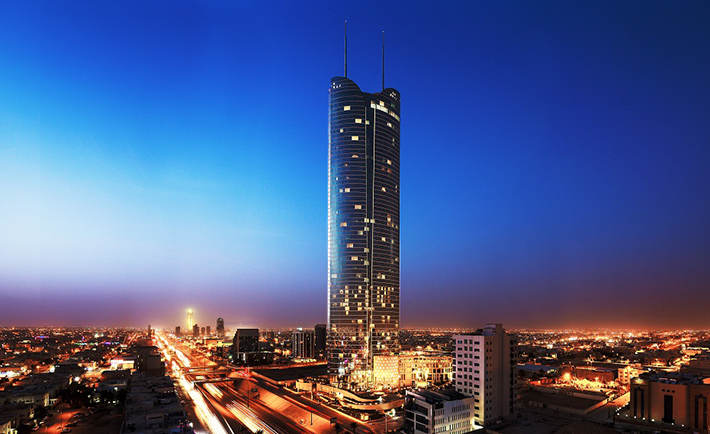 While Makkah’s Royal Clock Tower tops the list of being the tallest in the country with its mammoth height of 601 meters, the 2nd tallest building is not the Kingdom Center in Riyadh as many would expect.Which is natural as the Kingdom Center was the tallest building in Saudi Arabia right till the Makkah Royal Clock Tower topped it.

But 3 years ago, another skyscraper, the Burj Rafal, topped the height of the Kingdom Center. Located in the city of Riyadh, Burj Rafal has a total height of 308 meters (1,010 feet).  It is just 5 meters taller than Kingdom Center, thereby becoming the tallest building in Riyadh.

Constructed at a cost of $320m, the 70-storey tower offers 360-degree views of the surrounding area. The first 23 stories are occupied by the Kempinski Hotel. The floors above the hotel house 440 luxury residential apartments and eight penthouses. 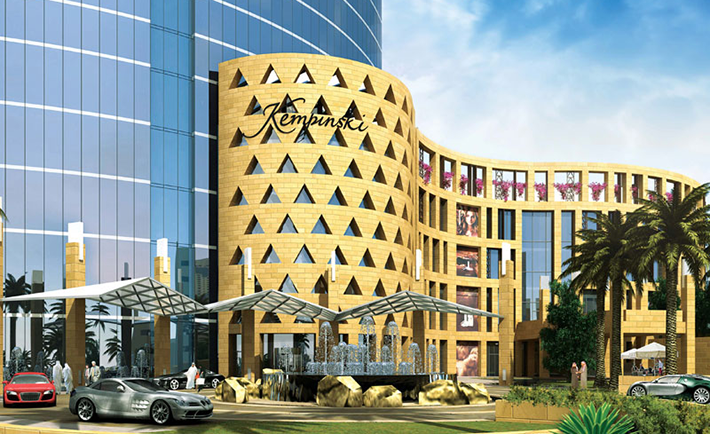 The designers behind Burj Rafal are P&T Architects, who are famous for designing some of Hong Kong’s most iconic buildings.  Built on a 20,000 square meter plot, Burj Rafal took 4 years to build and was formally opened in 2014.  The Kempinski Hotel inside the building has won numerous accolades including the 2016 award for Saudi Arabia’s Leading Hotel and Saudi Arabia’s Leading Hotel Residences by World Travel Awards.

Though it is the current tallest in Riyadh, Burj Rafal’s record is soon to be overtaken by the under construction Capital Market Authority Tower that is expected to have a final height of 385 m.