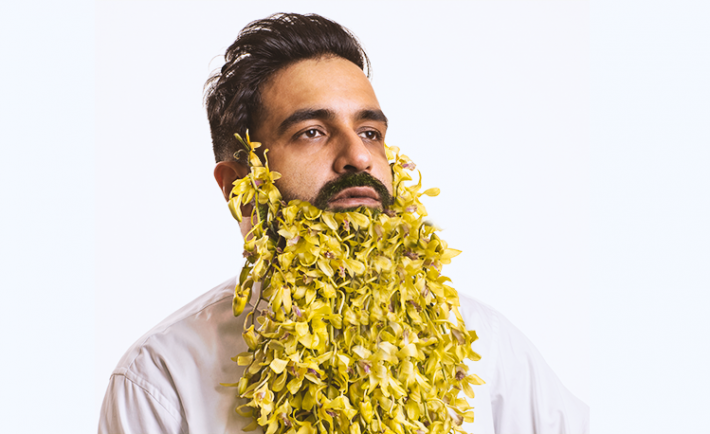 Don’t just be a man, be better.

Given the current state of the global social psyche, you might have heard of the term toxic masculinity. It’s a controversial term that stirs up both sides of the proverbial debate, but it does encompass an important concept that is often ignored in our region and derided as a social justice issue from the liberal minds of the West.

Think of toxic masculinity as that stereotypical ideal of the 80s action hero – dominant in every way, unemotional, perpetually aggressive, and speaks in grunts. But toxic masculinity isn’t a stereotype, it’s the very real actions of certain men to assert their dominance on others. Unfortunately, most of us play a passive role in the development of these individuals. The culture of masculinity that a society allows to perpetuate dictates how we treat women and men that don’t “fit the mold.”

“Man up”, “Be a man”, “Am I man enough?”, and, as we would say in Arabic, as-tar-jil, or even describing a capable woman as being ukht rijal (“a sister of men”) – these are historically and culturally established idioms that do more harm to boys and girls, and the adults they grow up to become. Words like these are a product of damaging gender stereotypes. A phrase like “man up” indicates that you have a deficiency, and the only way to overcome that is by filling the void with the ‘positive attributes’ associated with being a man. It’s even worse when it’s said to a girl or a woman, indicating that these positive attributes are ‘only available to men.’ Be less feminine, be a man. We are nonchalant and oblivious to our choice of words, especially when it comes to idioms.

What’s scary is the fact that toxic masculinity is taught through our behaviors; we see it in the boy that attempts to assert his dominance on his mother or sister at a mall – this isn’t instinctive behavior, it’s a taught one, through observation and passively allowing it to happen. And it continues to manifest between boys and men as they attempt to flex “their” alpha male demeanor on each other. I recall preferring a clean shave when I was much younger, never a fan of that most masculine of facial adornments: the mustache. That wasn’t as accepted, and you would often hear distasteful comments about the extent of masculinity based on such a choice. You don’t fit in with the boys if you don’t do what the other boys do.

It’s not just appearances; these are just a continuation of the dated stereotypes that men suffer in silence, whereas women are allowed to be more emotional. These expectations start early – when a child grazes their knee, we console a girl and tell the boy to stop “crying like a girl.” I’m obviously generalizing, but these are common instances that reinforce positive attributes to men, and negative ones to women.

This suppression of vulnerable emotions leads to men dealing with challenges in life with great difficulty; tackling mental health issues becomes even harder, emotional and relationship issues become frustrating, and masculinity becomes ever more fragile. Because of this, some men assert their dominance in any manner possible – this is what toxic masculinity looks like.

Is there an objective definition to masculinity? I don’t think there is; I think masculinity is an everchanging concept that stems from both nature and nurture. It’s a reflection of the times, it’s simply unfair to force our assumptions and definitions on a new generation of children. What we should be teaching our children is empathy. That’s not an easy task, but through repeated exposure to the thoughts and concerns of others we can get a little closer.

“The idea is to have a positive influence on our society to change that zeitgeist by reassessing our behavior and language. Don’t be just a man, be better.” Dr. Youssof Mal