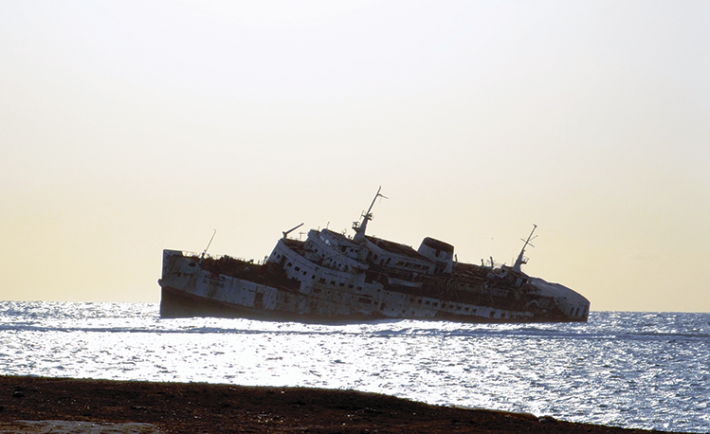 Take in amazing views of the sunset at an earthen yellow sand beach with a mesmerizing shipwreck right off the coast overlooking you.

A popular field trip location amongst some embassy run schools, this long stretch of perfectly swimmable beach is a must visit for beach lovers. Located around 70 kilometers to the south of Jeddah, this is one of the best spots near the city to view the breathtaking expanse of the royal blue colored Red Sea.

As we headed south on the Jeddah – Jizan Highway, we saw factories after factories that passed by us. Jeddah’s south has a few industrial zones, the first two of which are chockfull with factories. They go on for miles near the highway. 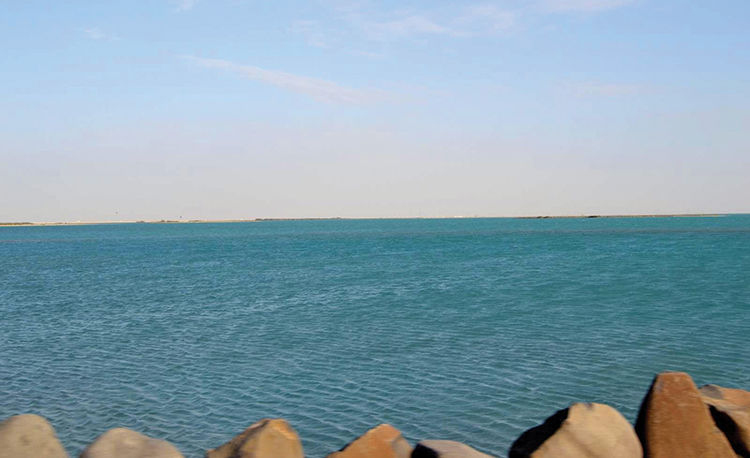 Soon after the industrial zones ended, there was no habitation whatsoever; just a wide empty stretch of highway passing through the desert. I wonder how lone drivers keep themselves awake on journeys in which they have to travel for hours on this road. The only moments they get to see civilization again or so to say is when the occasional petrol station passes by. It was like we were in one of those Hollywood movies where the plot revolves around somewhere in the Nevada desert with classical Texan country music playing in the background.

We took the exit to Shoaiba and the road led us straight to a resort. We opted to go the place where we saw this gigantic shipwreck off the coast away from the resort. To reach the shipwreck site we had to go off-road, following tire tracks of previous visitors. 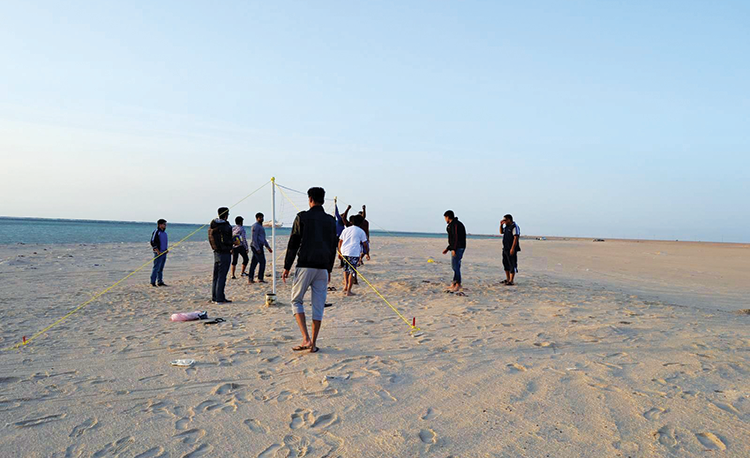 The sun’s light was shimmering in the blue sea creating a beautiful contrast with the giant ship leaning at a precarious angle on our side. It is commonly referred to as the Al Fahd Shipwreck. It stands grounded in reefs with much of the ship fully intact unlike other shipwrecks in the Red Sea. The waves were calmly brushing the sides of the ship before crashing into the shore.

The Al Fahd ship has a long history behind it. It was originally built in 1966 by the I.C.H. Holland, at that time it was referred to as the Ro Pax Vessel. It was then sold to the Maltese, followed by the Egyptians, who changed the ship’s name. Decades later and a number of owners and names later it finally ended up serving for 12 years in Saudi Arabia before meeting its untimely fate – being less than 50 kilometers away from its stopover point at the Jeddah Islamic Seaport. 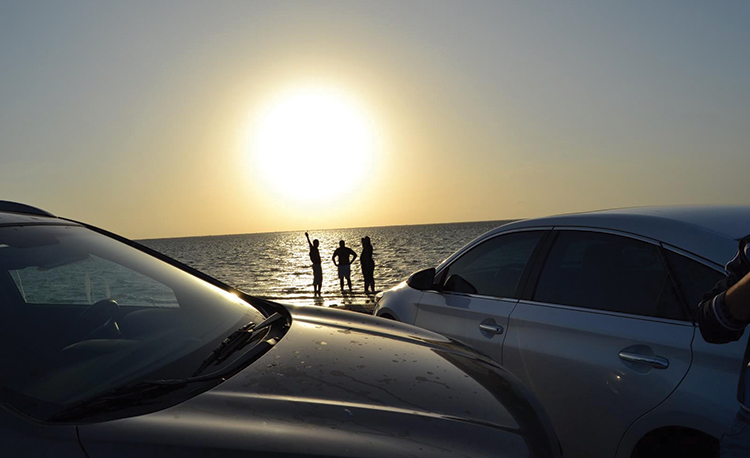 We found a place nearby that had softer sand to plant our volleyball pole and net. It was extremely windy that day, putting our well thought of plan of playing beach volleyball in danger. As we served the gusts of wind lifted the lightweight volleyball out of bounds even with the slightest touch. Following which it continued to roll fast across the beach and one of us had to run at full speed after it as it kept drifting away with each second that passed.

After a somewhat failed attempt, we resorted to our second plan of the day, which was the good old barbeque. We sat till late night barbecuing and eating literally to the bone. There was no light around nearby whatsoever apart from the charcoal that was being used for the barbecue. It was so dark with the moon being in its crescent stage that when one of us would step away from the light it was almost like we went into the abyss. Even the shipwreck that stood so gracefully under the sun felt like it was no longer next to us. It was like we were desert camping except that this time we had the sea next to us, which was gently lapping the shore. 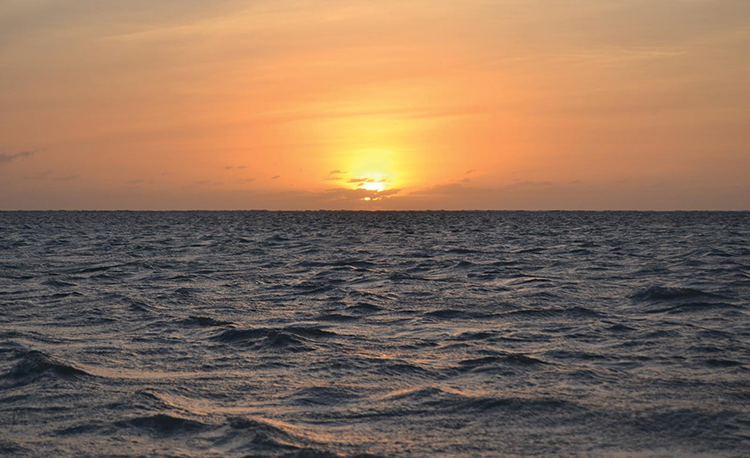 We had slight difficulty however in getting back to the main road as were so far off, in a place where there were no lights and tire tracks went in all different directions. But overall it was an amazing experience. While the beach is decent, it is the large shipwreck that brings the ‘wow’ factor to it.