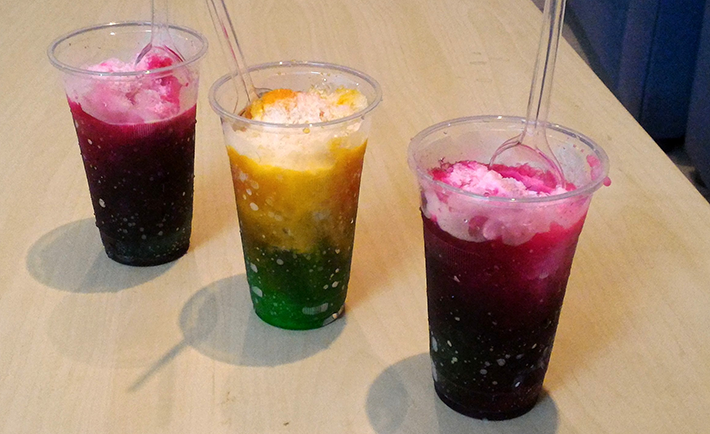 Known as a ‘gola’ in the shop where it is being served, the snow-like shaved ice dessert has garnered many loyalists.

Coming in a variety of colors it is not just for kids, even adults stand in the queues waiting  for their gola to get ready. 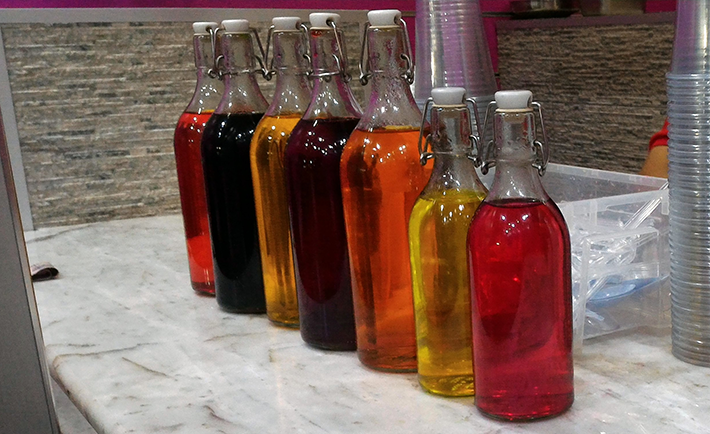 I found Rangola, a shop that sells gola in Azizia on Odaba Street. Rangola is tucked away between flour mills and eyewear stores. Inside, separate queues for men and women can be found. It can take a few minutes for preparation as it’s not as easy as scooping  the ice cream and putting it on a cone. 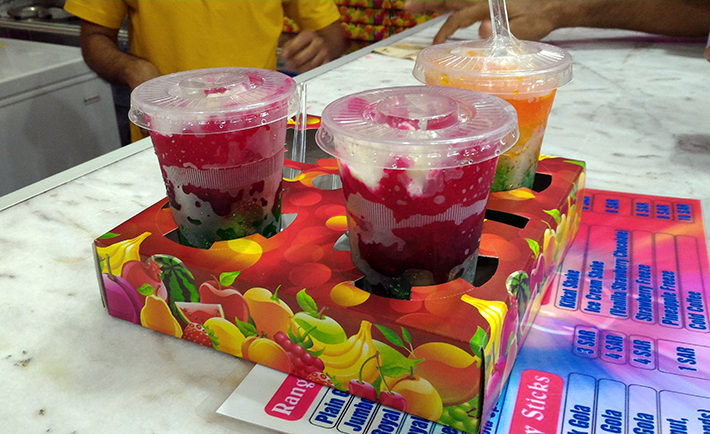 While the origins of the dessert are debated, the word gola is purely South Asian.

The counter is lined with several bottles containing various colored syrups. The syrup gives the ice shavings the colorful look and flavor. Shaved ice is made either by finely shaving or crushing ice. Then its doused in the syrup. The gola is served on a stick or in a cup depending on your preference. 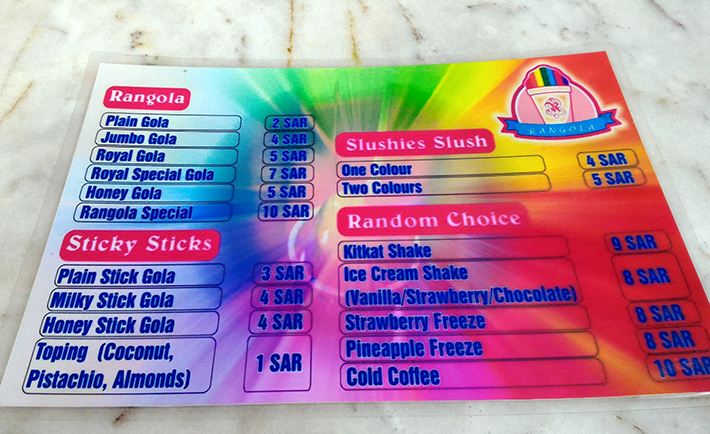 The shaved ice that I was served had the colors of the Indian flag, and it was surprisingly good.

And guess what?! The gola costs ONLY SR 2!