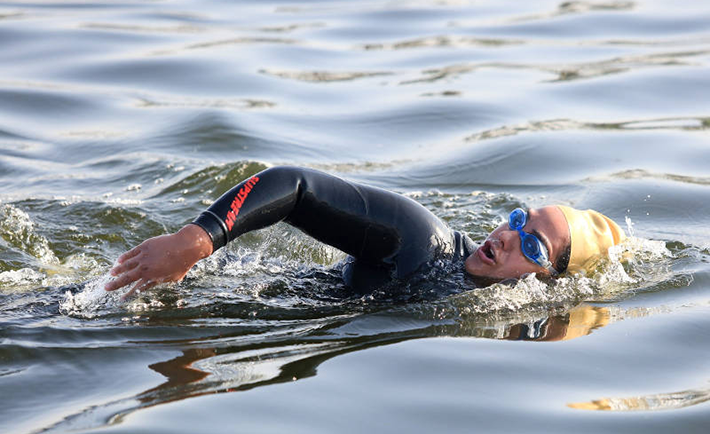 Born in London and raised in Jeddah, Mariam Saleh bin Laden grew up with a spirit of independence and adventure. This sense of adventure, coupled with Mariam’s determination, led Mariam to her first summer camp in the United States at just ten years old. It was there where she first tapped into her love for swimming.

Mariam Saleh bin Laden, a Saudi dentist and humanitarian, set a new record while crossing the Dubai Creek and the Dubai Water Canal, two days after the International Women’s Day on March 8. She swam a total distance of 24 kilometers, beginning at  5 a.m. on Friday, she battled strong currents from the canal’s Dubai Creek entrance in the Al Shindagha area of Dubai’s historic district. Her swim concluded at 2.10 p.m. at Al Ghubaiba Station next to the Four Seasons Hotel.

In an interview, Mariam Saleh bin Laden talked about her pledge to raise awareness for orphaned Syrian refugees, “They have been uprooted from their homes, and scattered across different parts of the world. I also wanted to motivate more and more women from the Arab World to take on sports and use their talents to achieve the unachievable, knowing that nothing is impossible.”

A few months ago, Mariam Saleh bin Laden became the first woman and Saudi to accomplish a solo swim across the English Channel. In another attempt, she completed the swim in 11 hours and 41 minutes, from Samphire Hoe on the South Coast of England and landing in Calais, France. She was also the first Arab and first Saudi woman to complete the open water Hellespont swim (crossing from Europe to Asia, across the Dardanelles Strait).

Mariam Saleh bin Laden is an inspiration for all women. We applaud her efforts.