Sitting close to the borders of Egypt and Jordan, NEOM is one of the biggest if not the biggest infrastructure projects to be announced in the Middle East. Being built on a colossal scale, measuring almost 25,900 square kilometers it will be 33 times bigger than New York City.

The announcement was made by Saudi Crown Prince Mohammed Bin Salman who called the city “a place for dreamers who want to create something new in the world, something extraordinary.”

A video showing glimpses of what life inside the city will be like accompanied the announcement. The video has since gone viral on the internet and by the looks of it, it seems like a place we would have no problem whatsoever in shifting to. The lifestyle it portrays is unlike anything we’ve ever seen before in the country. 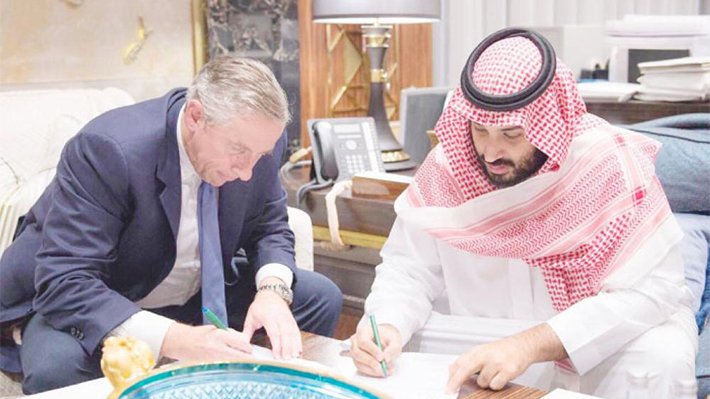 The headline grabbing $500 billion investment of the city will be funded majorly by the Saudi Arabian government, Saudi Arabian Public Investment Fund and other local and foreign investors.The NEOM project will be run by Klaus Kleinfeld, a former CEO of Alcoa Inc and Siemens AG.

The expected completion of the first phase of the city is set at 2025 and we can’t wait for 2025 already.

The city aims to offer its inhabitants “an idyllic lifestyle paired with excellent economic opportunities that surpass that of any other metropolis. It will attract Saudi Arabians and expatriates, as do all other global societies,” PIF said in a statement.

It would sit adjacent to the Gulf of Aqaba and the Red Sea and near the maritime route through the Suez Canal. NEOM will also serve as a gateway to the proposed King Salman Bridge that will link Saudi Arabia with Egypt.

The megacity will host a variety of industries like water, biotechnology, food, advanced manufacturing, entertainment and energy. Speaking of energy the city will run entirely on renewable energy from wind and solar sources. This will make it one of the largest cities in the world to run on renewable energy.