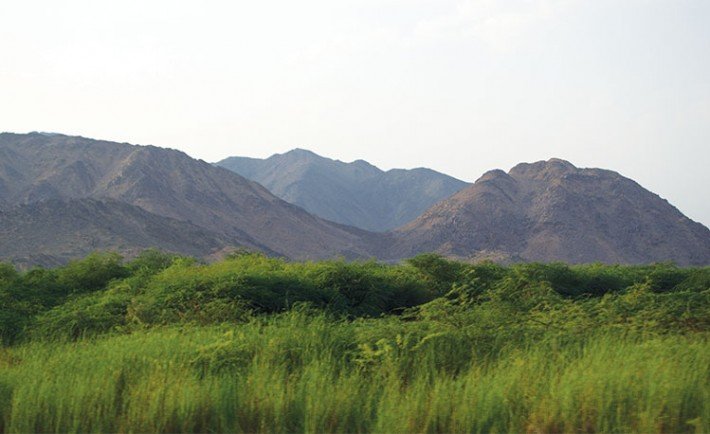 Following the stream leading to the water.

While many blatantly defy the chances of there being natural springs in KSA, much to their astonishment there are several of them dotted all over the country.

In fact, some local water companies boast of their water being sourced from natural springs. The specialty about the springs at Al Lith is that they are natural hot springs, something one would expect to find only in places like Europe or Japan. 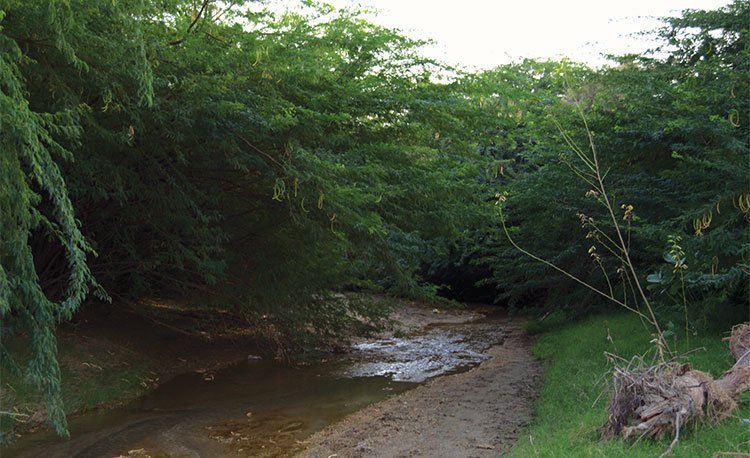 The ride to the town of Al Lith from Jeddah was an easy one for us as it is located on the major Jeddah-Jizan Highway. This same highway goes all the way to Yemen as well.

Once at Al Lith we knew that we wouldn’t be left with many options for food to choose from on our onward journey towards the hot springs, thus we decided to eat at a massive food court in the main city. The place we stopped at has a plethora of restaurants and sits right on the main highway. It is also a popular stopover amongst buses carrying travelers to the southern parts of the Kingdom. 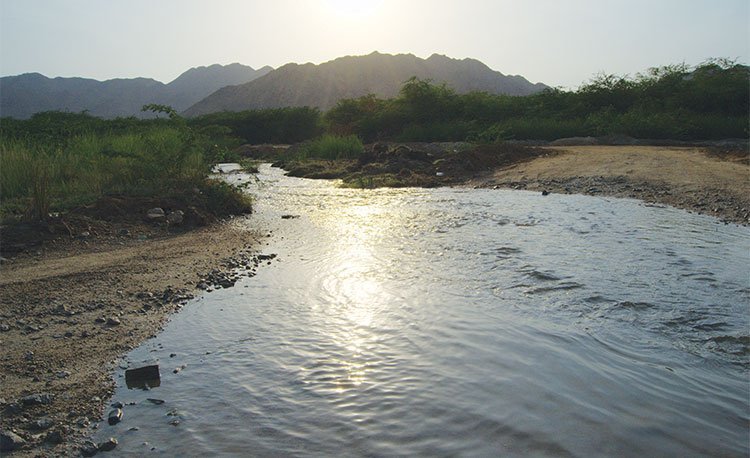 We had what Al Lith is known for – seafood. As expected we found the seafood to be delectable, despite carrying very little spices for our palette. We got off the highway and headed onto an adjacent single lane road. This road goes all the way till the hot spring, running through a number of small villages on the way. There were just two signboards on this road, which confirmed that we were heading in the right direction.

The road itself was flanked by small trees, and right before we reached the spring, the greenery in the surroundings seemed to increase. A final signboard marked the location and from there the springs were a stone’s throw away. We parked our cars and walked towards the water. 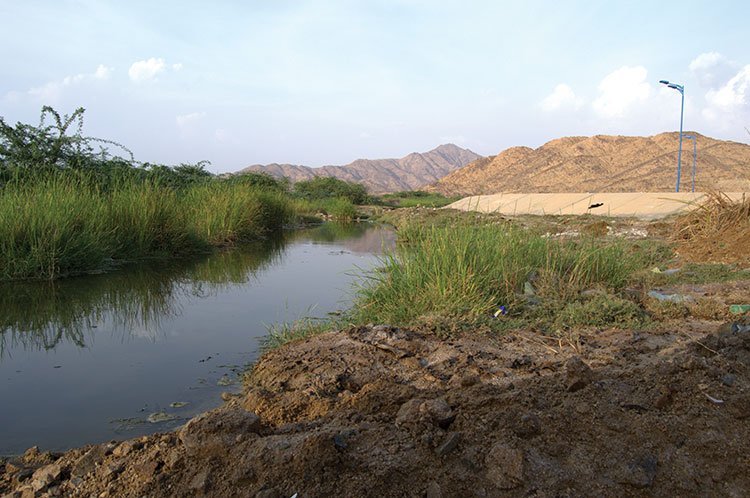 On the Trail of a Stream

It wasn’t a single stream, there were multiple streams gushing from the spring. We put our hands in the nearest stream to us and much to our surprise it was cold.

We couldn’t see where these streams started. We walked over them until we came across the biggest one. At that time we were told by a passerby that the hot spring was on the east of us. We decided to visit the hot springs later and explore the stream in front of us that meandered its way calmly into the abyss. Here it felt like we were in the middle of a tropical rainforest with all the lush green trees and luxuriant grass that surrounded us. The stream was flowing from the north and we walked by it towards its source.

I found it to be quite similar to a previous hiking experience I had in the jungles of Kodaikanal in India. The place felt so tranquil; a place where one could just want to lie down and hear the birds chirp and listen to the pleasant sound of the flowing stream.

We continued walking, with the stream at times getting knee-high. There were areas where we barely made it through because of the thorny plants that blocked the way. We continued walking till we could go no further and the stream got visibly smaller. Nearby was a place where the dense forest rucked up to an open desert that had a beautiful backdrop of chestnut-colored mountains. 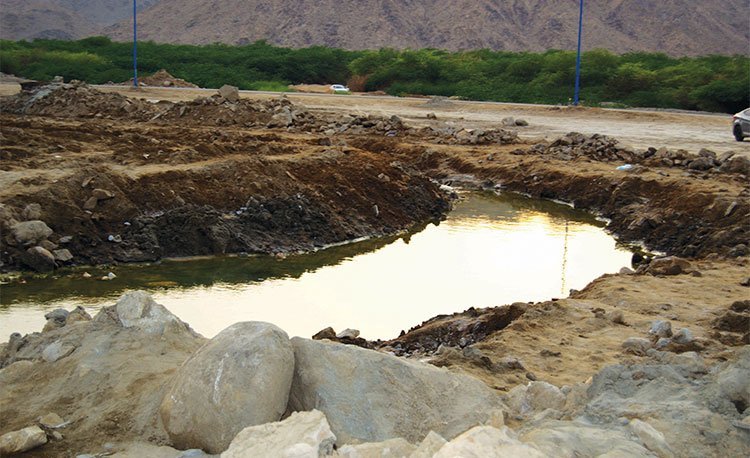 At the Hot Springs

We then went on to where the hot springs were. From a distance we could see groups of people just standing by it and staring into it deeply. Some were even seen filling big plastic bottles with water from the spring, as hot springs are known for their high mineral content and medicinal properties.

Hot springs are produced when geothermal heated groundwater rises from the earth’s mantle. They are normally found in volcanic regions. In KSA, this hot spring near Al Lith is the only known one in the country so far. 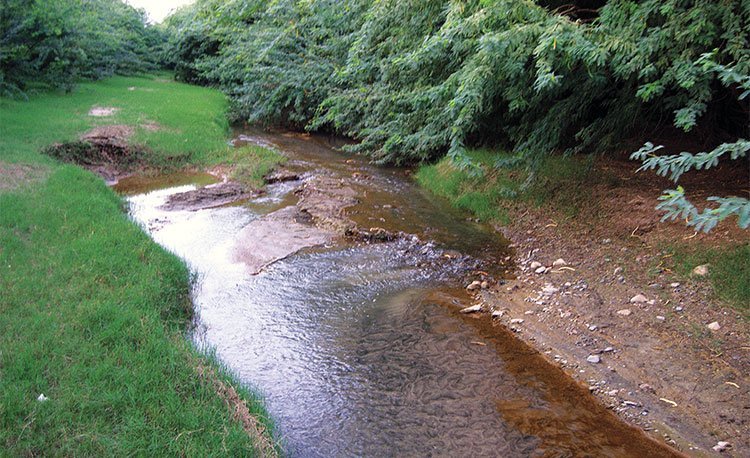 However, this hot spring has higher than bathing temperatures, so hot in fact that we couldn’t place our hands in it for more than a second; perhaps just enough to get our feet and hands cleaned by quick taps on the water. The hot springs were muddy and had algae growing in it, which is surprising considering its high temperatures.

On the whole, I must say were left in awe by the hot spring, as it was the first time for us to see one in real life. But what we enjoyed more than that was the trail of the stream that we followed. A place definitely worth visiting before the hot Saudi summer begins.