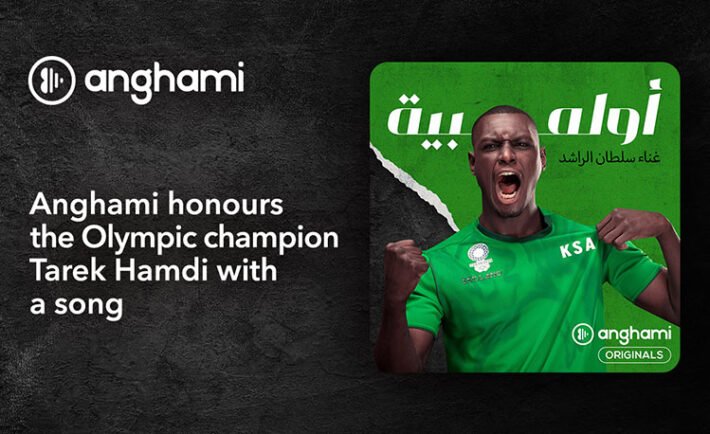 After earning his Olympic Silver medal a couple of weeks ago, making his Nation and the Arab World proud, Anghami crafted a special gift to honor Tarek Hamdi’s triumph with a tribute song.

Anghami, the leading music streaming platform in the Middle East and North Africa chose to celebrate Tarek Hamdi’s historic achievement during his participation in the Tokyo 2020 Olympic Games as a Saudi Karate Player. The initiative created a symbolic, yet powerful musical gift, marking a historic accomplishment in his sporting journey.

Hours after Hamdi won his Silver Medal in the Karate Championship finals, a team of talents came together to create “Olympia”. The song was written and composed by Turki Al Sharif, later performed by the Saudi star Sultan Al Rashed, and arranged by Hazem Al Saeed in collaboration with Emdee Jabr.

For Anghami, having a local spirit at the heart of it, any achievement at this level, whether Cultural, Sports, Scientific or Artistic, is a pride to the Arab World. Hence, this exclusive song comes to perpetuate a national victorious moment.

You can stream “Olympia” song now exclusively on Anghami via this link: play.anghami.com