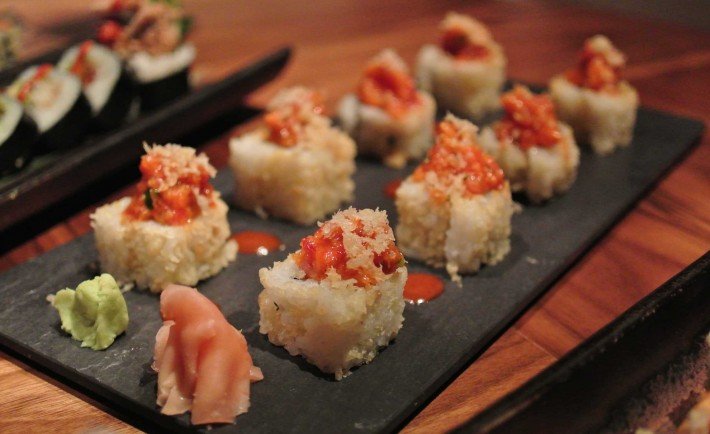 There’s been a recent surge in new luxury Asian eateries in town, and for once we approve of the trend heartily. The more options for noodles in Riyadh the better, we think! One of the more recent ones is Nozomi, a new London-based franchise that opened a really swanky place on Dabbab St, right off Tahlia St. We’d been hearing good things about it this month, and it seems to be the new hotspot for sushi – loving Riyadhis, so off we went to explore the unknown! 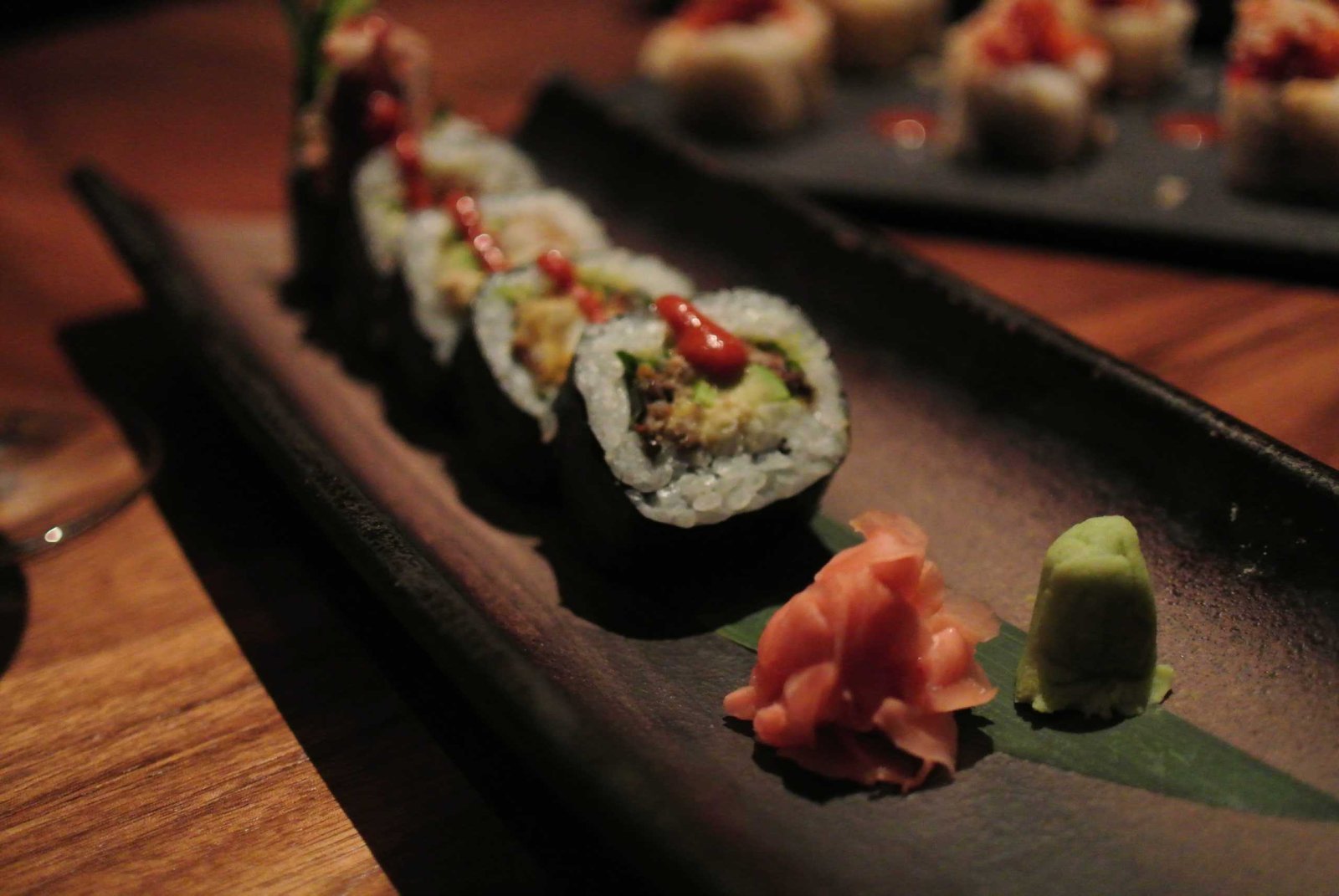 Walking in, there’s a very friendly greeter opening the door for us. The place really is the new flavor of the month, as it’s packed to the gills with people. Seats gravitate towards round table arrangements and there’s a tad too many, if you ask us. We sit down, and the waiter offers us a prepackaged hot towel. So far, things are great. Out come the menus and therein lies the first fault in the entire restaurant: They have a really confusing menu. Specialties are first, then sushi, sashimi, the grill meals, then the cold and hot appetizers, then the side dishes, and finally, and the only thing in its logical place, dessert. Dunno about you, but we like it when things are logical. 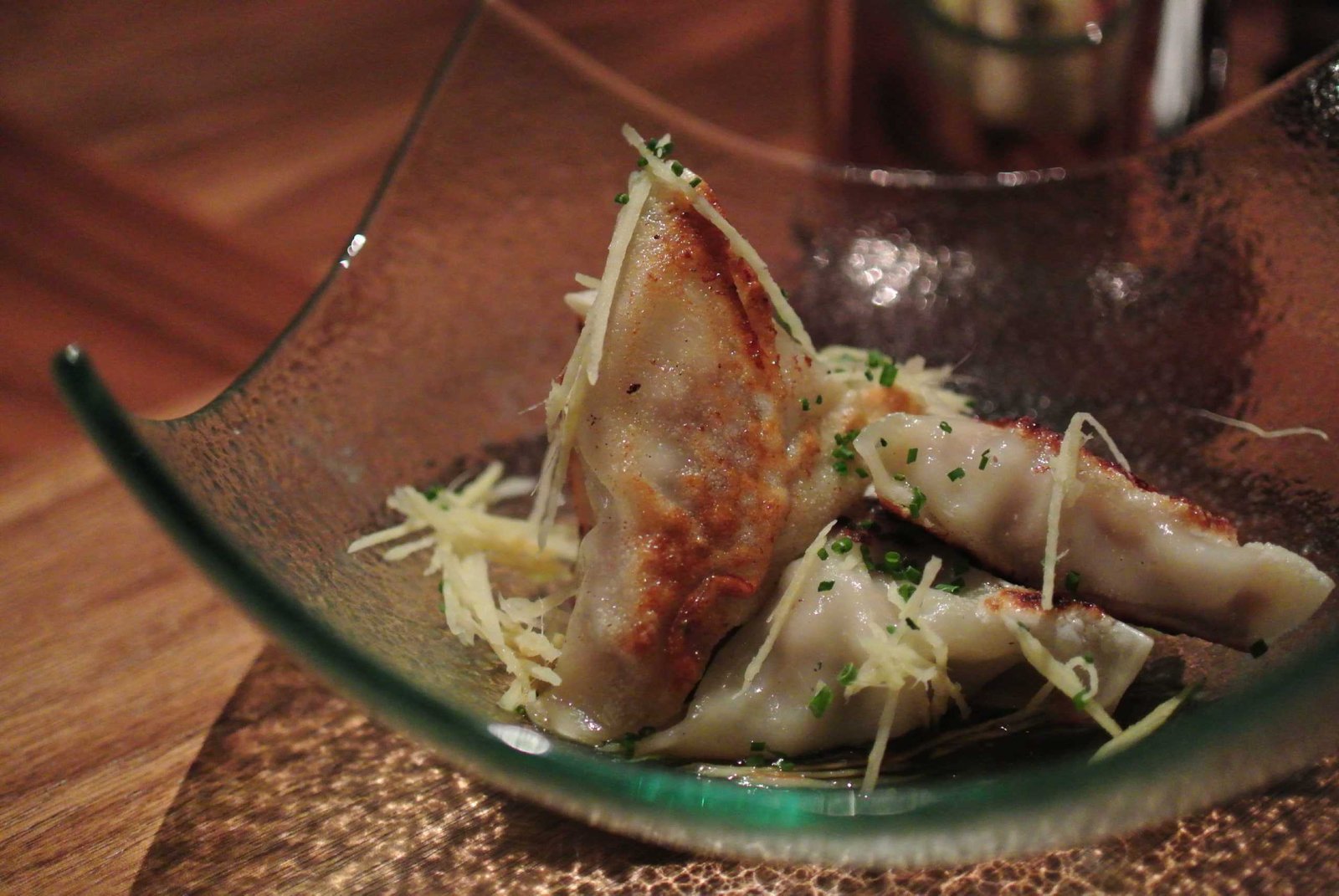 But the options are plentiful nonetheless, and we ask for recommendations from John, our awesome waiter for the night. We end up with chicken goyoza, volcano shrimp, Mr. Chan roll, cod fish maki roll, spider roll, maki, and for dessert, samurai, which we ordered purely because it’s named awesomely. Japanese mint lemonade and berry mojitos round it up. The chicken goyoza tastes good. It’s crispy, with the right amount of meat. The meat isn’t seasoned that well, but overall it’s enjoyable. The volcano shrimp is big, one of the most generously sized shrimps we’ve seen here, and it’s delicious. The wasabi sauce is just right.

Then the sushi shows up, and the black cod tempura maki is the star of the night. It’s the right amount of crispy and soft and we wish we had ordered three of it. The crunchy toro maki roll was the second best, another excellent recommendation from John. The Mr. Chan roll is less exciting than both, with a dollop of confusing sauce and soggy tempura, but still good. The spider roll, however, was dry; we definitely recommend not ordering that as it was the least enjoyable dish. Seriously, Nozomi, just axe the thing from the menu. And thank us.

The samurai was underwhelming, to be honest. We were expecting a flaky crust with a peanut butter filling, but it was more of a mousse cake. The best part was the peanut brittle that it was covered in, and the vanilla ice cream. Delicious. We hope they offer it alone? Yes? 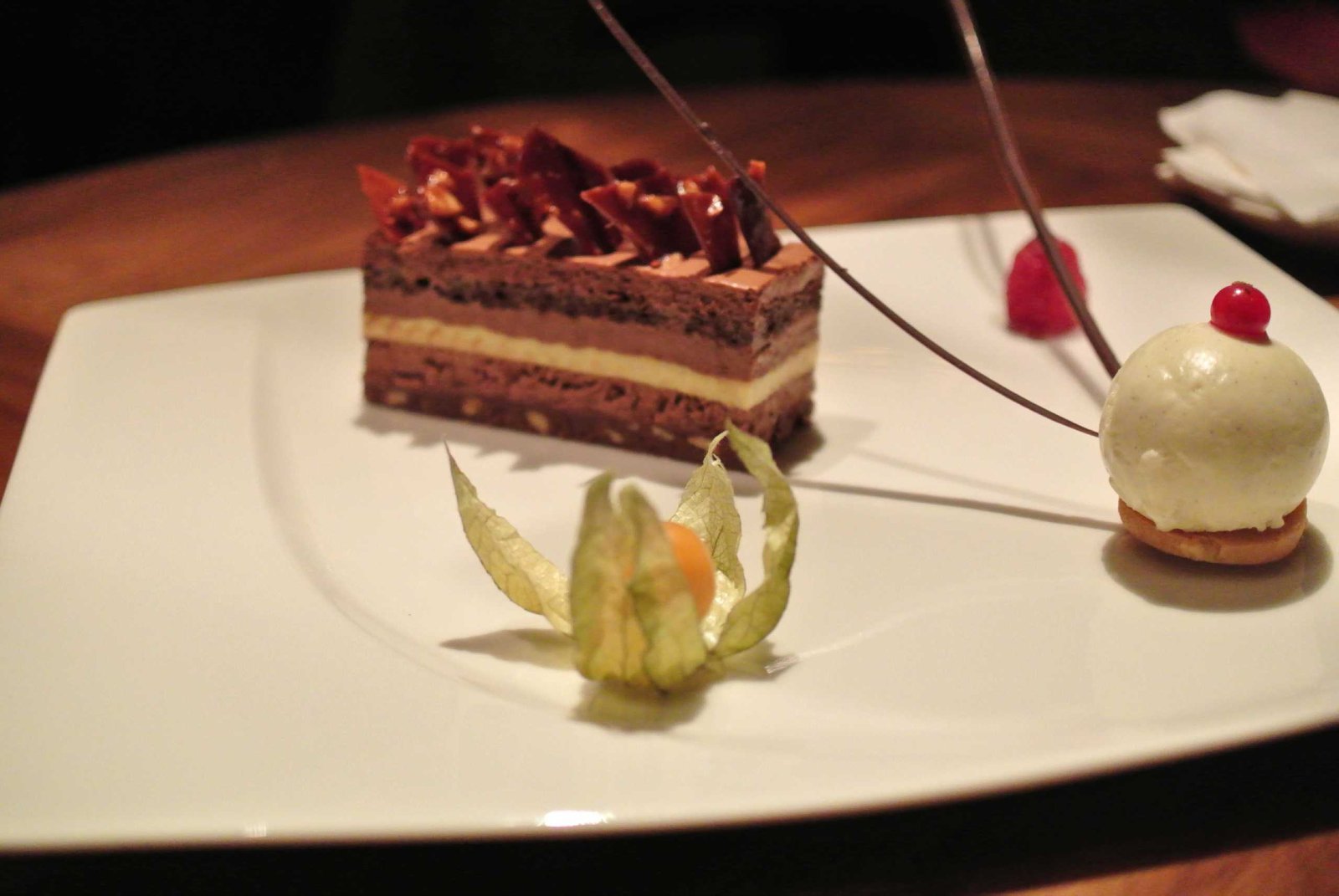 One very good thing that sets Nozomi apart from the rest: Their portions are large. Pretty generous, and it was more than enough for two. Actually we were wishing we’d worn bigger pants by the end of it.

Overall, its popularity is quite deserved. If only for that marvelous cod maki.