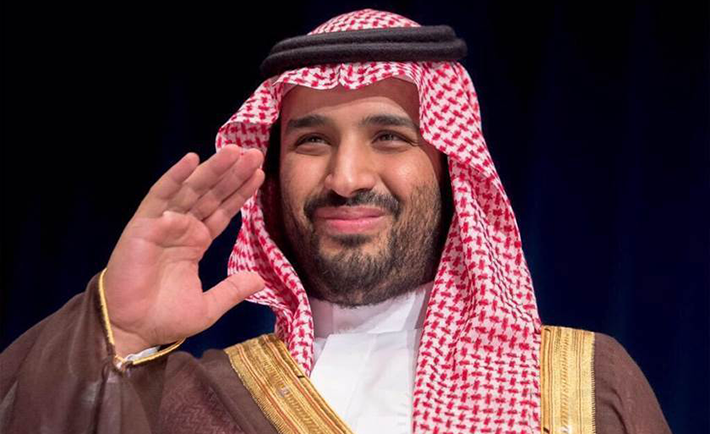 Saudi Arabia’s Crown Prince Mohammed bin Salman, the face of Vision 2030, is smashing through Saudi politics with speed, and representing the growing young generation with his progressive and modern outlook. What a guy!

Here’s some trivia about him that you may or may not have known:

He received his education in Riyadh schools and ranked in the top 10 graduates, and got his Bachelor’s Degree in Law from King Saud University, graduated second in his class. Way to go!

Other than the political level ups, MBS created a charity foundation called MiSK to reach out his helping hand towards disadvantaged youths. That’s an A+ for you, MBS.

MBS worked in the private sector in Corporate governance and international finance, before joining his father, King Salman, as an advisor and aide. See, everyone’s gotta start somewhere.

His political career started and escalated quickly as he rose through the ranks starting from consultant to the Experts Commission under the Saudi Cabinet, to Crown Prince in the span of 9 years, now thats ambition.

Some of the firsts.

He is the world’s youngest defense minister and youngest crown prince in Saudi history. If anyone needs a lesson in hard work and ambition, look no further!

Our future king was seen cheering with a twinkle in his eye for our national team’s qualification in the next world cup! It’s official, his presence is a good luck charm for sports teams.

Other than supporting and pioneering women’s driving in Saudi, he actively encourages women to join the workforce. He’s definitely pushing the envelope on this one.

Come on, how cool is it that our own crown prince is a someone who knows what memes are and probably surfs the internet in his free time.

Of all the exotic places he could’ve honeymooned at, he chose Kyoto. Sit back and watch other Saudi’s flock to Japan now.

He was born in Jeddah,‘nuff said y’all.