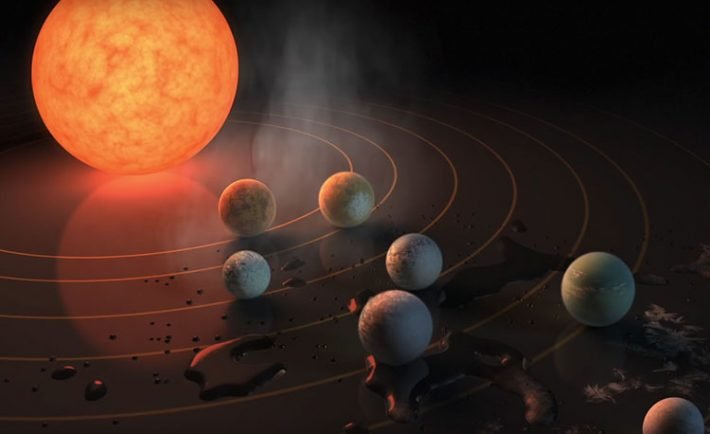 Science buffs: this one’s for you!

On February 22, NASA announced the discovery of an entire system of 7 Earth-sized planets orbiting the TRAPPIST-1 star. The discovery came courtesy of its Spitzer telescope, which routinely observes the star that is described as an ultra-cool dwarf.

Even more exciting is the fact that three of those planets appear to be habitable. They are said to occupy the “Goldilocks Zone” – the area that is neither too hot, nor too cold for the existence of liquid water, the basis for life as we know it! NASA notes that while all seven of those planets could have liquid water, the aforementioned three have the highest possibility.

At 40 light-years away, the system is considered to be relatively near to us.

It’s almost enough to make us forget about Pluto leaving us in limbo.