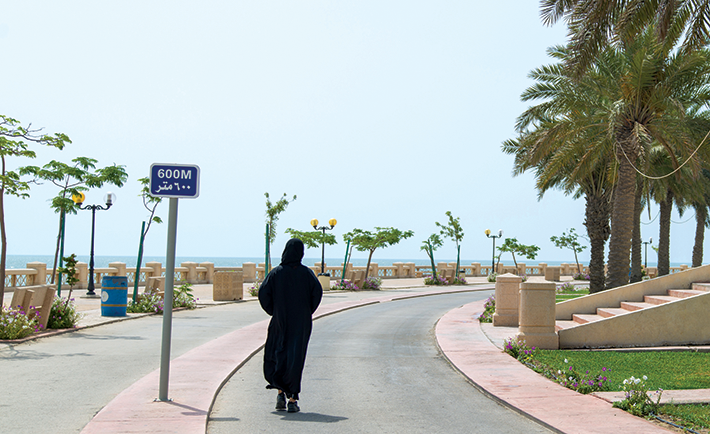 Back in 2009, Al Ghazali’s mother pushed her to go out walking or running every day for the sole purpose of being active. “At first, I did it and I didn’t know why,” says

Back in 2009, Al Ghazali’s mother pushed her to go out walking or running every day for the sole purpose of being active. “At first, I did it and I didn’t know why,” says Al Ghazali. “I just did it because my mother pushed me to.”

When faced with a turning point, she did what she didn’t know she was brave enough to do and quit her job. “I started working on my wellbeing more and going for walks every day. Eventually, this became the focus of my life,” says Al Ghazali.

At first it was difficult for her. She could barely run for three minutes without getting exhausted, and she only went running at Corniche. But, with each day the habit grew on her and she always made time for it. 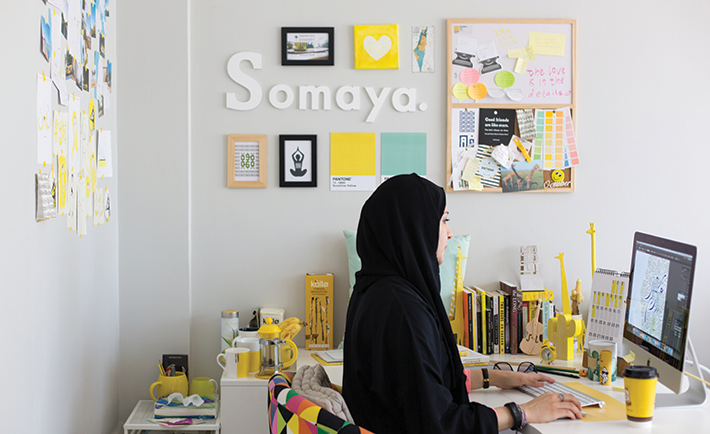 In 2013, her mother passed away and it was a very difficult time for Al Ghazali. Running every day helped her pick herself up and eventually move on. As she got more and more committed to the lifestyle, she started walking in the streets and used walking as her main means of transportation. She admits that sometimes she’d even walk to work.

Today, Al Ghazali runs an average of 5-10 kilometers every day after an hour of stretching and yoga practice. In the past three years, she has run more than 4,000 kilometers and she hopes to add another 1,200 to that by end of the year.

“If I have to give one reason to why I do it, it’d be that that it brings me peace of mind,” shares Al Ghazali. “It’s also made me a calmer and more in-control as a person.”

When we asked Al Ghazali about the difficulties she faced while running in her abaya, and doing something that is not commonly done by women in public areas, she said that it was all in our heads, and that she simply looked at it as a challenge that she couldn’t help but overcome.

Somaya Al Ghazali is also a part of Ruqi Society and she has been working with their photography team. The program prepares girls for the future by honing their various talents and passions and teaching them how to use their skills to give back to the community.