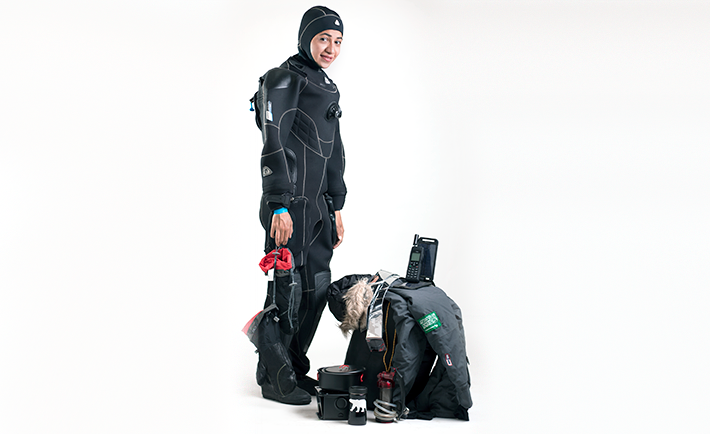 She was the first Arab woman to dive the North Pole.

In April 2016, Mariam Fardous became the first Arab woman and the third woman worldwide to dive the North Pole. She’s a doctor who graduated from King Abdul Aziz University in 2008, and has since obtained two Master’s specializations in pediatrics from Canada and the UK. Inspired by her experiences, she’s taken several trips abroad to offer her services to refugees and people in need. So, what led Mariam Fardous to dive the North Pole? It started in 2008. 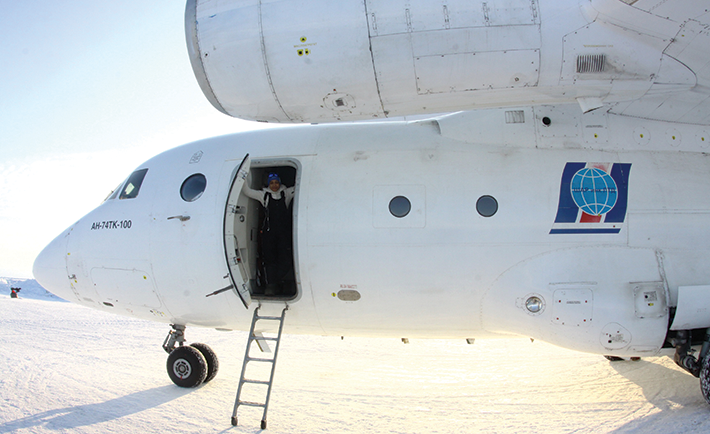 Moments after landing on the North Pole in the AN74.

“Being in the field of medicine means you study all the time. I took up diving as a hobby to help relax.” While diving proved to be an easy relaxation outlet in Saudi, Fardous was unable to continue when she moved to the UK for her Masters. She explains, “I couldn’t find opportunities to dive, so I joined archery lessons. Of course, when I came back to Saudi I switched to diving.”

The idea of diving in the North Pole came to Fardous during a conversation with her friends, “I didn’t have a proper idea about the North Pole, but many people mentioned it. When I looked it up, it seemed like a good challenge.”

A simple meal made using potato and meat.
It’s saturated with energy supplements.

The challenge to the dive is what truly attracted Fardous, “I’m adventurous and I travel a lot. The North Pole dive was the kind of challenge I wanted to do. It would take me from one extreme climate to another.” Fardous began training herself, including increasing her body weight to 60 kg, the desirable weight for diving in a dry suit.

However, getting mentally and physically prepared is not the only challenge that Fardous faced as a woman who wanted to dive the North Pole. “All this was before the Vision 2030 was announced, so I had a difficult time finding sponsors,” she explains. Along with Hussam Shukri, Fardous founded Domino Divers in order to make the process smoother. In 2015, the duo dived at Karelia in Russia to prepare for the North Pole. In 2016, Fardous spent around six days at the North Pole camp along with the team. Despite harsh weather conditions and a hypothermia attack, she dived twice and earned her achievements.

While the dive has set her apart, the people she met on the journey there really impacted her. Russia and Norway were pit stops along the way where she met many scientists, geologists and other professionals who were dedicating their lives to save Earth.

Despite harsh weather conditions and a hypothermia attack, she dived twice and earned her achievements.

Meeting them pushed Fardous to think beyond her own achievements, “I asked myself why I was risking my life. I thought about the women in my country, the women of the Arab and Muslim world. I remembered the times people had underestimated me as a woman. It was in that moment that my message was born.”

Fardous returned to a Saudi Arabia that was glowing with the hope of the Vision 2030, a plan that would lead the Kingdom towards a more prosperous tomorrow. Under its umbrella more women would be able to pursue their dreams and aspirations; “The Vision 2030 supports women. It’s a change for everyone and it will change the mentality. Now people will listen when a woman talks about her plans, they will be more supportive.” 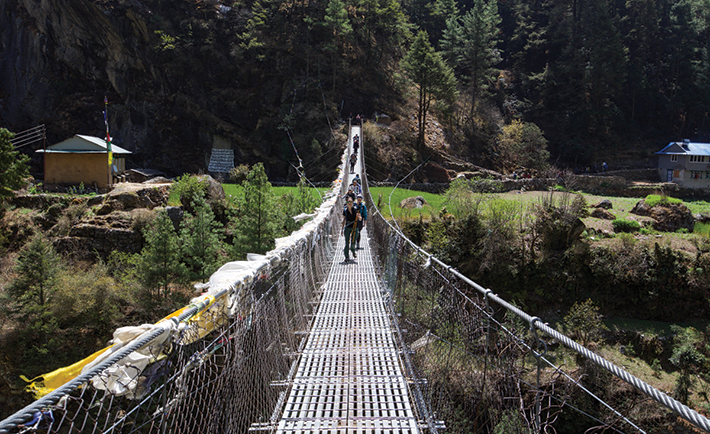 Crossing a bridge in Nepal during emergency medicine training.

Fardous is also involved in many volunteering projects where she contributes as a doctor or just a helping hand. Before her dive at the North Pole, Fardous became an African Impact Ambassador and volunteered with the organization to provide pediatric services to kids in Durban. This year she went on volunteering trip to Lebanon under the International Federation of Red Cross and Red Crescent Societies (IRFC) to provide medical services to people in need. Earlier in May, she joined Seeds of Humanity on her second trip to Greece to help rehabilitate refugees and provide them with basic needs for living healthier lives. 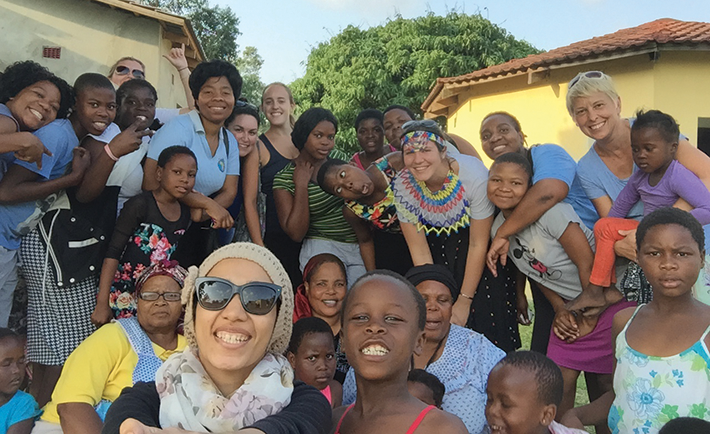 With kids of St. Lucia Village in South Africa.

What’s amazing is that Mariam Fardous is the first Saudi woman to train under World Extreme Medicine to complete the mountain medicine course. Being certified means Fardous is now part of a team of doctors from around the globe who will be brought in during serious emergencies on the Everest Trail. 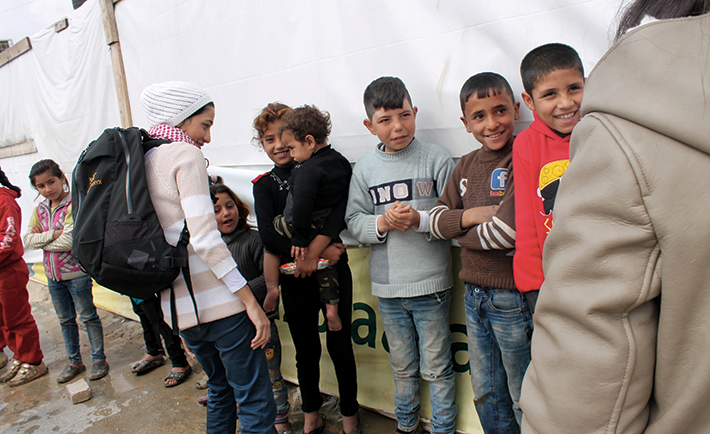 On the trip to Lebanon with the IRFC.

Travel and Volunteer This Summer

Here are some organizations that you can sign up with as an international volunteer.