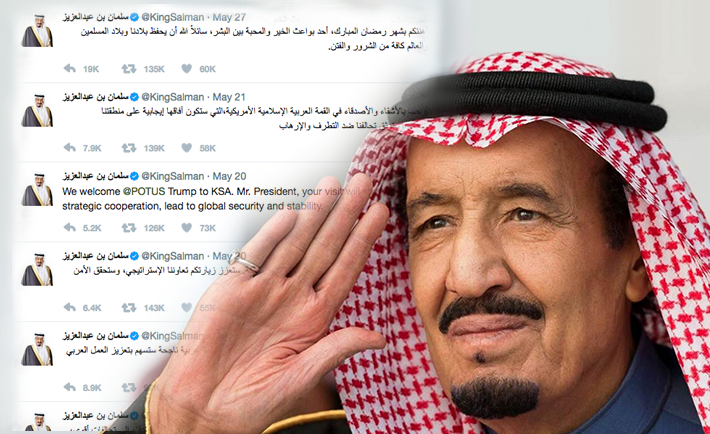 The 2017 Twiplomacy study has shown that King Salman garners the most numbers of retweets per tweet when compared to all world leaders.

The annual report that studies the activity of popular world leaders on major social media platforms was published by the US-based international communications firm Burson-Marsteller.

In last year’s report, King Salman was ranked number 2 on the same measure with an average of 12,000 retweets per tweet. President Obama was ranked 1. 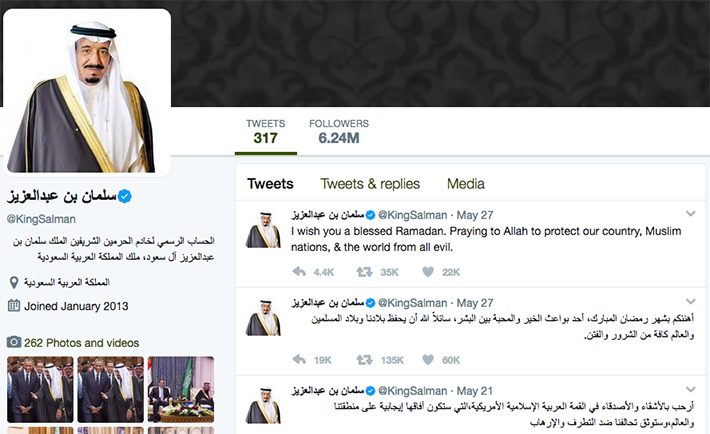 King Salman posted only 10 times during the period covered by the study from April 2016 until May 20th, 2017. “He [King Salman] posts exclusively in Arabic and without any visuals,” the report stated. “But every tweet is a digital home run.”

The report goes on to state “Since the number of retweets is the measure of effectiveness, Saudi Arabia’s @KingSalman is the most effective world leader on social media.”

The report has also shown that King Salman is also one of the most followed Arab leaders on Twitter.