Al Faisaliah’s La Cucina and Belmond hotels worked together to introduce a series of cooking classes to bring the taste of Italy to the people of Riyadh. Taught by guest chefs from Belmond, Chefs Corrado Corti and Roberto Toro. At the first class conducted the chefs prepared the crowd pleaser, Pesto sauce, and all the way from Sicily, the Sicilian Caponata. Using ingredients that can all be found locally, and giving the secrets to bring the most out of the dishes.

We’re bringing you the ingredients, procedure, and some of the secrets that we learned, Buon Appetito! 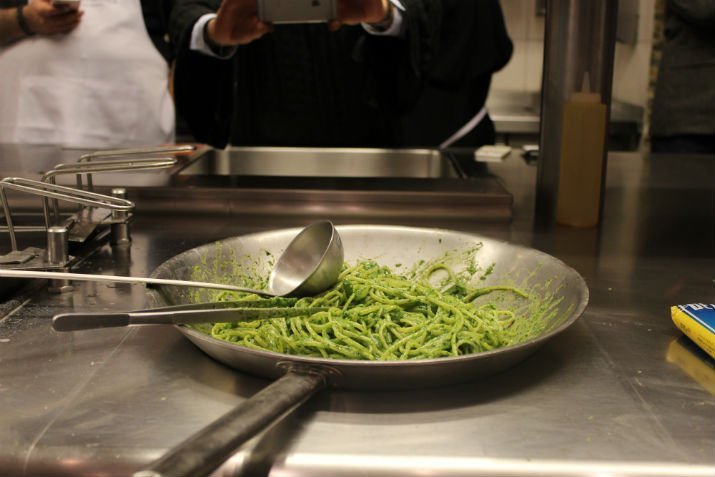 Mix the basil, Pine nuts, garlic and olive oil into the food processor (Add two cubes of ice to keep the bright green color) until smooth, then add a pinch of salt and pepper for taste, an pulse a few times. Add the mixture with the cheese in a bowl, mix, and you’re set to go! 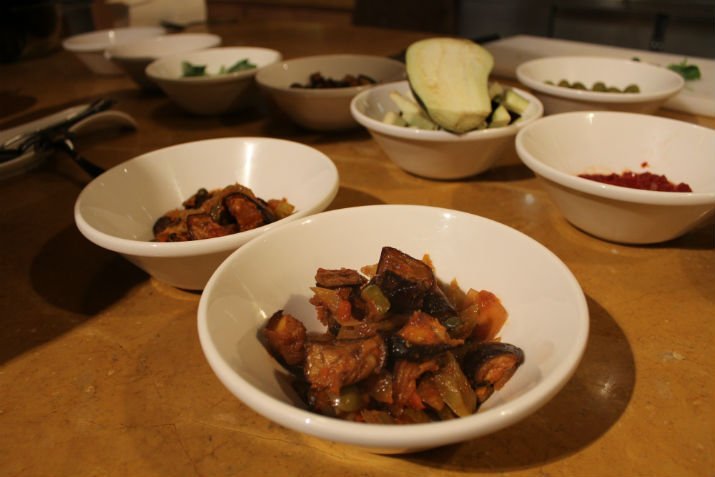 Heat some oil in a skillet and add diced eggplants to cook until soft and golden brown, then transfer into another plate. Add more oil and cook the diced onions until golden, add in the garlic and celery, cook until soft, then add in the tomato paste. After cooking for a minute sprinkle the suagr, mix, then add the vinegar, olives, and capers; cook for 1 minute.