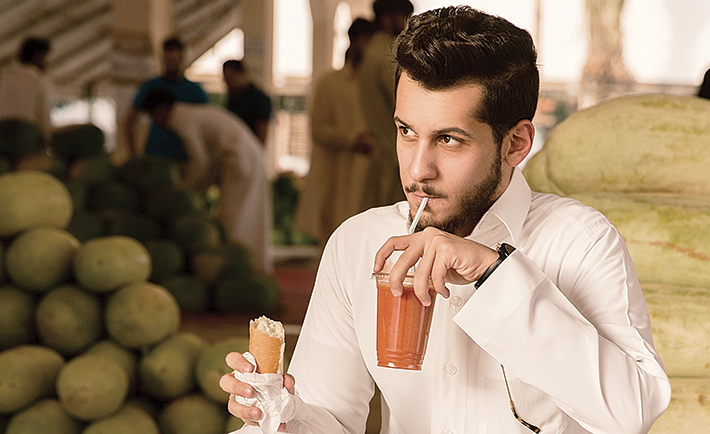 A Toyota pickup and a boofiya, what more can we ask for?

This scene is so Riyadhi, and we love it. Here are seven other things that are also inherently Riyadhi. Strap in Riyadhis, Auntie Areeb is about to take you on a trip. You, however, don’t get to just sit in the backseat. This is a photo treasure hunt my friends. All we ask is that you participate. When you see this color, that’s the treasure hunt part of this article. Are you ready Riyadhis?

One of the good aspects that the Internet has exposed about Riyadhis is their sense of humor. There are very few things that we won’t accept if you frame it within a joke. All our parents will say words in jokes they would never use otherwise. So in that spirit, we bring you this article and hope you take it with the grain of salt it deserves.

(Send us your favorite Saudi gif) 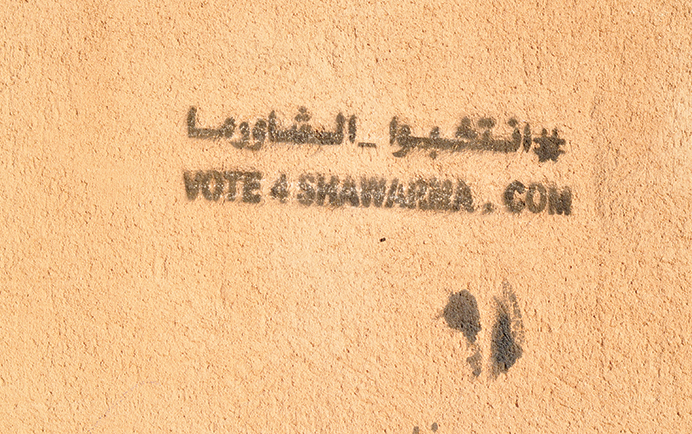 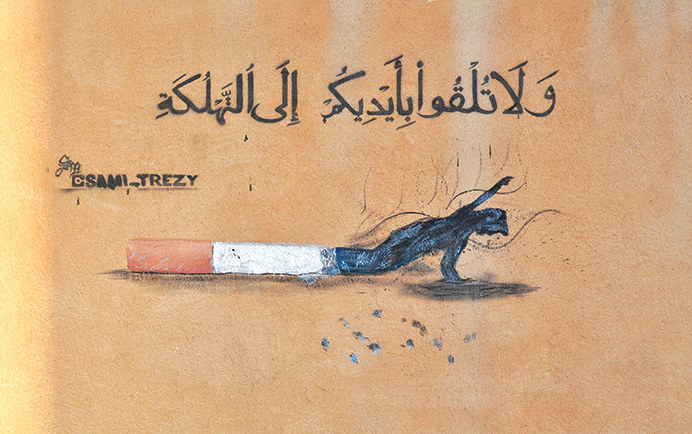 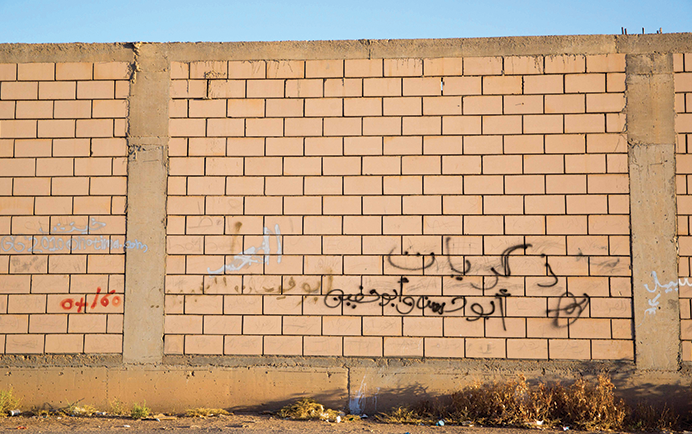 Tagging is when a graffiti artist writes their name on a wall and stylizes it. The issue with our “tagging” is that it’s missing a certain part; the stylizing part to be exact. There is a fine line between graffiti and vandalism. Some argue they are one and the same, but we believe the difference is in the content. If you are beautifying or adding value to something, whether it’s via message or actual beautifying, then that is graffiti. This is both vandalism and an affront to spelling.

(Take a photo of bad graffiti) 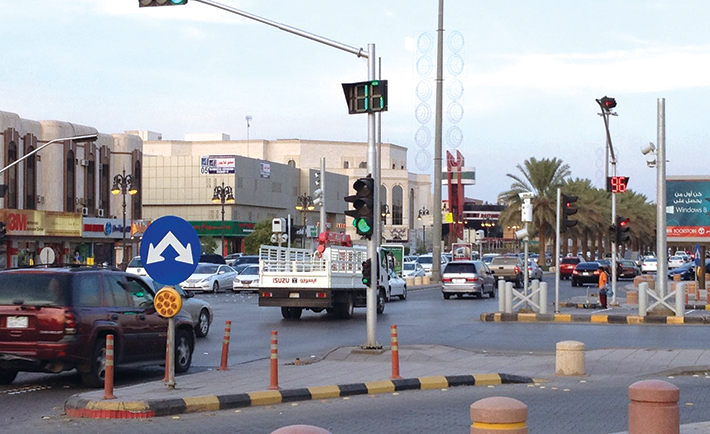 Even though some of these traffic lines are protruding objects in certain areas, we take them with a grain of salt too. The arrows on the ground that point to which direction of traffic that lane should head in is more or less an anger guide. In the scenario bellow let’s pretend we’re about to make a left turn.

(Take a photo of someone clearly not sticking to the lanes) 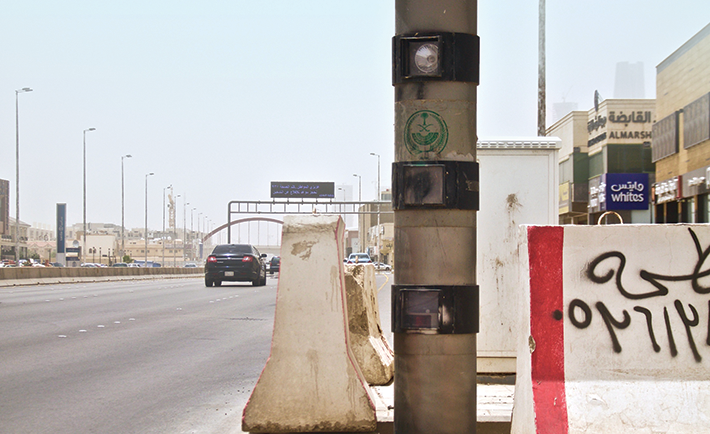 As a woman around these parts, I often don’t notice these subtle gestures and actions that allow the traffic in Riyadh to flow like a perfect game of Tetris. In order to fully understand the scale of this hidden language’s reach, I immersed myself into the subtle art of turn signal and honking language. Some of these are the universally recognized signals for slowing down, like the hazard light, and the signal for get out of my way, like flashing your headlight; Others are much more local, like the sudden breaking from the car that just cut you off because you didn’t move out of their way fast enough. This signal was a revelation considering the fact that up until that point, I had never seen the use of brakes or brake lights to send a message. Another instance of their use can be seen when a driver want to alert others of a radar. In this order, the driver will first break and then turn on his one of his turn signals to point out the radar. One of the most beautiful acts of unity I have ever seen in my life is when the other cards following suits would give the same signal setting off a chain reaction of cooperation.

(Take a photo of a radar) 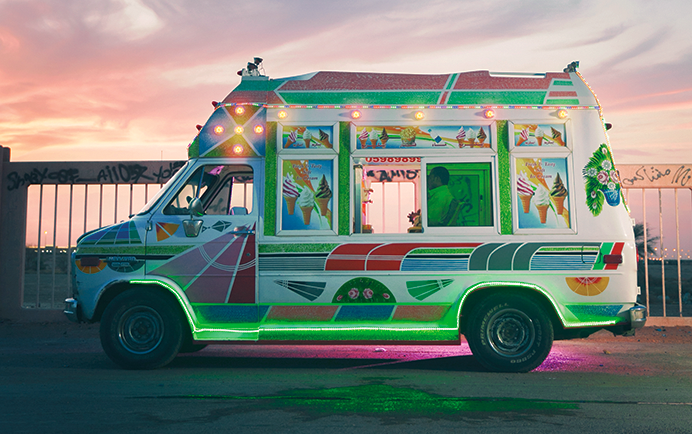 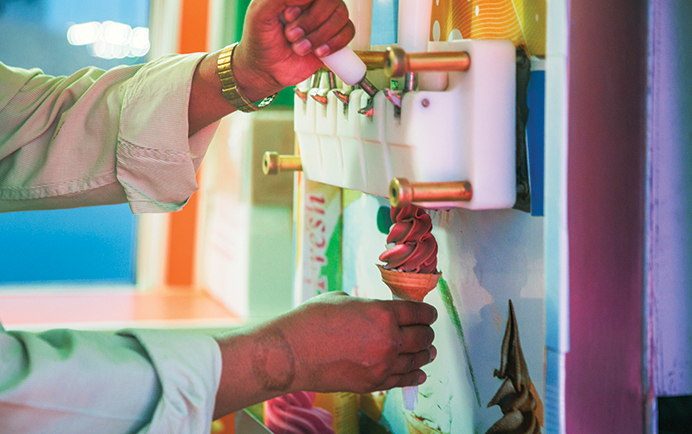 In movies, ice cream trucks roll through a neighborhood blasting that infamous, and slightly annoying, tune attracting every kid within walking distance. Yeah, us Riyadhis can’t relate to that image. For us, ice cream trucks are found strategically in front of schools, select parks and of course on the side of the road in the outskirts of the city.  Oh ice cream trucks. You’re still my favorite way to spend my change. Speaking of change… 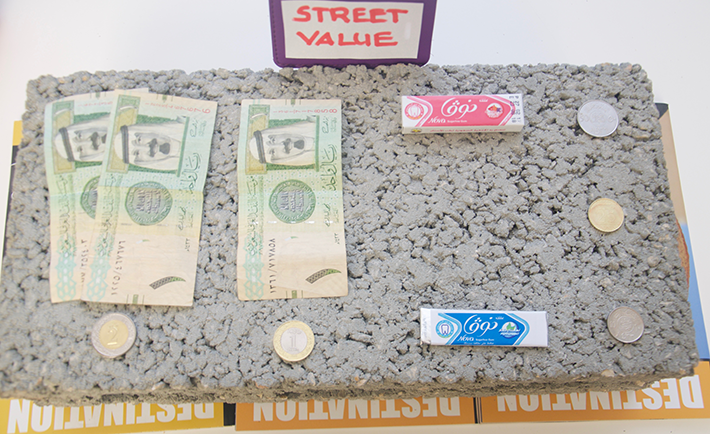 Yeah, I still don’t understand this one either, but I accept it as a norm. One-riyal bills are particularly hard to get rid of. For some reason, I’ve noticed that we’re more likely to use a 5-riyal bill for a 2-riyal item. Oh, and let’s not forget about mini market change logic. If you buy anything and your change is in halalas, 9 times out of 10 they’re going to give you gum in lieu of change. 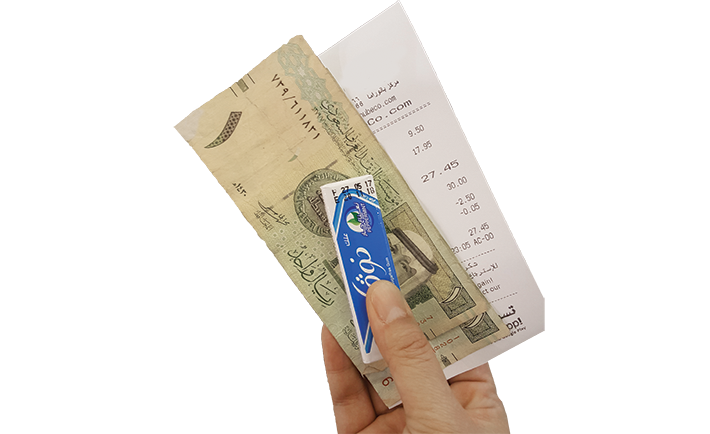 This is a tenant every Saudi mom teaches. We refuse to accept that something is non-negotiable. Everything, and we mean everything, has a discount. And even if it doesn’t, we’ll still ask to make sure. We don’t really have shopping coupons, so bargaining is the next best thing.

Be sure to tag us on Instagram @destinationryd for a chance to win an #InherentlyRiyadhi care package.