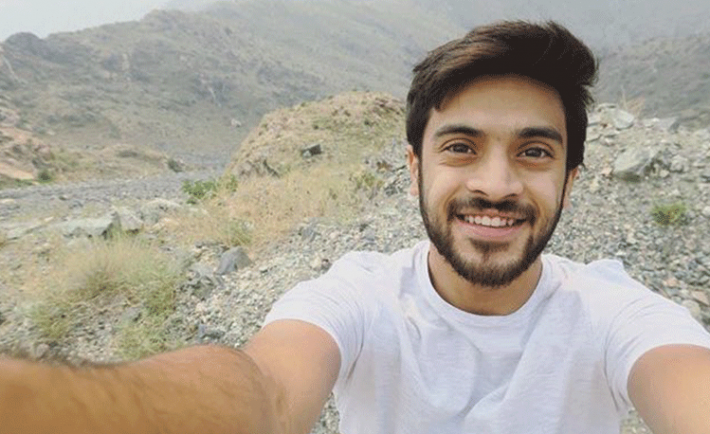 His life was often painful and difficult, but he dared to dream and he worked hard to achieve them. He was an actor, an activist who fought the cancer taboos and a role model who never let anyone down. He was an eloquent speaker who spoke at many events and inspired people with his words. Hamza truly believed that optimism could cure anything. In a YouTube video, he says, “I believe I proved that being positive, being happy, and having a good attitude is actually 90% of the cure. I’m not cured yet, but I’m happy. I don’t regret that I was diagnosed with cancer…You have to build yourself so you can win this. Being positive and being optimistic means no matter how bad things get, there is still a way to go.”

Hamza was a son, a brother and a friend to many,  although he passed on to a better life, he remains a symbol of strength for the rest of us. His openness about his struggles and his unwavering support for those who walked on similar paths never failed to inspire us. His message of positivity and hope will live on and survive the test of time.

Hamza Iskander rose in distinction because of his inspiration and his relentless campaigns towards fighting cancer with a smile. We loved him for the support he showed to his sister, also a cancer survivor, and the honesty with which he shared his story.

Words are powerful, and this simple change helped change the perspective of many cancer survivors.

Hamza Iskander was going to showcase his film at the Saudi Comic Con in February. His friend Fahad FS (@fahadyolo), who knew about Hamza’s dreams and plans, shared this heartfelt message upon hearing about his friend’s passing away, “Because of his efforts a whole generation of saudis and Arabs are grateful. I will miss his smile, his positivity and spirit.”

The world has lost a shining star and we pray that Allah The Most Gracious will bestow upon him all his mercy and bless him with a beautiful akhirah.