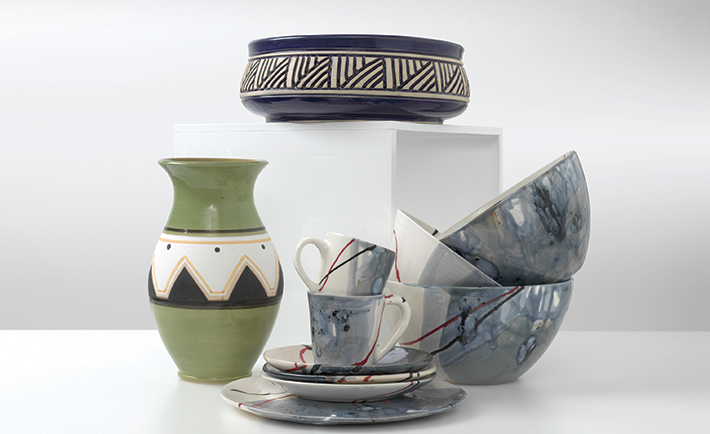 Atharna, meaning Our Heritage, is an organization that documents the Middle Eastern cultural narrative and supports artisans in order to preserve traditional craftsmanship. Princess Najla started Atharna as a small project, but its growth has been swift and strong.

Princess Najla, an academic at heart, pursued a degree in Anthropology at Durham University. She then worked at the National Museum in Riyadh, and completed an internship at the UNESCO Headquarters in Paris. It was at UNESCO that she saw the importance of international organizations working to preserve cultural heritage. However, she felt that she could add the most value on a smaller scale where her background in anthropology and local, cultural knowledge would allow her to create the most impact. 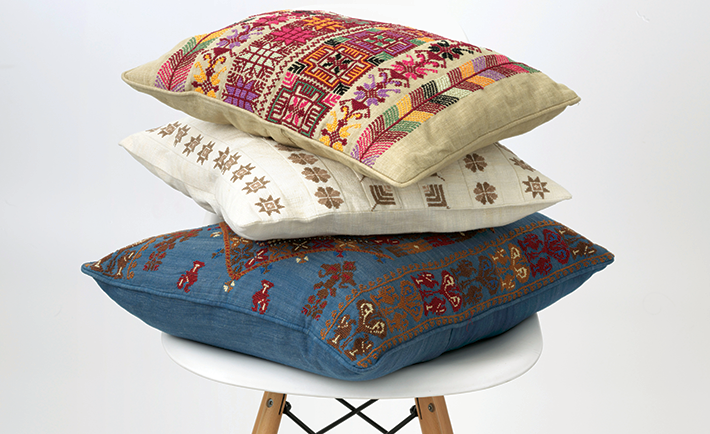 Later, while working at Turquoise Mountain, a charity founded by Prince Charles, Princess Najla discovered how the culture of post-war Afghanistan was being rebuilt by the preservation of its crafts and artisans. She tells me, “Turquoise Mountain has done an incredible job of training and aiding artisans in Afghanistan, and now they are working closely with the Saudi Commission for Tourism and Antiquities to research on the crafts industry in Saudi.” The quality of these artisanal pieces are clear; they have even been commissioned by hotels such as The Connaught in London. However, the prestige aspect is not what Princess Najla finds important. She recalls, “As long as the crafts are being sold, used and continuously needed, we have done our job well.” 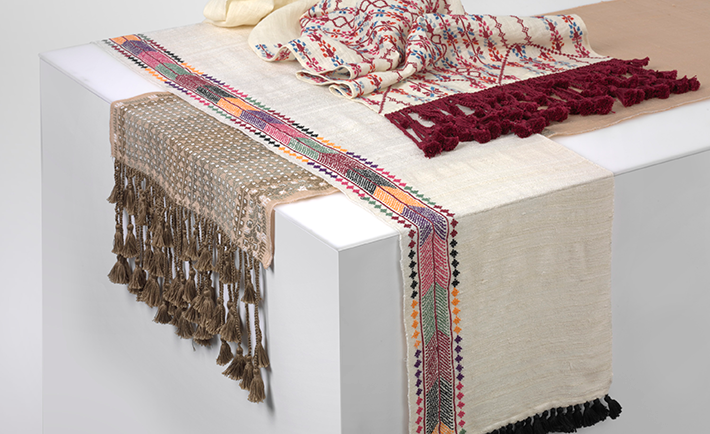 Atharna was born when Princess Najla realized the need for someone to connect Middle Eastern crafts with a wider audience. With this in mind, she began working with local artisans operating on two levels: independently and in affiliation with organizations like the Jordan River Foundation and Art of Heritage. When working directly with artisans, Princess Najla visits them, builds a relationship with them and ensures that their craft is both local and functional. She believes it’s important to work directly with them. “Personal conversations with the artisans enable us to understand and communicate to the world the authenticity of the crafts and the history behind them.” 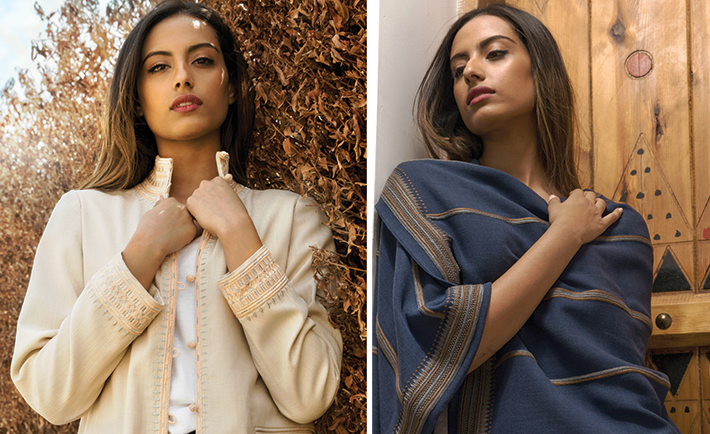 Princess Najla speaks very passionately when she says, “We’re not showcasing them as poor artisans you need to feel bad for and help to survive. We showcase them for who they are; artists and fair trade businesspeople, who have created a livelihood for themselves with their hands. These traditional skills they have are incredible, it’s something I wish I could do.”

Traditional artisans are not just creating beautiful and practical work. They’re also telling the story of a culture. Princess Najla has learned a lot about her own culture since she began working with these individuals. 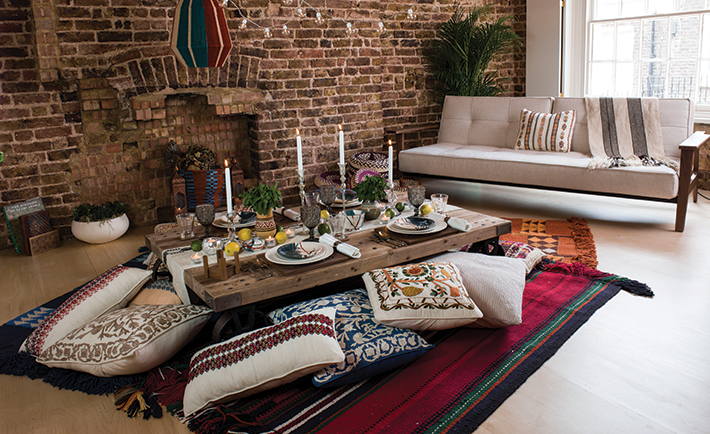 “You get to know the stories behind the crafts and how they came to be. The artisans give you the narrative behind it, and it’s more important because it makes you realize that if you don’t support their work, you don’t believe in the story behind it.”

It’s essential to acknowledge the steady disappearance of traditional crafts. She comments, “When I work with craftswomen I ask them if they have taught their skill to their daughters, and the answer is usually no.” Princess Najla explains that the younger generation doesn’t see a sustainable future in the traditional crafts trade. Without projects like Atharna, the preservation of our cultural heritage would be at risk.

To protect this cultural narrative, the Princess collaborated with Brown Book Magazine, an organization that shares the beliefs, ideas and future that she sees for Atharna. “We created an online journal where we explore Middle Eastern culture, either by looking at it directly or by using the crafts as a lens.” She maintains that this journal is more important than the online store that is launching soon. “If people don’t learn about the culture and care about it, they won’t invest in the product.”

Atharna’s goal is not to sell, and they’re not fast-fashion either. Atharna is for anyone who is open to other cultures, appreciates traditional craft, and fair trade. 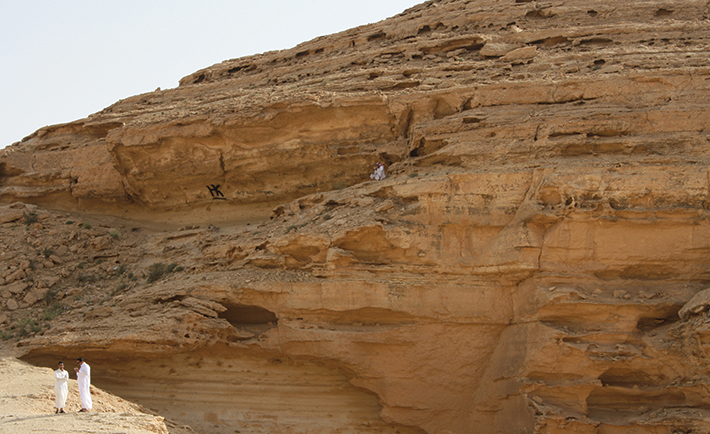 The desert landscape is the artisan’s inspiration.

With current operations in Saudi Arabia, Bahrain, Jordan and the UAE, Atharna hopes to expand to more countries in the Middle East. Atharna’s online store will make Middle Eastern crafts more accessible to all. Princess Najla, who is currently pursuing her Masters degree at Cambridge, says her dream is to one day be able to sit in a room and say, “Everything here is made by artisans and supported by Atharna.”

My Lens is a Middle East-wide project that uses photography to tell the story of a culture. Atharna provided participants with a disposal camera with which they documented their narrative, while reflecting on their identity and culture. Visit Atharna’s Journal to view the profiles.

“Many people buy traditional looking products. While it’s great that people are taking an interest in their heritage, a true impact is made when we also support the local, traditional artisans. It’s not just about the end result of how something looks in your home, but about the people, the story and the historical skill set that went into the creation of it.” – Princess Najla bint Ahmad