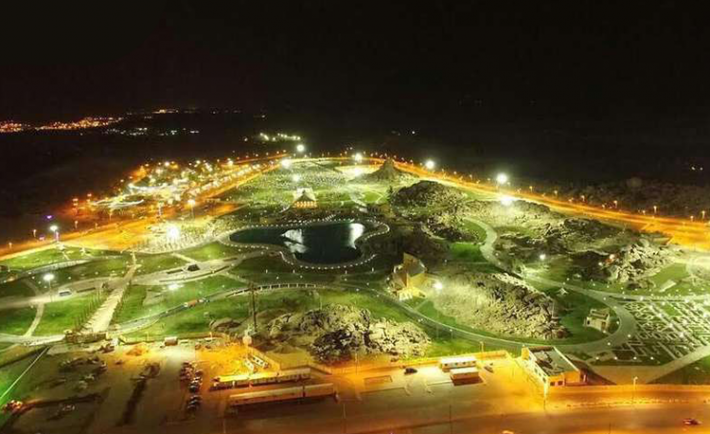 Armed with my smartphone camera, hoping not to offend anyone with my photo snapping, I discreetly strolled around the park on its pathways that meander through beautiful rock formations. It felt like walking through one of those rock trails they have abroad.

Al Rudaf Park is a busy spot – especially on the weekends. After circling the park along with the many other cars, we finally found parking near one of the less popular gates. There were hawkers selling food items, paraphernalia and children’s toys. Much to our surprise, the entrance was free. No wonder the crowds we said to ourselves. 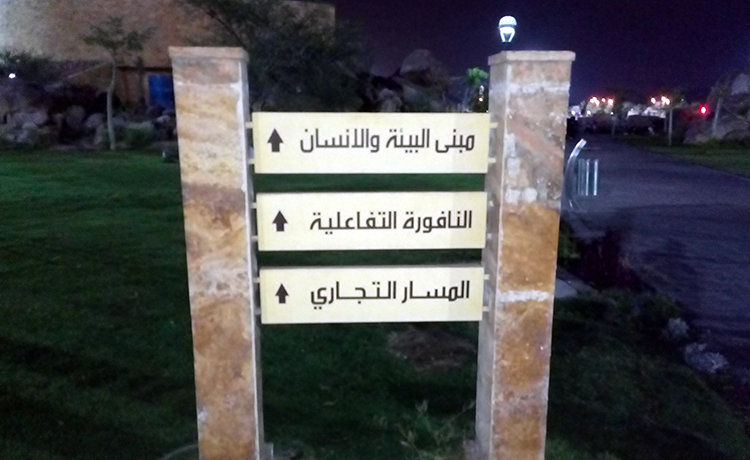 Many national newspapers carried reports on the opening of the park when it opened over a year ago. The opening was done with much fanfare and an estimated 50 thousand visitors flocked to it on that single day alone. It still continues to be a major draw for tourists and residents. 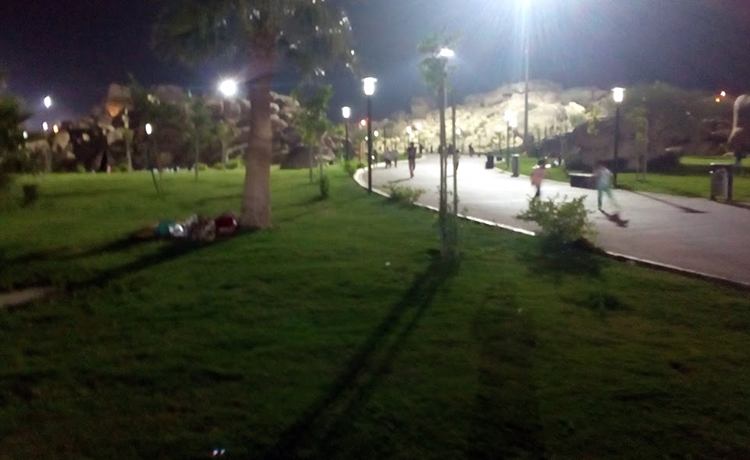 The state-of-the-art park is spread over a whopping 565,000 square meters and houses numerous facilities especially for the younger ones. We first came across a large playground that has multiple courts in it. Just an FYI barbecuing is not allowed, most visitors had to rely on the food court within the park. There are many quick service restaurants located inside. 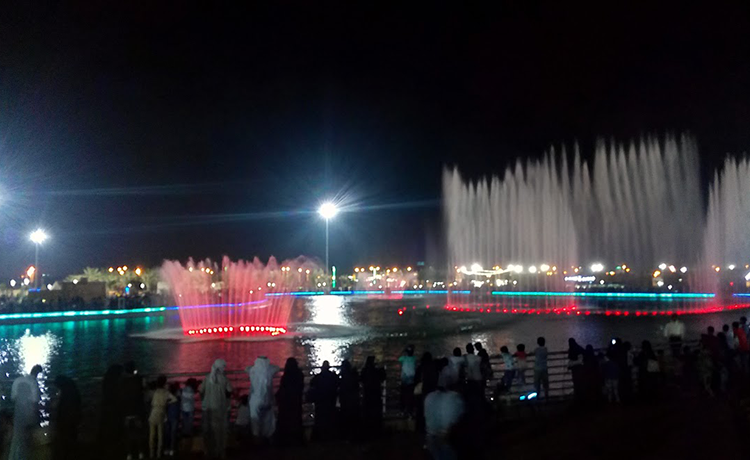 As we walked through the park we can’t help but be in awe by the weathered rocks that lie scattered around. Some of them even form small hills when grouped together. The pathway has soft flooring, making it ideal for jogging. The type that allows you to jog freely without causing much damage to the knees.  Perhaps one of the best places for jogging I’ve come across in the country, especially considering the pleasant climate the city offers. 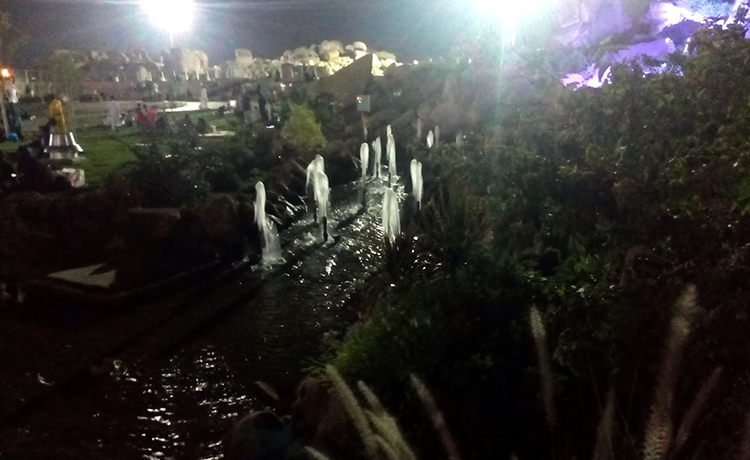 Every few paces (minutes?) or so we’d come across a mosque. There are multiple of them, that’s how big it is. In total, one can easily spend an hour or more circumambulating the park in its entirety. 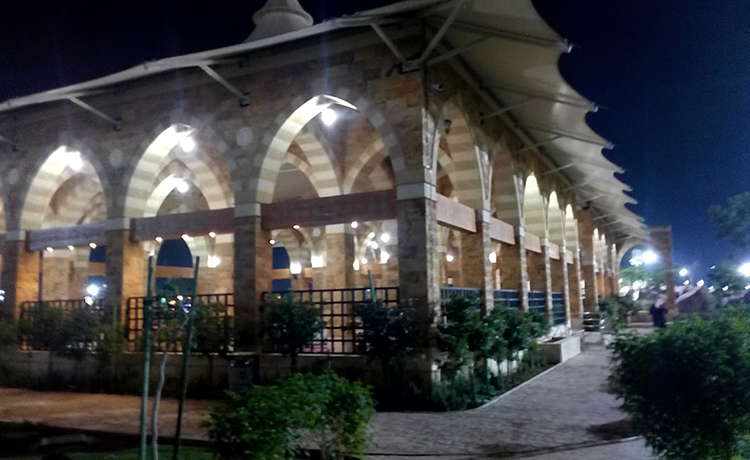 Once the show was over, the crowds dispersed and we saw displeasing amounts of garbage floating around the pond. 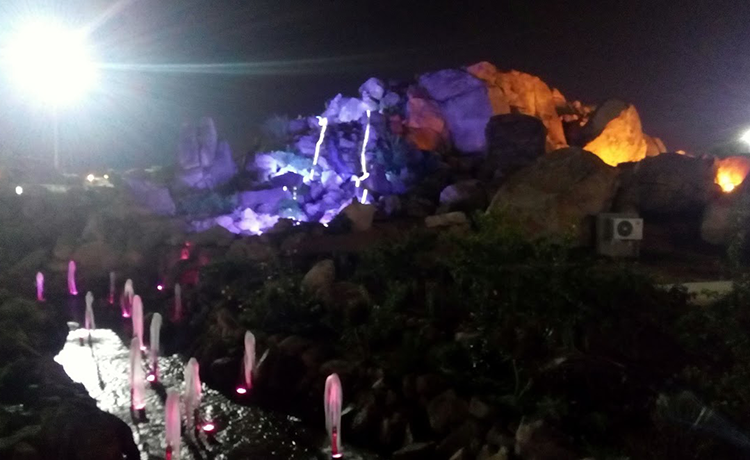 Reading the newspaper reports, I expected it to be more like an amusement park, however it is anything but that. It’s simply a place where visitors can enjoy greenery, unique rock formations and of course the beautiful dancing fountain. Rudaf Park is so popular today that it is perhaps the most visited sight in Taif, surprisingly more than the malls.