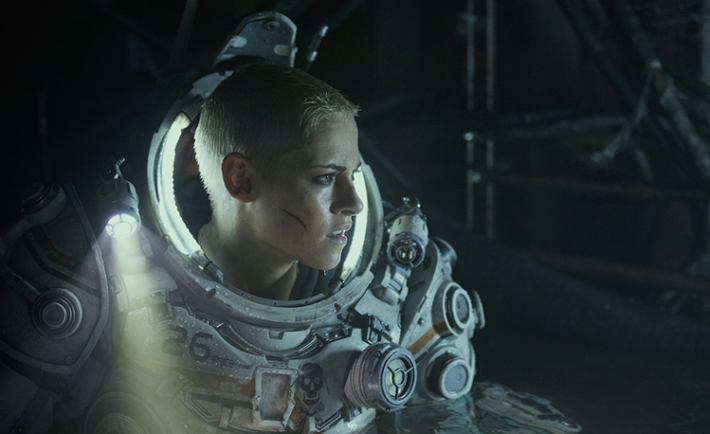 A Mysterious threat. An isolated location. Survival is not guaranteed.

Dubai, United Arab Emirates, December 2019 – Gripping horror science fiction film UNDERWATER will be releasing across cinemas in Saudi Arabia on the 9th January.  The non-stop thrill ride sees a crew of aquatic researchers work to get to safety after an earthquake devastates their subterranean laboratory. But the crew has more than the ocean seabed to fear.

There was only one actress Eubank said he could envision as their lead Norah: Kristen Stewart. “She’s so dramatic, and she’s so charismatic,” says Eubank. “Her face, without her even saying anything, delivers so much. The things that she’s able to do subtly, with just a nuanced facial expression, are incredibly powerful.”

Starring alongside Kristen Stewart is Vincent Cassel who plays the Captain of the Kepler Station, Lucien.  “Vincent has an amazingly powerful, enigmatic air about him that just screams captain of an underwater mining vessel,” Eubank says.

In 1979, Ridley Scott’s landmark Alien brought the horror genre to outer space. In 1989, James Cameron plunged a submarine crew into danger below the depths in The Abyss. Tapping into what both of those films did best and introducing exciting characters and creatures that feel entirely new, UNDERWATER offers sci-fi and horror fans a compelling, visceral adventure set seven miles beneath the surface of the ocean and anchored by a fearless central performance from critically acclaimed actress Kristen Stewart.

“The simplicity of the concept initially drew me to the film,” says producer Jenno Topping. “The movie follows a group of individuals attempting to move from point A to point B on the bottom of the ocean while outrunning a monster. This type of structure and its affiliated themes felt original within the thriller-horror space. It built upon the traditions of both of those genres while exploiting a really cool mysterious environment: the bottom of the ocean where 95% of it has yet to be explored.”