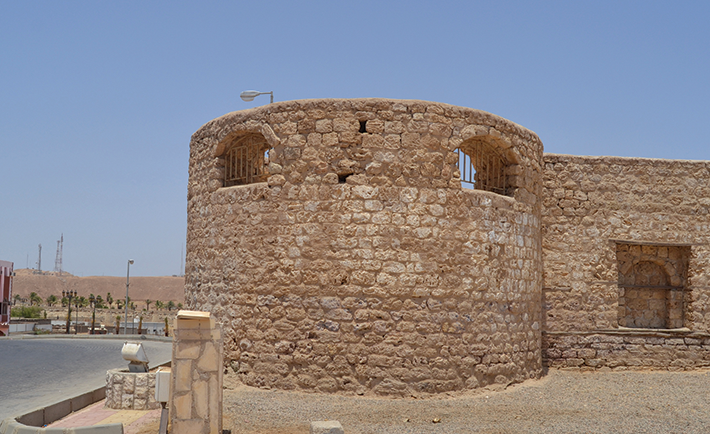 Traveling around the country in the summer was a novel experience for us, as we normally limited our travels to the winter season. This time around, we had our holidays during peak summer, and we didn’t want to waste them sitting in front of the TV. 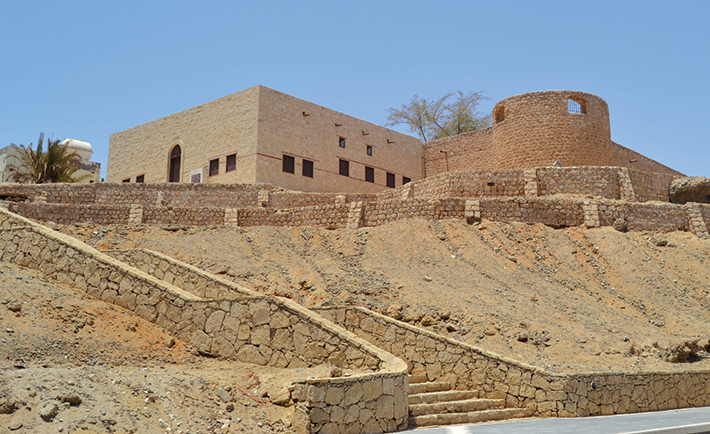 We traveled to the coastal city of Duba, where the weather was extremely hot and the air humid. Even after spending much of our lives in the Kingdom, our bodies had not become acclimatized to the non-AC desert weather. It was so hot that the car’s AC also gave up on us; no matter how high we turned the AC, it just wasn’t enough – the air somehow warmed before it reached us. 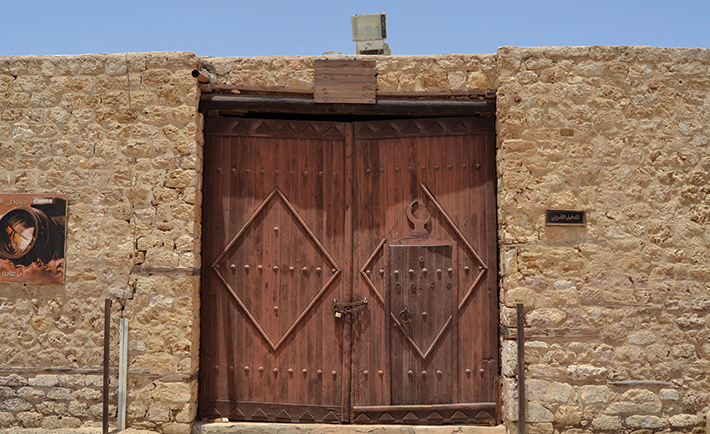 The city of Duba is famous for two things, its beaches, and the King Abdulaziz Fort. With the weather being absolutely not ideal for beaches, we went to the fort right away. The fort sits right by the sea overlooking a small seaport that looks much the same as it probably once did during the fort’s heydays. 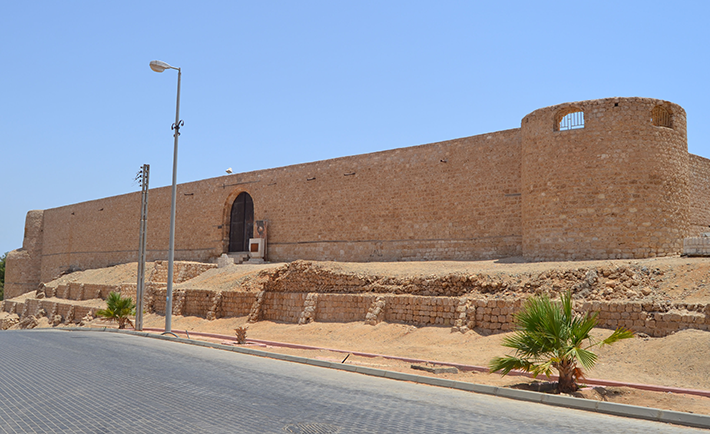 The seaport has much the same commotion and traditional boats, too, except that they are now motor-powered. We realized later that the part of the sea the fort sits by is actually a creek called the Duba Gulf. The city of Duba extends further South even beyond the creek, and the city’s famous fish market sits right opposite it. 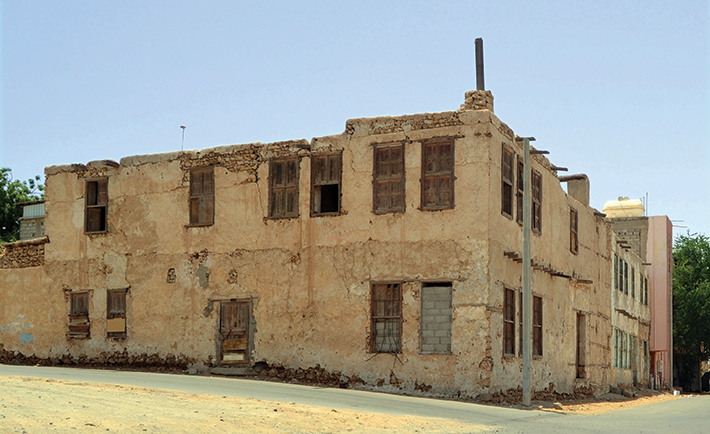 We reached the fort following the coastal road and it turned out to be larger than our expectations. The surreal fort felt like it would be an ideal site for a heritage hotel – a concept that hasn’t gained a foothold in the country yet. 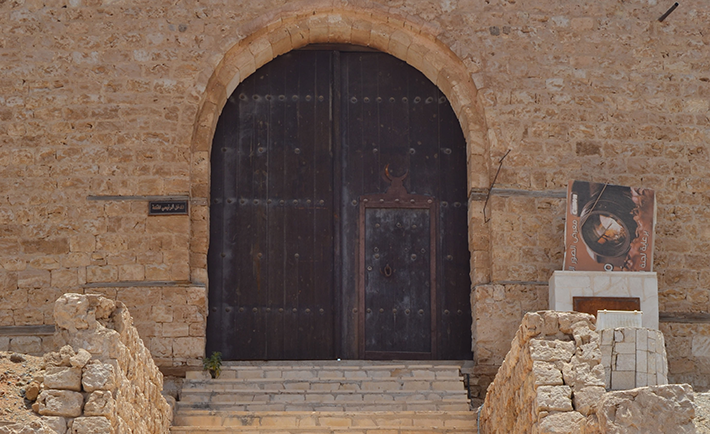 There were multiple entrances to the fort; all were locked. We roamed around the fort, admiring its walls, which looked like they had been restored in recent years. It felt a bit like it lost some of its history, as it no longer carries all its “scars” from the past – the battles it has seen, and its rise and fall from prominence. 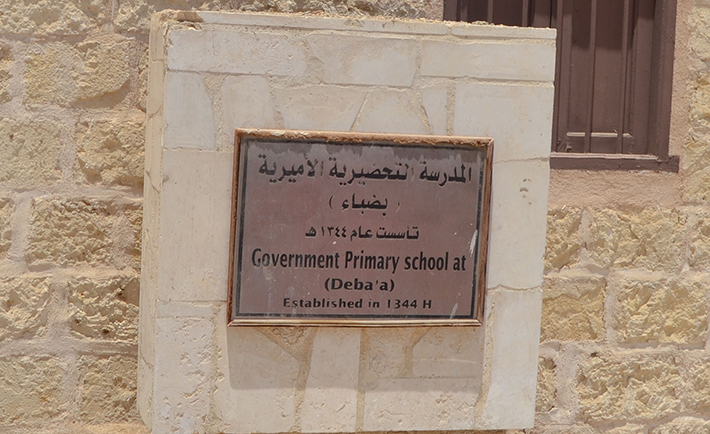 Built in 1933 CE during the reign of King Abdulaziz, it acted as the ruling center of the city. Most of Saudi Arabia’s forts are centuries old, but this one was constructed after the formation of the kingdom.

In the decades to follow after its construction, the fort was home to various governmental bodies including the defense and police departments. The different administrations made their slight modifications to the fort, some of which can be seen today. 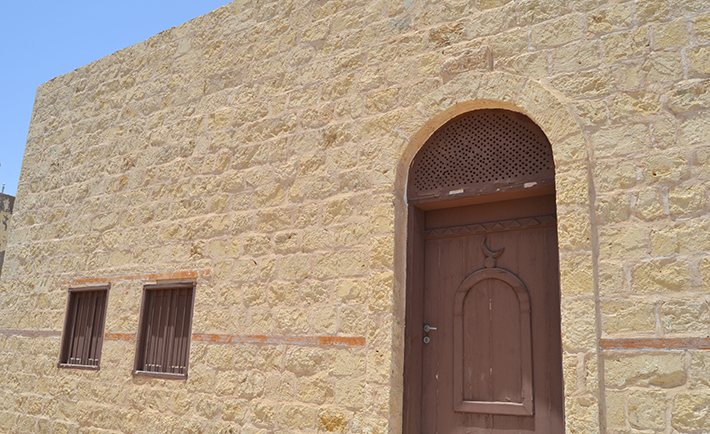 Spread over an area of around 1,000 square meters, the King Abdulaziz Fort has a pretty simple layout. It carries a rectangular shape with all four sides having small, round towers. Inside, there is a large courtyard and a few rooms that are largely made adjoining the outer walls.  Limestone sourced from nearby areas is the main construction material used in the building, characteristic to other fortifications in the region. 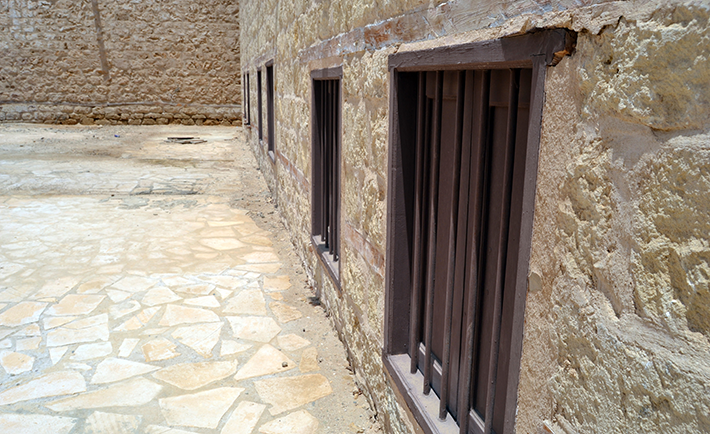 As the fort is located in the older part of town, there were historic buildings of a bygone time nearby that were crumbling their way to the future. We didn’t get a chance to explore the neighborhood more but it is definitely something that we’d want to revisit! 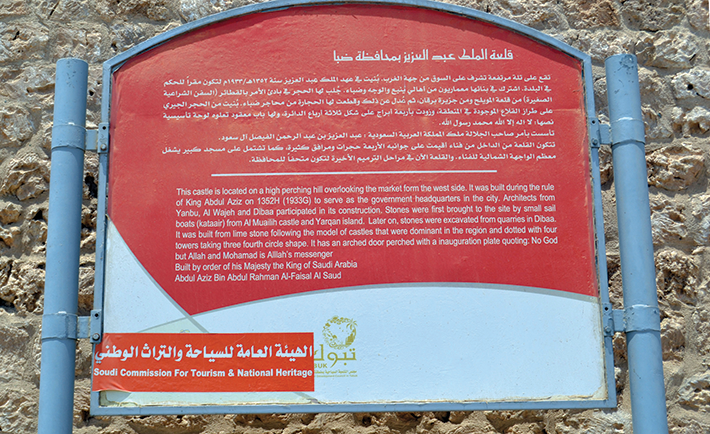