The Arabian Peninsula’s secret hidden fountain of youth and yumminess.

Ah, winter. It’s such a wonderful time of the year. It’s cold, it’s happy, you have an excuse to inhale hot chocolate every hour of the day, and you get to wear boots! We can’t think of any better time when the circumstances all lead to such a wonderful combination. Plus, with all the extra coats and layers you have to wear, no one will ever notice you gaining a few pounds here and there, which makes it the perfect time of the year to stuff your face with all the comfort food your heart desires. And if you’re a Najdi, that comfort food will most definitely mean hinaini.

What’s hinaini, you ask? Well. It’s a magical substance of super-edible properties that endow you with instant happiness and fulfillment for the next 12 hours after you have consumed it. It also grants you the ability to fly, and turns iron into gold. Also it tastes amazing.

Okay, no, we’re just kidding (kind of). Hinaini is a sort of date paste traditionally made from mixing wheat bread with de-pitted soft dates and butter (or laban in some areas), and then warmed over an open fire. There are a couple of variations and recipes and modernizations to it, but that’s the basic form. It’s also a specifically winter food, made only when the weather begins to cool down. Generally speaking, it’s not a dessert for the delicate of stomach, and it’s heavy enough to be a meal on its own. And for some odd reason, it seems to be a special Najdi delicacy, as we’ve yet to meet someone who isn’t living in the region who makes or eats it. 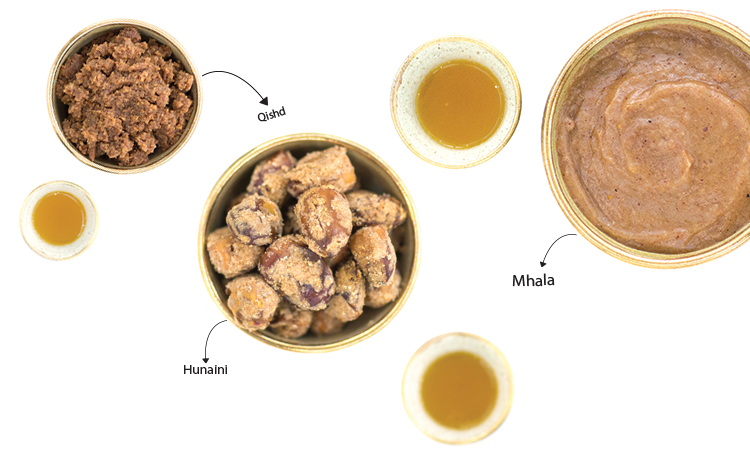 There are two main varieties of hinaini:

The Riyadh version, and the Qassim version.

Then there are the hinaini’s cousins, mihala and gishd. The Qassimi hinaini is traditionally shaped into a solid bunt form, with the indent in the middle used to hold the butter so that when it heats up, the butter gradually seeps into the date mixture. The Riyadhi hinaini is more loose, with the mixture being sifted through so the hinaini is in clumps, and the butter or vegetable shortening is drizzled onto the hinaini and then mixed in.

The textures for each are different, and if we’d be forced to choose between either one with a gun to our head… the Qassimi hinaini would probably be the one we’d grab first. Both are very delicious, but the former is more fun to eat and warms your belly faster. But shhh, don’t tell anyone we said that.

As for mihala, it’s a different take on hinaini that isn’t as popular, and is more like a pudding. Also, spices like cinnamon are usually added to the top so that there’s a slightly spicy aftertaste. Gishd is the least popular of them all and happens to be the most basic form, but it’s the to-go-to during camping season as it can be cooked on an open pan over a charcoal fire. It’s made of cooking together full dates and butter in a saucepan or pot until they mesh together, then adding a little wheat flour. And voila! It’s served. 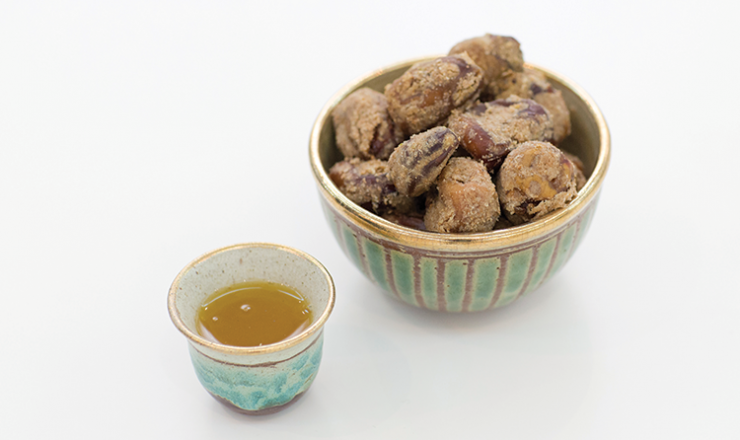 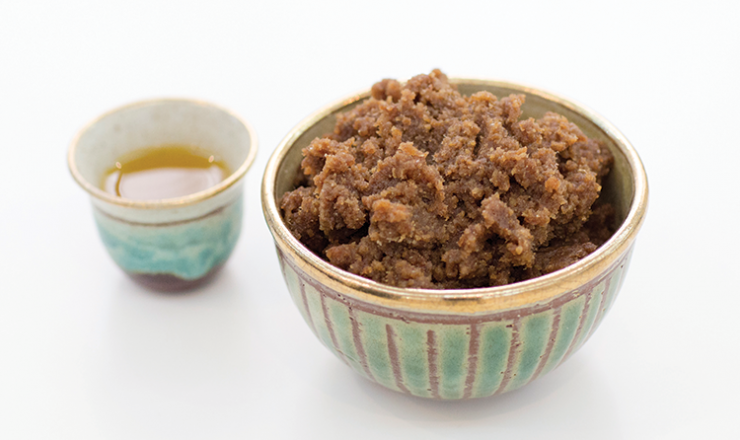 Now, to the most important question of all: Where to find some hinaini/mihala/gishd?

Unfortunately, as with most delicacies special to a region, it’s kind of hard to find authentic hinaini outside of a home. Some supermarkets do offer ready-made versions that you just have to pop in the oven, but they are nowhere near as nice as our grandmas’ and mothers’. Some home businesses offer it as well, and they might be the closest to homemade you can get, but we have yet to verify any guaranteed sources.

And there you have it! Now if you ever meet a Najdi during winter waxing poetic about hinaini, you’ll know exactly what they’re talking about! And maybe if you’re nice enough, they’ll share their grandmother’s hinaini with you. Probably. If they don’t eat it first.