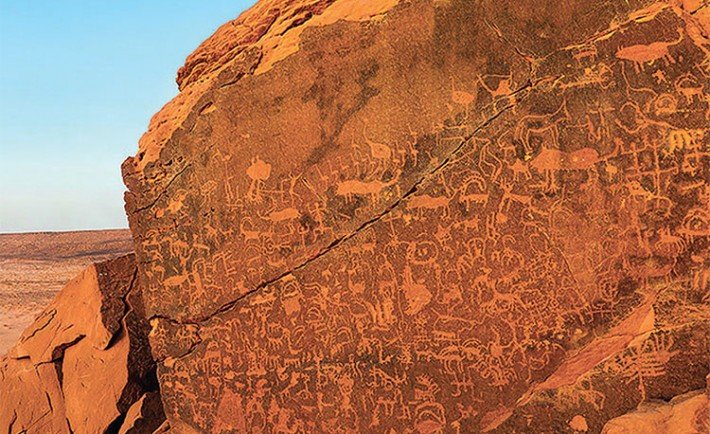 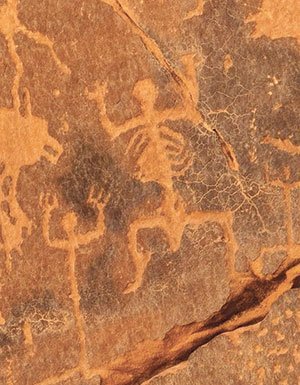 Saudi Arabia has an abundance of rock art sites, the most famous of them being the ones near the city of Hail that were recently enlisted in the UNESCO World Heritage List.

Qaryat Al Asba consists of multiple petroglyphs that sit atop a geological formation known as an inselberg. An inselberg is basically an isolated hill that rises abruptly from a plain. The work on the graffiti rocks is expected to be from the Neolithic Era.

There are multiple figures depicted on the outcrop that include camels, horse riders, ostriches, ibexes and various other animals. An interesting sight to see here are the depictions of ancient battle scenes. These battle scenes are beautifully depicted with clear petroglyphs of cavalry and infantry.

What visitors may find rather odd to see are petroglyphs that carry depictions of human skeletons that have their hands curled almost as if they were meant to scare onlookers. There are several other petroglyph panels on the inselberg but some of them have depictions that are too tough to decipher.

Though the graffiti rocks today seem to stand in the middle of nowhere in the barren desert, in ancient times the entire area was grassland. This rock art sight shows us what animals the people of the area were exposed to and gives us an idea of their lives and thoughts.