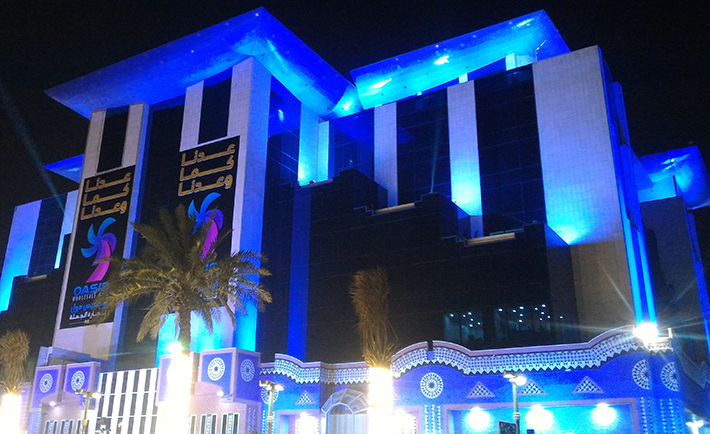 Bollywood music blares through its speakers, magic performances are being held on its stage, the place is chock-full with crowds, and cars fight for parking spots outside – the Oasis Mall is back.

A landmark in misery is the first thought that comes to mind when one thinks of Oasis Mall, however, that’s about to change as the mall has reopened to huge crowds. 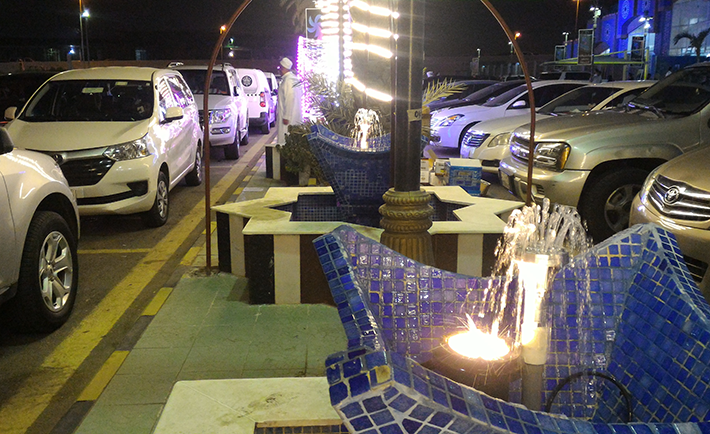 It has been almost 8 years since I’ve last visited the place, it was in its dying stages back then. Only a few shops were open and there were hardly any customers in the mall.  This is stark opposite to what the mall is like today with crowds in such numbers that the mall felt small to accommodate us all. We even had to park our car almost half a kilometer away as the parking lot was nearing its full capacity. 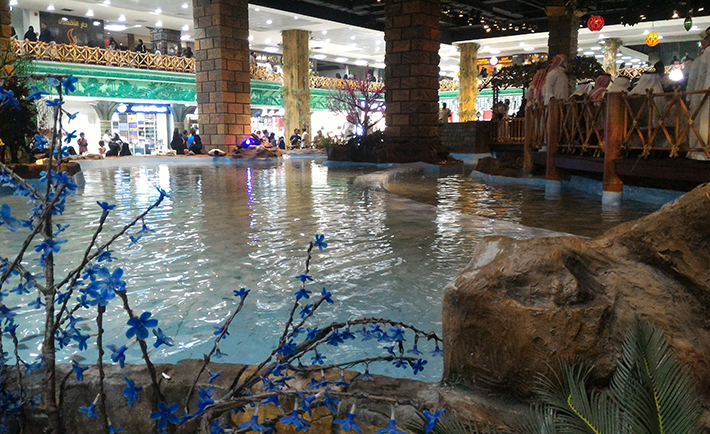 As we made our way towards the entrance we couldn’t help but notice how beautiful the blue tiles and black glass work looks. Inside, we were greeted by what is one of the most beautiful courtyards I’ve seen in Jeddah. I realized that despite being constructed almost 17 years ago, hardly any mall in the city can match the aesthetic beauty of this mall.

But it isn’t like the other malls that you have in the city, the Oasis Mall has relaunched as a wholesale mall. There was hardly any well-known store inside, most of the shops were of local brands. Even the food court, which has not fully opened is sans international food chains. 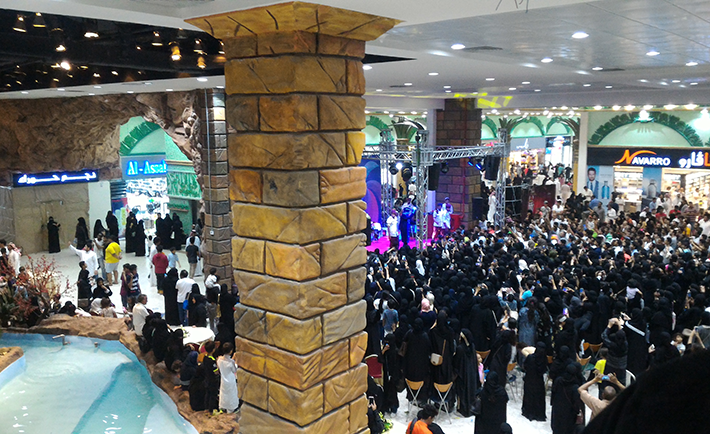 So basically what the shops were offering were the same things that you get in a regular mall but at what appears to be in lower prices, which is presumably due to the wholesale factor. Purchasing in bulk didn’t seem mandatory, as we personally observed that the shops were willing to sell even single pieces to customers.

There was even an event being held when we visited the place, the children seemed to enjoy it the most. The grand attraction of the event was a magic show that had the crowd’s full attention. 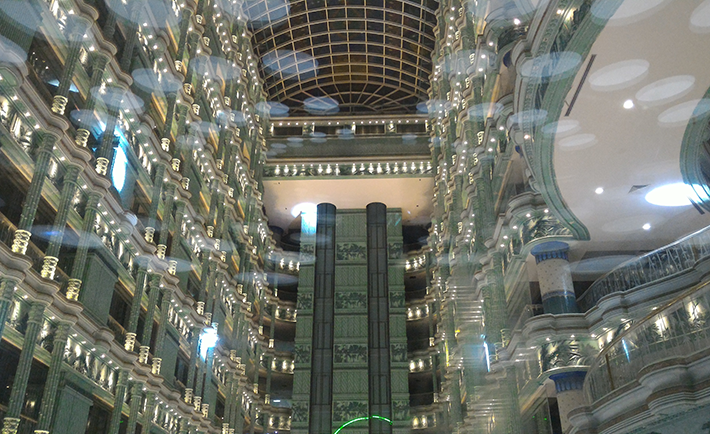 Overall, it was a great experience reliving those memories and being visually treated to what is one of the most beautiful malls.