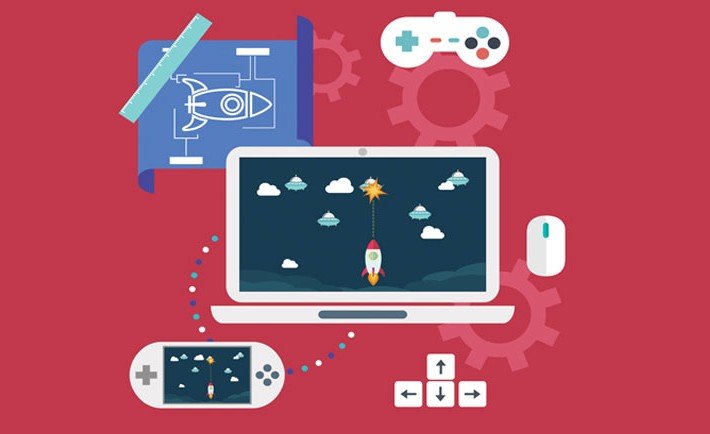 The gaming scene took over the stage in the biggest annual Tech conference in the middle east, ArabNet.

The three-day event covered trending topics, tech, coding, social media and the growing gaming industry. During the Gaming panels, 6 games were chosen as finalists made by middle eastern creators for the gaming competition. Although “Popcorn Chef” was the ultimate winner of the competition, all the games presented were over the top addictive and exciting.

This game is played on a 2D platform and plays you as a cat, who wakes up suffering from amnesia. The goal is to attempt to piece together what happened the night before, and try to escape the manor.

The game allows you to solve puzzles to open up new sections of the manor in hopes of finding a way out.

This game has two Blops flying in the sky, where each Blop only eats the matching-color cookie to keep it flying, otherwise when it eats other color cookies, a Blop can’t digest it and would fall like a rock. Stay alive as long as you can by avoiding the wrong colored cookie and aiming for the matching one.

A bat in the depths of a cave is made to get to the exit by flap the bat to avoid hitting the cave walls and obstacles to reach the exit on one try. When you hit the sides of the cave or any of the obstacles you dies and start all over again.

This game is a waterfall made out of cute animals where you clear paths to build combos and get a bigger score by matching the correct animal to the correct source. This game requires concentration, technique, and the time for a full addiction spree.

Rung(Court Piece) is the most addictive card game in the South Asia. The game is also known as CoatPiece.

The game had 13 rounds and is played by appointing a trump car also known as ‘Hukum’ in Arabic.

Popcorn Chef is the funniest and most extreme popcorn cooking simulator!

This game has 30 different challenging cooking pots, which unlock as you gain higher scores by different types of popcorn!

This is the game that will have you craving for a real pot of popcorn every time you play!