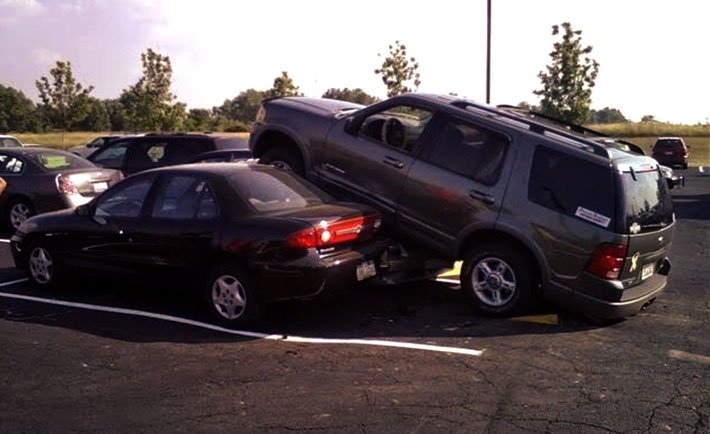 Hah. We see you smiling. You know what we’re talking about. Somehow, parking lots and their issues have managed to transcend cultures and geographies to become an equal experience to people all over the world.

No matter what country you’re in, you’ll find these people. Trust us. We’ve conducted a study*.

The dude’s got somewhere to go. He’s doing 120 k/h in a tiny space of concrete and by golly he won’t let anything -either human or building- get in his way. He’s MIB and their headquarters in Riyadh just contacted him about an alien infestation in the nearby Zara. Who cares if he accidentally tramples a woman with a baby pram? He’s speeding because he’s on his way to save the world, don’t you understand? He doesn’t have time to deal with stupid things like safety. Psh. That’s just for mere mortals.

What? One allotted parking space? What nonsense is this?! This particularly special human’s beat up scratched Crown Victoria needs to be safe! It needs more than just the one measly space. His precious deserves three spaces, and he’s going to park diagonally to make sure no one even tries to weasel their way in. Never mind that the parking lot is probably crowded and every space counts, no. His car is the queen of the world, and he wants you to know it.

You know when you’re standing in a really long line to the gate of the mall or a wedding hall, and you’re wondering why there’s such a hang-up? And then you give up and walk to the gate, and find out that the reason it took you 45 minutes to inch forward is because this lady waited in her car until her driver got out himself to open her door for her. But we aren’t judging. No, really, we aren’t! We get it. Some people just have wrists that are so weak, it might damage their prestige muscle tendons to push a door-handle and step out. It’s a horribly debilitating condition, the poor things.

Cheaper by the Dozen

We never look down on big families. Heck, we’re part of a big family ourselves, and we love every bit of it. But there are the people with big families, and then there are the people with big families who squeeze in 20 members in one itsy bitsy car and then spend an hour piling out or piling in right at the front of the parking lot door, complete with a very hard-to-assemble baby pram or two (or three). They don’t stop at the side to get their Steve Martin family comedy slash hardcore Tetris epic on. No. They have to hog the very main entrance to whatever place you’re trying to get to. And don’t even get us started on the seat belt issue. 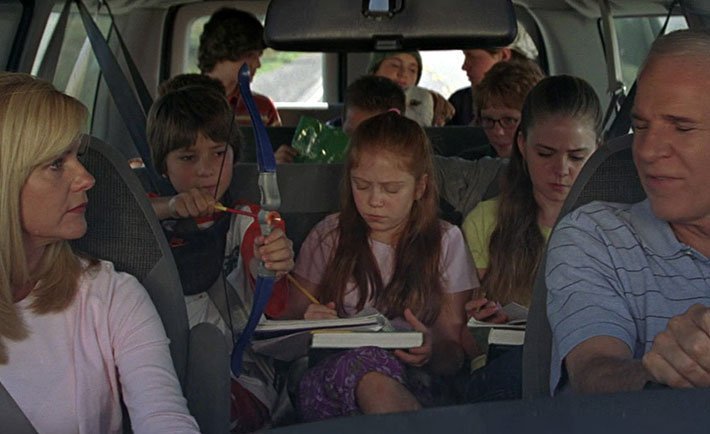 You’ve gone around the parking lot a million times. It’s jam packed, and you’re this close to giving up and spending all of your savings on a helicopter when aha! You spot someone getting into their car to leave. Salvation! You line up in front of the soon-to-be empty parking spot and wait politely until the other car pulls out. Then, just as you’re about to pull into that sweet sweet spot of free real estate, bam! Someone out of nowhere speeds in and steals your space. Your earned space. And then, as you watch, they swagger out of their horrible nasty vehicle as if they had done nothing wrong. It’s a killer, we tell you. The absolute worst.